Saying goodbye, again. After confirming that he won’t be joining Captain Lee for season 10, Below Deck’s Eddie Lucas questioned his Bravo paychecks on his way out.

‘Below Deck’ Franchise Stars That Dramatically Left Throughout the Years

“I was not invited back to do another season,” Lucas, 37, told the New York Post on Wednesday, May 11. “I actually didn’t even get a phone call from them saying they hired someone else — which kind of goes to show what the production entails. Everyone on Below Deck is expendable.” 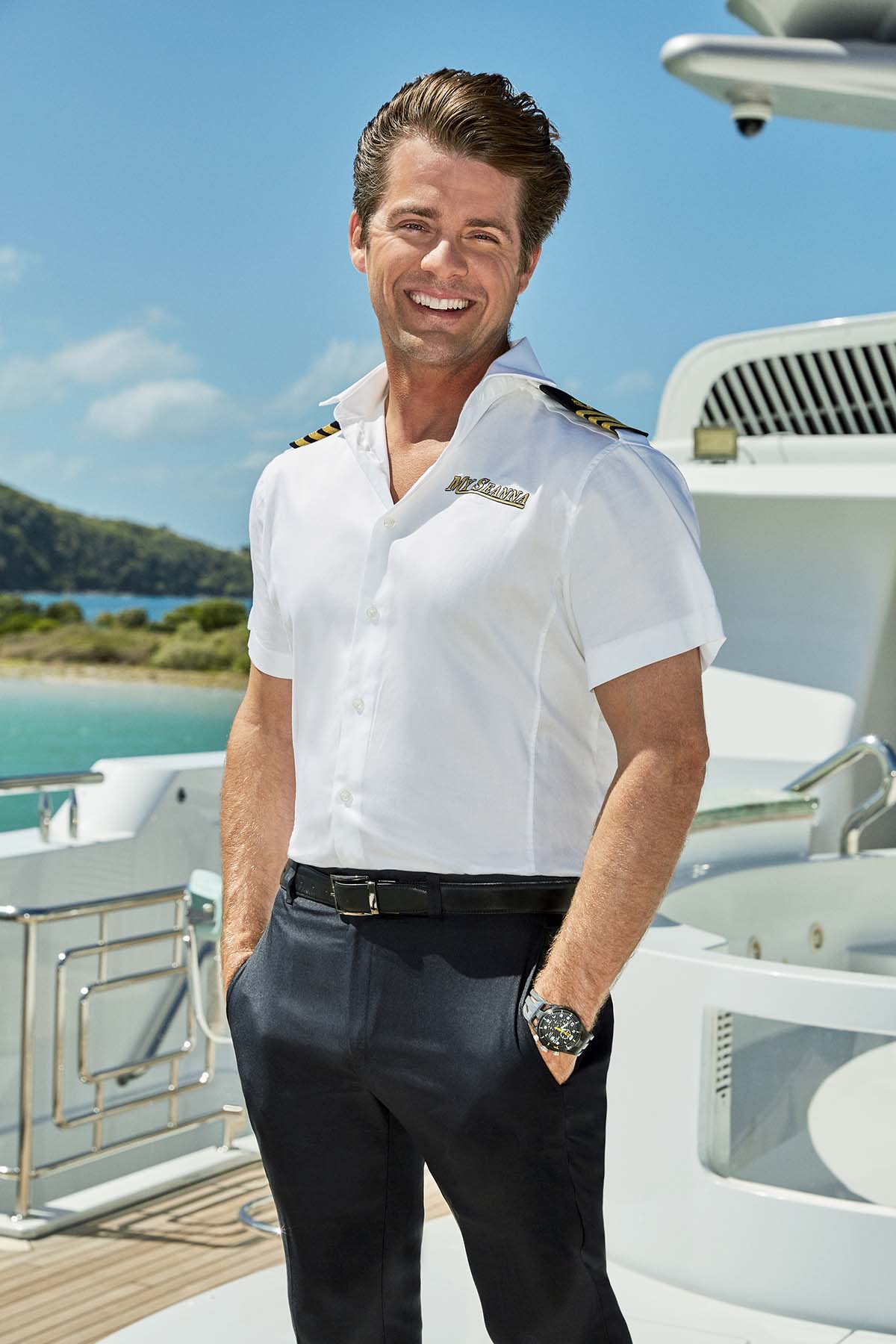 The former bosun also reflected on his issues with how the Below Deck cast was paid for their work. “There is somebody monetizing off of the show, but it’s definitely not us,” he claimed. “Below Deck — regardless of it being the most popular show on Bravo — we are the lowest-paid cast members.”

The Bravo personality continued: “While we do get paid better than a normal yachtie, of course, we are still not getting paid what people like the Housewives are making, which is a little frustrating, because they’re not really working — they’re just going out to dinner and fighting.”

Lucas noted in the interview that despite his frustrations, he would be willing to return to Below Deck in the future.

‘Below Deck’ Franchise Couples That Happened Outside of Their Seasons

The first officer’s surprising departure comes after he joined Captain Lee, 71, for seasons 8 and 9. He was previously a cast member on the hit reality series from 2013 to 2015.

In August 2020, Executive producer Courtland Cox weighed in on Lucas’ ability to offer support to his boss with his onscreen return. That same year, Captain Lee revealed that his only child passed away.

“On the heels of this incredibly awful tragedy that Lee and Mary Anne suffered to be able to have someone familiar like Eddie come back, when he has been like a son to Lee, it got magnified into this kind of amazing but awful coincidence,” Cox said during an interview with Vanity Fair at the time. “While you’re seeing what Lee went through and seeing what Eddie meant to him, it really puts it in perspective how you’re making a TV show with real human stakes.”

Things took a shocking turn during season 9 when Lucas got caught in the middle when chief stew Heather Chase used the N-word on screen. During a crew night out, Chase, 27, made headlines for saying the word in a conversation with Rayna Lindsey. Even though the newcomer apologized, the topic was brought up again throughout the season.

Below Deck’s Biggest Drama Through the Years

Lucas, who was told about the incident by Lindsey, denied that he would “brush racism under the rug” after seemingly not addressing the situation on screen. “I mean, I was told on numerous occasions to not talk about it and not bring it up anymore,” he claimed during a virtual YourEncore event in December 2021. “It was actually a really good conversation that we were having. And it’s just gotten spun into something different.”

Earlier this year, Lucas and Lindsey raised eyebrows when the deckhand claimed that her superior tried to silence her concerns. During the reunion episode in February, Lindsey accused the Maryland native of falsely claiming she said a homophobic slur in an attempt to stop her from discussing her issues while filming.

Lucas, for his part, said that he couldn’t recall what they discussed but noted that he was trying to point out to Lindsey that she was also engaging in offensive behavior. At the time, host Andy Cohen clarified that Bravo had no footage of Lindsey saying a slur.

Us Weekly has reached out to Bravo for comment.