Hundreds of thousands of home buyers have breathed a sigh of relief after the Chancellor extended the stamp duty holiday.

As many as 300,000 additional home purchases are expected to now benefit by the end of June deadline following Rishi Sunak’s announcement.

He said in the Budget that the stamp duty holiday will continue to apply to the first £500,000 of a home’s purchase price until June 30, 2021

It will then taper off, applying to the first £250,000 until the end of September, before returning to £125,000 at the beginning of October. 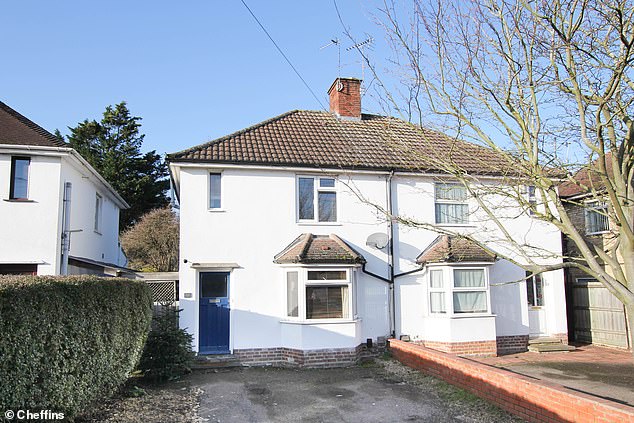 The purchase of this home in central Cambridge (by Rhiannon Davies and her partner Harry Lewis, pictured below) should now be tax-free following the stamp duty holiday extension 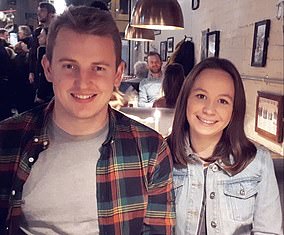 Rhiannon Davies, 25, a first-time buyer, is buying a house with her partner Harry Lewis.

She is hugely relieved at hearing about the stamp duty extension as it will save them £13,750.

The couple are in the process of buying a house (pictured above) in central Cambridge through Cheffins estate agents for £425,000.

Miss Davies said: ‘The extension of the stamp duty holiday is hugely reducing the stress of our property purchase.

‘We are currently in rented accommodation and one of our main issues has been the potential overlap between the two properties, meaning we would have to pay both rent and our mortgage which would have been a nightmare financially.

‘The announcement of this reduction in the tax though means that we don’t have to panic quite so much when it comes to timings.

‘We were hugely stressed about being able to complete on our sale by the end of March, particularly if a hiccup had happened along the way, which would have meant we would have missed the March 31 cut-off date. It really is a relief for us.

‘Also, the financial benefit of the stamp duty extension means that we will now have the budget to make the house our own. We can get a new sofa, change the carpets and buy some new furniture which I am now really looking forward to.’

The Chancellor had been widely tipped to extend the stamp duty holiday, which was due to expire at the end of this month.

It followed concerns about the property transaction pipeline being jammed amid pent up demand in the property market.

The property market was briefly closed last spring in the first lockdown caused by the coronavirus pandemic, with people told not to move house unless it was absolutely essential.

The stamp duty holiday was then introduced in July, generating added momentum to move home due to its time limited nature.

It was feared that there would be a cliff edge where thousands of house sales would collapse due to buyers being unable to afford to go ahead with the additional stamp duty costs once the tax holiday ended in March.

The gradual lowering of the stamp duty threshold by the Chancellor in July and October aims to address these fears.

Property website Rightmove said the stamp duty extension would see an extra 300,000 home purchases get through with a tax break before June.

And it suggested that 45 per cent of all properties bought from July to September would be exempt from stamp duty.

Rightmove’s Tim Bannister said: ‘This three-month extension will come as a huge relief for those people who have been going through the sales process since last year and were always expecting to make use of the stamp duty savings.

‘Our recent data shows one in five sales that were agreed in the same month the stamp duty holiday was first announced in July last year still haven’t completed, so this additional time will make a big difference to help those stuck in the logjam complete their purchase in time before the new end of June deadline.’

Nick Leeming, of estate agents Jackson-Stops, said: ‘It is excellent news that the Chancellor is extending the stamp duty holiday in this way, thereby saving thousands of transactions that are currently at risk due to the logjam in the market and reducing the potential of another cliff edge later this year.

‘The announcement of a phased approach to the holiday’s end until September is particularly welcome at this point in the year as we enter a traditionally active period in the market. This will provide certainty to buyers over coming months and will safeguard against transactions falling through in a few months’ time, giving the market the best chance of thriving in the long term.

‘The stamp duty holiday has been incredibly effective in supporting the market through these challenging times.’