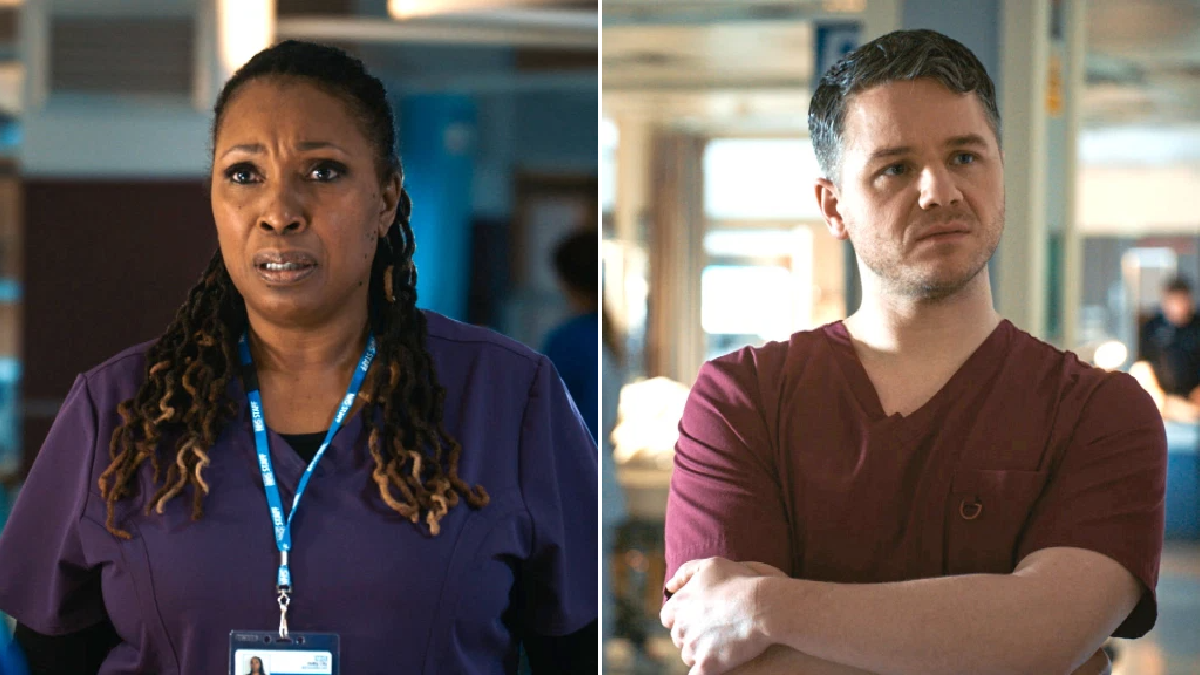 Following his terrible car accident in Holby City in February, Dominic Copeland (David Ames) finally seems to be moving on with his life. Last week he mentioned that he wanted to try for a consultant’s post, and he puts the idea in motion in tonight’s episode, asking Sacha (Bob Barrett) to give him a reference for the job.

Hanssen (Guy Henry)’s keeping a close eye on him, too. It’s clear that the accident has changed Dominic mentally as well as physically, and in his determination to get the job there’s no limit to how far he’ll go to succeed – but who will he trample on to get what he wants?

On the day of her mother’s funeral, Max (Jo Martin) is in denial about the results of her BRCA1 test and Louis (Tyler Luke Cunningham) is shocked to discover she hasn’t even made an appointment with the breast clinic to talk about preventive surgery. Instead she’s determined to throw herself into her new role as locum director of surgery. An old face from her past, surgeon Treve Harding (Karl Collins), makes Max reflect on what’s important to her. Will she decide to go ahead with the treatment?

Kian (Ramin Karimloo) is worried about Andrei, as he hasn’t heard from him since he was driven off by the thugs who beat Kian up and left him bleeding in the car park. Luckily there’s still a link to missing Andrei – Evie Fletcher (Phoebe French), on her first day as a barista in Pulses, wants to return the jumper that Andrei loaned her after he spilled coffee on her before her job interview.

Fletch (Alex Walkinshaw) is naturally concerned that Andrei is apparently mixed up in criminal activity and warns Kian to keep Andrei away from his daughter. Could Evie be at risk?

And Ange (Dawn Steele) finds that being in a relationship with a younger man can be tricky when Josh (Trieve Blackwood-Cambridge) announces that he wants them to go out for a drink (they haven’t actually been on a date yet, just the occasional rendezvous in an on-call room or a cupboard).

And he wants Chloe (Amy Lennox) to join them to prove to Ange that he’s serious. Is Chloe ready to accept Josh as a potential stepfather?

Sue Haasler is the author of five novels and the official BBC Holby City book, which you can read about here.

Meghan Markle reveals her dogs have been a source of comfort

Fifth self-employment grant: When can I apply for and how much will SEISS boost be?