They cracked the code! Olivia Culpo and boyfriend Christian McCaffrey are putting their long-distance dating chapter behind them — and they couldn’t be happier.

Rooting for Them! Celebrities Who Are Dating Athletes

The NFL pro, 26, was traded to the San Francisco 49ers in October after playing several seasons with the Carolina Panthers. Culpo, 30, opened up about the big change during an exclusive interview with Us Weekly, noting that she was excited to be on the same coast as her beau.

“I’m so happy that Christian is in San Francisco. It’s going to make everything so much easier,” the Culpo Sisters star gushed on Tuesday, November 1. “I feel like when you care about somebody, you have to understand the things that they’re gonna have to do to reach their dreams and potential. And part of that means being apart.” 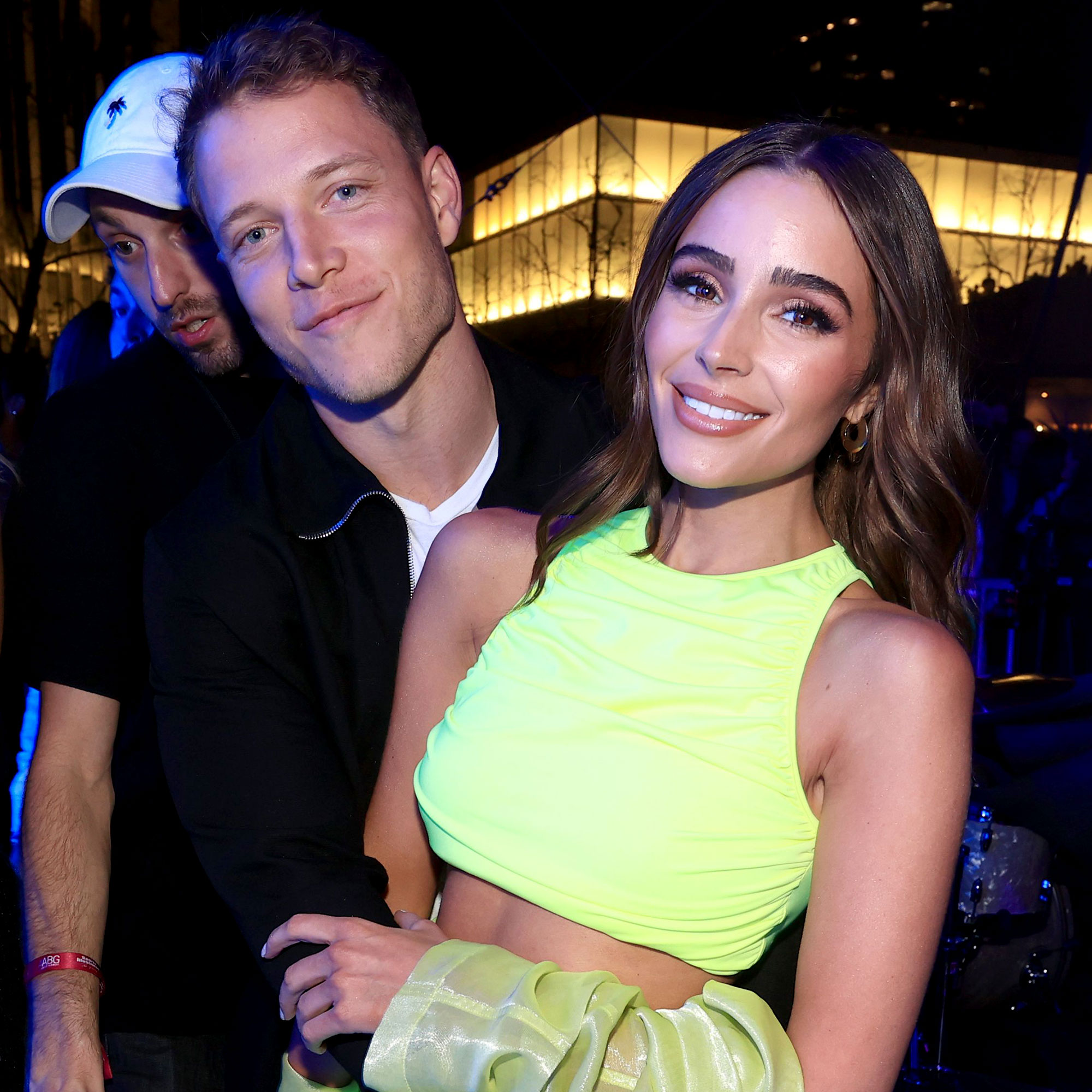 The former Miss USA winner added that both she and McCaffrey want “to do the things we wanna do” in their careers “while we can,” no matter what curveballs they deal with in the process. “We’re both really understanding about [our] schedules and the way that things have to work for the time being, and that definitely helps,” she told Us. “I think when you’re on the same page with that you can, you really can make it work.”

Culpo and the running back were set up in June 2019 following her split from Danny Amendola. The couple publicly confirmed their relationship in February 2020 while attending the NFL Honors ceremony in Miami and have continued to be each other’s biggest fans.

When news broke of McCaffrey’s trade last month, the Sports Illustrated Swimsuit model was quick to sing his praises. “I’m so proud of you Christian! Seeing your light shine is one of my favorite things in life and I’m beyond excited and grateful for this next chapter in Cali, the place I’ve called home for the last 8 years,” she wrote in a sweet Instagram tribute. “Niners Nation, let’s go!”

Fans will get a closer look at the duo’s relationship when The Culpo Sisters debuts on TLC — but a lot has changed since the cameras stopped rolling. The Rhode Island native “would love to” reach the “next steps” with McCaffrey, she told Us.

“[We’re] taking it day by day,” she noted when asked about whether she sees marriage or children in the pair’s future. “It’s really exciting, you know, there’s so much to be grateful for and I don’t wanna give too much away because we do get into this a lot in the show but … I know that everything’s gonna work out exactly how it’s supposed to. I’m really excited for that.”

Along with McCaffrey and Amendola, 36, Culpo dated Nick Jonas from 2013 to 2015. Following their split, she was briefly linked to Tim Tebow.