I escaped my abusive husband to live in a refuge 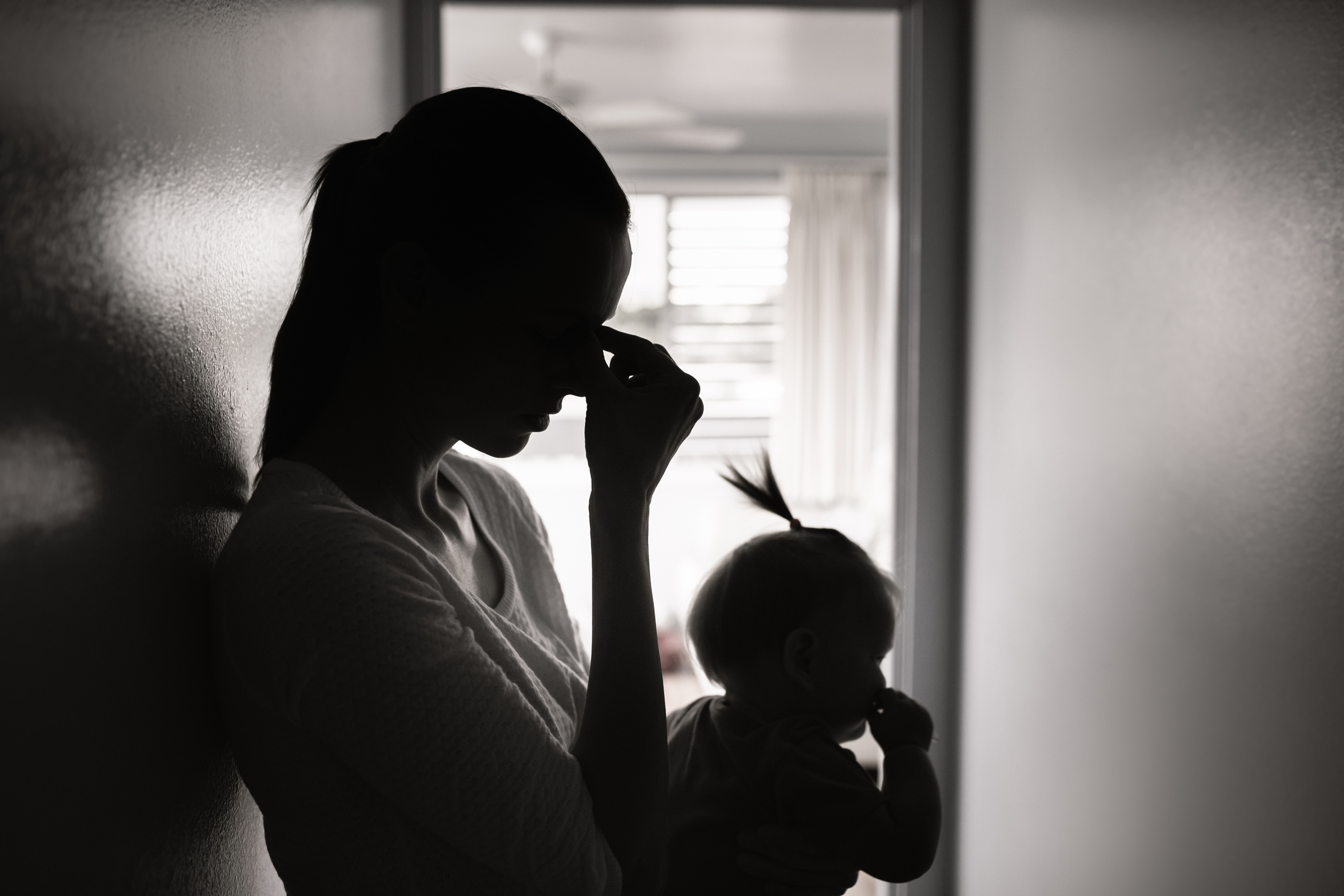 The day my husband lost control with me in front of our newborn baby, I knew he was never going to change. I had to leave him.

It’s fair to say things had never been great in our seven years of marriage. Just a few months into being together, I realised that he had trouble communicating what he did and didn’t want. Things only got worse after the wedding – I began to see his other side.

He’d make up elaborate stories about what I got up to during the day, telling everyone who’d listen that while he was out, someone would come to the house and sleep with me.

Of course, that wasn’t true, but he was so convincing that I had to struggle to get our friends and family to believe me. In their eyes, I had to be the cause of his moods: ‘She must be having an affair or something, that’s why he’s so upset.’ But it was all in his mind.

He was so angry, so often, and would lash out at me at a moment’s notice. Living on eggshells doesn’t come close to describing the amount of tension that coursed through me, day by day.

When he was eventually diagnosed with schizophrenia, I was relieved. Finally, I didn’t have to prove myself to anyone. But instead of this diagnosis being the first step in him getting better, his behaviour only got worse as time went on.

For the first four years of our marriage, his problems were my burden alone. Through him, and his family, I was brainwashed into believing that being a good wife and partner meant taking his blows, and keeping quiet about it to keep up appearances.

But when we started having children, his behaviour didn’t improve – and now, it was starting to affect young people whose minds were being shaped with every single thing they saw and heard.

He didn’t care if the children were around, or if anyone could see what he was doing – he’d just attack.

I never thought of leaving him because when he was diagnosed, I was made to think by his family that it was my job to stay and be there for him, even when it meant that I got hurt. I was more of a carer than an equal partner, and I took the responsibility of his wellbeing and happiness upon myself.

I’d been fed the lie that if I was honest about what was going on, my children would get taken away from me

I was genuine and loyal to him; the fact that he never cheated on me made me think that he loved me but he just couldn’t show it. I clung to the idea that his behaviour would eventually change.

So, I stayed, despite the fact that I even had three miscarriages due to his abuse – through both stress and his physical violence towards me.

But something changed after my third child, the youngest, born. He didn’t even want to look at him. My husband showed no interest in any of our children, and it hurt me.

One afternoon, around two weeks after the baby was born, he was driving our car while I was in the back seat with the children. All of a sudden, when he stopped at a traffic light, he turned around and started attacking me.

I was holding our newborn in my arms, and the other kids were crying – but still, he wouldn’t stop. He even tried to bite me.

Somehow, I managed to get out of the car and someone who’d witnessed what happened reported the incident to the police. When officers came to my house a few days later, I didn’t trust them enough to tell them the whole truth.

I’d been fed the lie that if I was honest about what was going on, my children would get taken away from me – or the police would ignore what I had to say and nothing would change.

Despite there being services for people in need of help advertised in public places, like the GP, I was told by my family and my husband that they didn’t really exist – and I believed them.

But one police officer on their visit told me that even if my husband was mentally ill, it didn’t mean that I deserved to be treated that way; it wasn’t my job to stay in an unsafe situation.

From that moment, something shifted. It took a couple of weeks to finally act, but I knew that I had to leave, and make sure my children weren’t raised in a toxic environment any longer.

I couldn’t let them witness their father’s behaviour anymore. When my eldest, age three, would see how her father would show his anger with physical violence towards me, she’d do the same with her younger sister, who was nearly two.

She’d start hitting her – and not in the way that siblings sometimes fight, before they have the ability to control themselves and use their words – but she’d beat her repeatedly, sometimes until her anger subsided.

Sometimes, it takes sharing your pain to really understand for yourself what you’re going through.

I couldn’t let them become hard-wired with trauma, and grow up to believe that violence is the norm. So one day, I told my husband and his family that I needed to visit my aunt in a nearby town. With a new baby, I needed some extra help that my husband couldn’t give, I said.

Because they trusted me to keep quiet about the goings-on in the house, they let me go – and that was the last time we were under the same roof.

When I met with my aunt, I finally opened up about all that we’d been living through – she’d had no idea. Sometimes, it takes sharing your pain to really understand for yourself what you’re going through.

She told me that I had to leave him for good, and move somewhere safe. I called the police, who put me in touch with the National Domestic Abuse Helpline.

Within nine days, I was living in a Hestia refuge with my children – a large house, sharing a floor and a kitchen and bathroom with another family, while other family units live across two other floors.

During those nine days, I was so anxious about the future. I asked questions like, ‘Where will I end up?’, ‘Will my kids be able to adjust to the new environment?’, ‘How will I live on my own?’

But from the start, I felt that the environment was very safe and secure and there was support available. Plus, there were other families who went through their own experiences of abuse, living in the same building as me.

When you share your story with them, you can see that you’re not alone. It makes you realise that leaving was the right decision.

It’s been seven months in the refuge now. I don’t feel heavy anymore; I don’t feel as if I have to explain myself to anyone. The burden is gone.

It is nice to meet different people from different backgrounds and cultures.

And as for my children, I’ve noticed that they are very happy, living away from our old house. There are other kids to play with, which they love. I can see their confidence growing all the time. Before, they’d get shy and hide behind me if someone spoke to them, but now they’re very vocal and brave enough to be themselves.

I think people wrongly assume you’re going to be living somewhere terrible when they hear the word ‘refuge’ – but it’s only because of Hestia’s help that I’ve been able to start living life the way I should have been for years.

Being at the refuge has been a life raft for me; it’s given me the safety and stability to get my life together and figure out what the next step will be for my family. Currently, I’m doing a BA in Childhood Studies, with the hope of working with children in the future.

I wish I knew that refuges existed earlier because I wouldn’t have wasted so much of my life.

I wish I knew sooner that I was not helpless, or on my own. But, it’s never too late to put a stop to a horrible situation.

I want anyone who’s been through a story like mine to know that there is light at the end of the tunnel.

You’re not alone and things can get better if you speak up. There is life beyond crisis.