Home » Lifestyle » 'I Love You'! Harry Potter's Rupert and Emma Get Emotional at Reunion

'I Love You'! Harry Potter's Rupert and Emma Get Emotional at Reunion 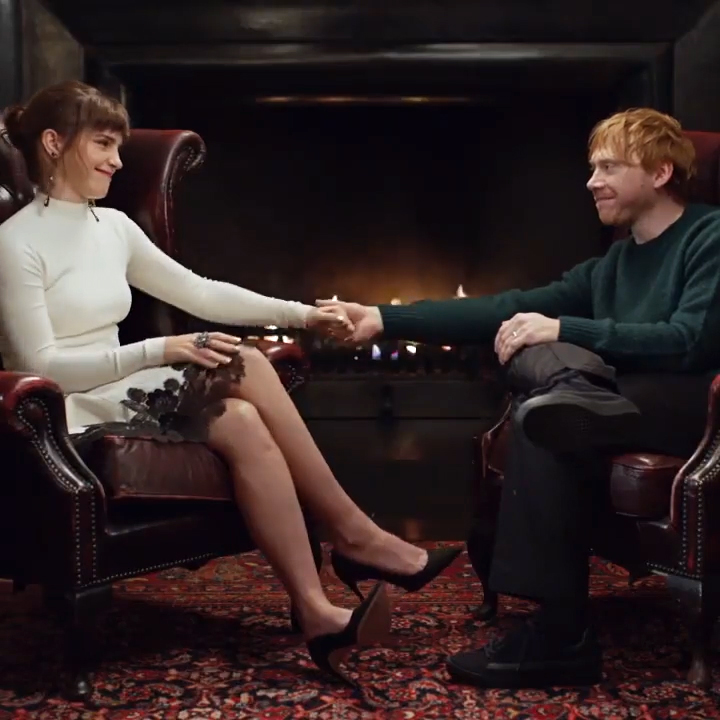 Laughing through the tears. HBO Max’s Harry Potter 20th Anniversary: Return to Hogwarts special featured some emotional moments between the stars, and Rupert Grint knew exactly how to make Emma Watson smile when they both started crying.

In the reunion, released on Saturday, January 1, the Ron and Hermione actors had a chance to sit down one-on-one to reflect on their time filming the eight movies together. Grint, now 33, and Watson, now 31, started filming the movie in the year 2000.

“The way it feels for me now, like, seeing you here, having had time apart — I’m gonna try not to get emotional,” the Little Women star said as she started to get choked up. “It feels like you’re, like, a pillar of my life.”

Grint said the Brown University alum was just as significant in his own childhood. “That’s a very overwhelming thing because I’ve watched you grow up. We’ve watched each other grow up. We grew up together. We’re family. We don’t need to see each — Oh, my God,” he chuckled as he realized he was getting teary-eyed too. 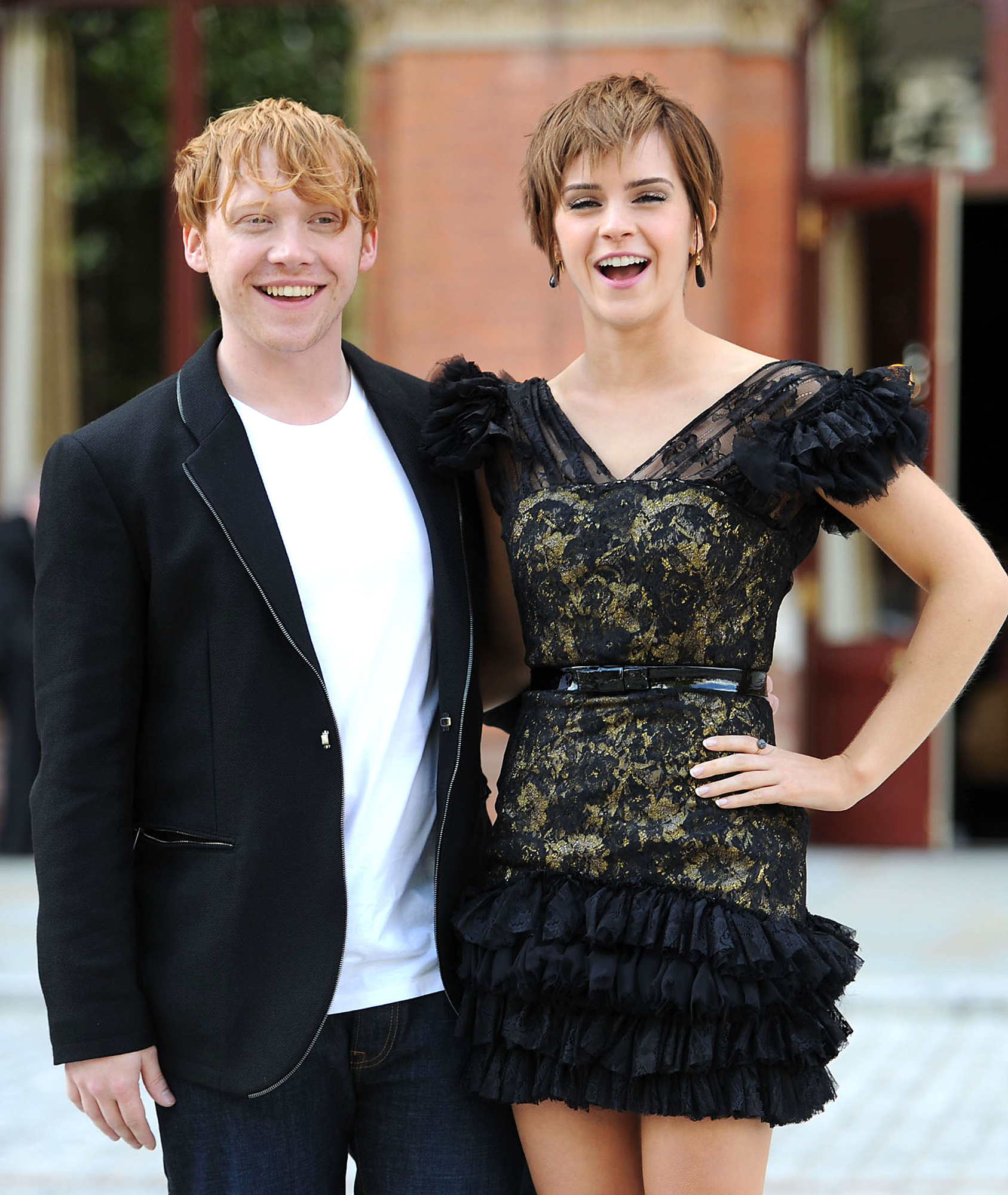 The actors held hands and leaned in for a hug. “Oh, it’s so nice to see you,” Watson said.

The Paris-born thespian nodded as she wiped tears from her eyes, and her former costar decided to lighten the tender moment, adding, “As a friend.”

Watson burst into laughter. “Just to be clear for everyone watching,” she giggled.

“Just to be clear,” he smiled before turning serious again. “But it’s true. There’s so much love.”

The activist was clearly touched by his heartfelt declaration. “Oh, thanks Rupes,” she said.

Of course, the reunion special wasn’t just about Ron Weasley and Hermione Granger. They were joined by Daniel Radcliffe (Harry Potter), who apologized to the two for teasing them so much when their characters finally had to kiss in Harry Potter and the Deathly Hallows Part 2. The special also included Tom Felton (Draco Malfoy), who Watson explained stole her heart while in the on-set classroom.

Harry Potter 20th Anniversary: Return to Hogwarts explored the legacy of the fantasy series since the first movie debuted in November 2001. Following Harry Potter and the Sorcerer’s Stone, J.K. Rowling continued to tell the story of Harry Potter adjusting to life as a wizard at Hogwarts School of Witchcraft and Wizardry, all while trying to take down Voldemort (Ralph Fiennes) in six more books. Before the reunion special was released on HBO Max, Watson reflected on the memories she made playing Hermione over the years.

“Harry Potter was my home, my family, my world and Hermione (still is) my favorite fictional character of all time. I think a journalist once said it was irritating how many times during an interview I mentioned how lucky I was and started counting… BUT I DAMN WELL KNEW!!! And still know,” she gushed via Instagram in November 2021. “I am proud not just of what we as a group contributed as actors to the franchise but also as the children that became young adults that walked that path.”

At the time, the activist also explained how much work went into creating such a lasting memory with Harry Potter.

“I look at my fellow cast members now and I am just so proud of who everyone has become as people. I am proud we were kind to each other that we supported one another and that we held up something meaningful,” Watson noted. “Thank you to the fans that have continued to show their support well after the last chapter closed. The magic of the world wouldn’t exist without you. Thank you for fighting to make it such an inclusive and loving place. I still miss the crew who made these films all the time. Thank you for all of your hard work too – I know your contributions sometimes get overlooked.”

Everything the ‘Harry Potter’ Cast Has Said About a Potential Reboot

Lewis, for his part, explained during the reunion special how much playing Neville meant to him during his formative years. 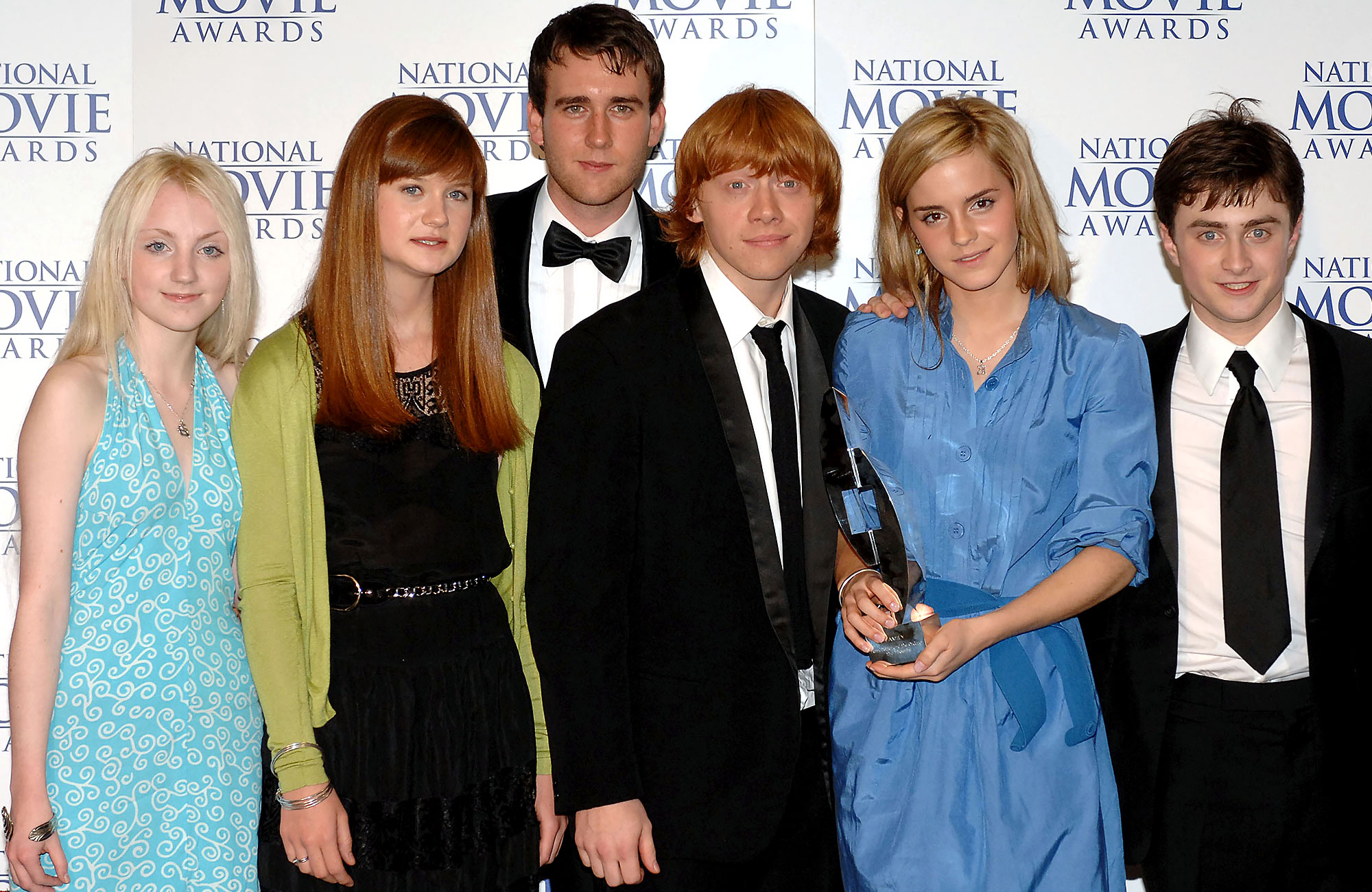 “Not least because I played him, obviously, but just what he stood for, really … the goodness in him. The fact that through all of life’s challenges, whether he was bullied at school or the things that happened in his childhood to his parents, he never veered from the path,” the Terminal star added. “He always stayed true to his ideals, to what he believed in, and what was the right thing to do.”

He continued: “People do get rocked by a lot and Neville got rocked by a lot and he never let it shift his morals, his ethics. I think that’s important. He could’ve been forgiven for holding some bitterness and resentment at life for everything that happened to him. And he never did. And he worked tirelessly to fight the good fight. And that’s the incredible strength of character. He’s a beacon of light in the story, I think, and an inspiration for us all.”

Harry Potter 20th Anniversary: Return to Hogwarts is now streaming on HBO Max. A cable television premiere is expected in spring ahead of the April release of Fantastic Beasts: The Secrets of Dumbledore.