Home » Lifestyle » It was a 19th century classic, but Lost Illusions says much about today

It was a 19th century classic, but Lost Illusions says much about today

French literature’s great cynic Honore de Balzac gives us a 19th century rogues’ gallery in his three-part novel Lost Illusions. His characters embody all that he found most reprehensible in the Parisian society of his time. 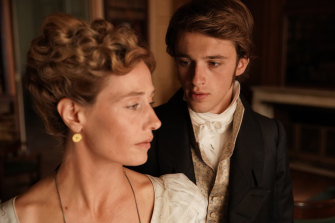 Most of them are on the make, which means they have a lot to say to a modern audience. If they were around today, they would take to social media with a relish liberally spiced with malice. As it is, they express themselves forcefully in the contending cluster of newspapers that spring up in the city in the early years of the century.

Xavier Giannoli’s film of the novel, which won six Cesars this year, including best film, catches all the bluster, bombast and speed at which fortunes rise and fall in the hothouse produced by this excess of ambition.

The film opens in the south-western province of Angouleme, where Lucien Rubempre (Bernard Voisin), a young poet of modest background, is having an affair with Louise de Bargeton (Cecile de France). She is a socialite and patron of the arts who is preparing for an extended stay in Paris. 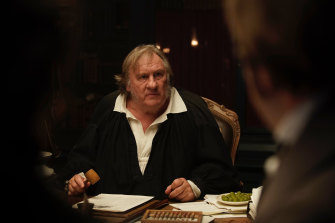 Gerard Depardieu as the newspaper publisher Dauriat in Lost Illusions.

Lucien is going with her, but once they arrive, she has second thoughts about him. His new surroundings show him up as being too young and too callow.

Dumped by his mistress and unable to find a publisher for his poetry, Lucien takes up an offer from a new acquaintance, journalist Etienne Lousteau (Vincent Lacoste), to write for one of the most combative of the capital’s newspapers. An enthusiastic destroyer of literary and artistic reputations, the paper soon begins to place a strain on every moral conviction Lucien has ever held.

This was a world Balzac knew intimately. Lucien’s misadventures grew out of Balzac’s experience of the Parisian beau monde, in which he had some spectacular failures before finding his voice as a novelist.

Giannoli says he has softened many of the characters, but they still emerge as a ruthless bunch. Gerard Depardieu has a brief but impressive role as an ill-educated newspaper publisher who delights in his new-found power to create havoc among the aristocracy and the haute bourgeoisie. Lousteau has no compunction at all in doing all he can to help him realise his desires.

The only one to come up with any constructive advice for Lucien is Nathan (French-Canadian actor-director Xavier Dolan), an up-and-coming writer and a potential rival who attempts to warn him of the disasters ahead. It’s only when Lucien’s increasingly reckless behaviour begins to affect the career of his new love, a young actress (Salome Dewaels), that he takes notice.

Balzac cast a wide net, yet Giannoli covers the ground effortlessly. Much of the film’s vitality flows from Vivaldi, Schubert and the other classical composers he uses to find the narrative’s pace and rhythms. The music infuses the action, driving it along with its passion and its urgency.