Kanye’s truck fleet to be auctioned off, after he lists Wyoming ranch

Kanye West said he still “wants to be” with estranged wife Kim Kardashian despite their ongoing divorce proceedings.

In a new interview, which appears to have been taped last month based on his bizarre haircut but released Thursday, the “Donda” rapper blasted “Saturday Night Live” for its portrayal of their breakup and admitted he wants to reconcile.

“‘SNL’ making my wife say ‘I divorced him’ on TV because they just wanted to get that bar off. I never even seen the papers. We’re not even divorced,” he told Revolt TV’s “Drink Champs.”

“They ain’t no joke to me. My kids want their parents to stay together. I want us to be together.”

West, 44, also blamed the media and Kardashian’s own team for “promoting” the idea of divorce and getting into the reality star’s “ear” with ideas of new TV shows.

Page Six broke the news in early January that the Skims founder, 41, was going to end their marriage. She ultimately filed for divorce from the “All of the Lights” rapper in February after seven years of marriage and four children: North, 8, Saint, 5, Chicago, 3, and Psalm, 2.

They’ve remained amicable exes — or a married couple, as West would prefer — throughout the divorce, with West helping Kardashian with her KKW Beauty rebrand and her “SNL” preparation, though obviously he didn’t enjoy part of the final script. 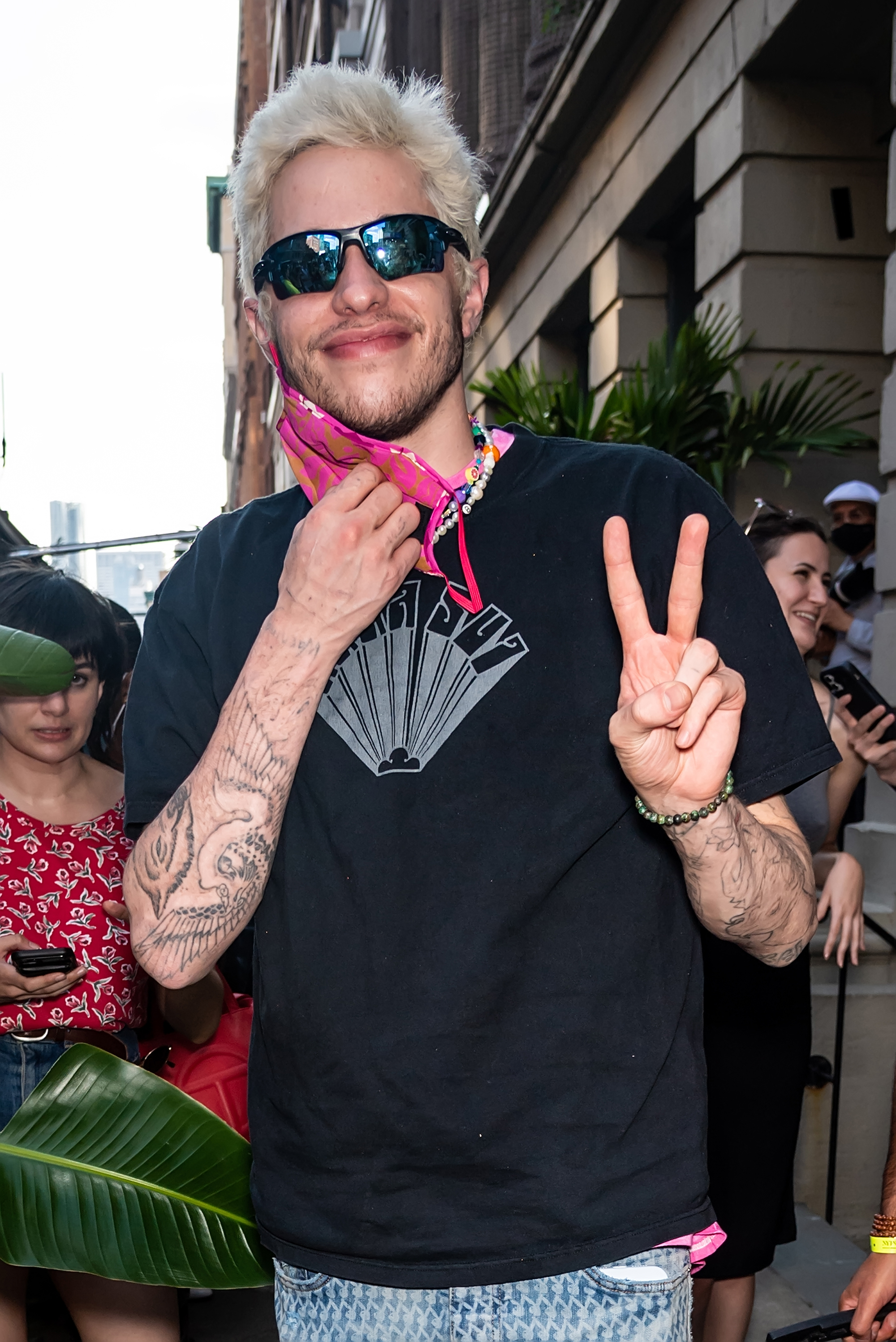 Given that the interview was previously recorded, West couldn’t comment on the “Keeping Up With the Kardashians” alum’s rumored romance with Davidson. The stand-up comic, 27, and Kardashian went out to dinner twice this week while she was in the Big Apple, though the second night was a big birthday party for her pal Simon Huck.

“They were smiling and laughing a lot and seemed genuinely affectionate with each other,” a source told Page Six.

“But there was no Kravis-style PDA,” the insider added, referencing Kardashian’s sister Kourtney Kardashian and her fiancé Travis Barker’s hot-and-heavy behavior that makes mom Kris Jenner want to hide in a closet.