Kate Beckinsale gives update on her condition amid hospitalization

Defier of age Kate Beckinsale hit back at an Instagram troll who questioned why she would “want to be called old” after dressing up as an elderly woman.

“I do not care,” the 48-year-old actress responded on Thursday. “please have at it if it gives you a spark of joy.”

Beckinsale got into the Halloween spirit a few weeks early by dressing up in a gray wig, a pilly sweater and an oversize pearl necklace to promote her new Paramount+ series, “Guilty Party.”

She posed for a photo alongside her dog and cat, both of whom wore similarly old-fashioned costumes and wigs.

“If us three old ladies can figure out how to get @paramountplus you can too. Guilty Party avail to stream now,” she captioned her post on Thursday, adding three old lady emojis. 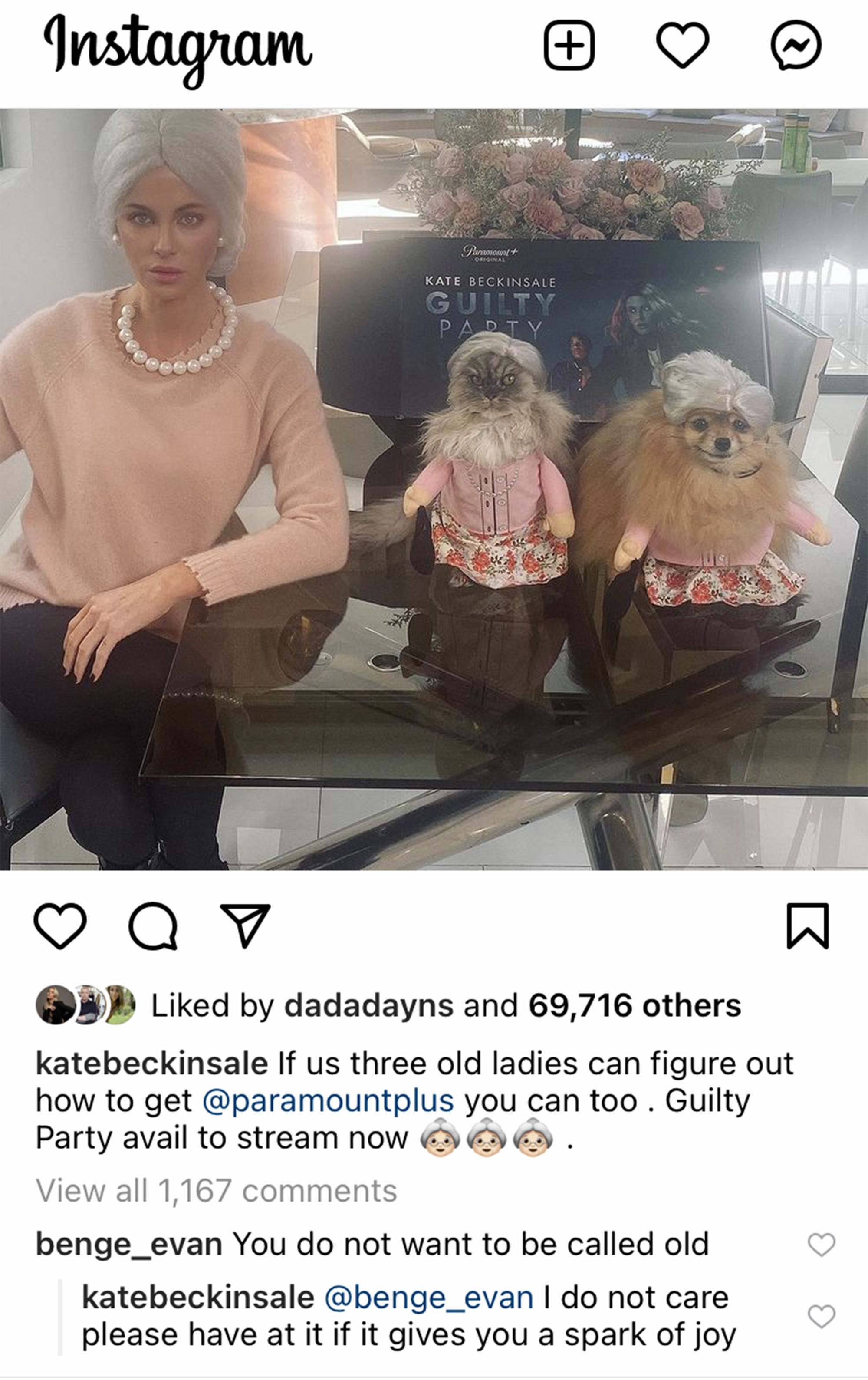 The dark dramedy follows a disgraced journalist (Beckinsale) who tries to mend her reputation by pursuing a story on a mother who claims she’s been falsely convicted of murdering her husband.

It appears the “Underworld” star has been having fun promoting the show in untraditional ways. After posting her elderly woman costume, she shared a series of text messages she had exchanged with co-star Andre Hyland.

Beckinsale sent Hyland a photo of his promotional poster for “Guilty Party” with the added bonus of a penis drawn going into his mouth. 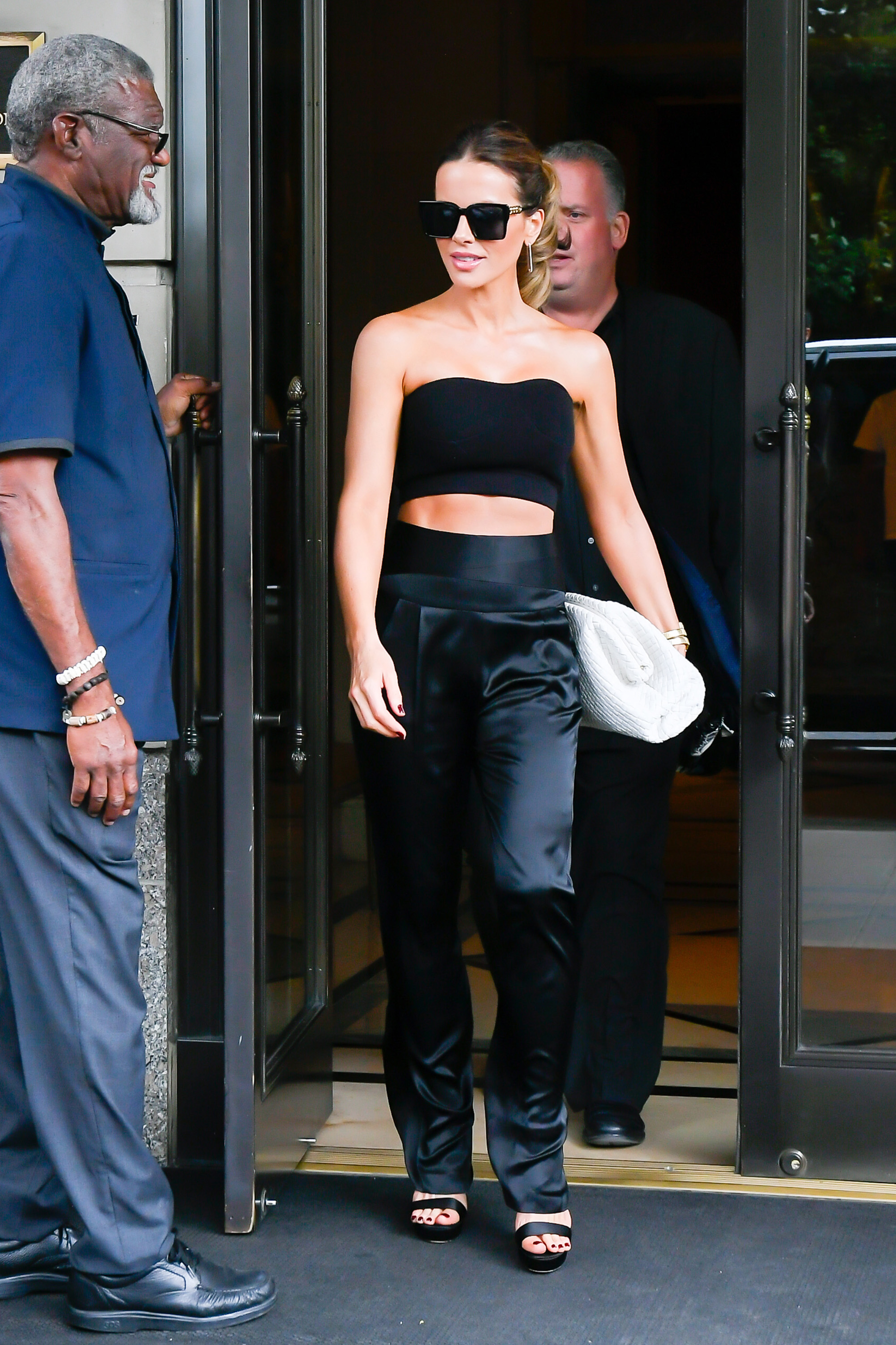 “Ok if you’re going to be in my family you have to have this happen,” she wrote in her text to the actor. “Welcome to the fam.”

Hyland responded with a photo of Beckinsale featuring another hand-drawn phallic object near her shoulder. He wrote, “And welcome to our family.”

The actress captioned the screenshots, “Cast bonding was a little different with social distancing but we got there in the end.”

The first two episodes of “Guilty Party” are now streaming on Paramount+.