Oher, whose hard-earned path to football glory was depicted in Michael Lewis’ best-selling book and film “The Blind Side,” wed his longtime girlfriend, Tiffany Roy, in a lavish ceremony on Saturday.

The pair’s nuptials took place in Nashville, Tenn., and was attended by 200-plus people, according to People.

Taking to Instagram Tuesday, Oher, 36, shared a photo alongside Roy at the altar.

“Filled with joy, can’t believe people took their time and came to celebrate,” Oher captioned the post. “My beautiful wife, I love you so much, thank you for blessing me with our family! Easily the best single weekend I’ve ever been apart of.

“Not being from the area everyone came to was even more special. I won’t be able to tell everyone thank you, if I saw you this weekend, thank you! I’m complete, let’s keep trending upward.”

The couple, who share sons Kobi and MJ and daughters Kierstin and Naivi, have been together for 17 years before tying the knot. They met at the University of Mississippi.

“The most magical part was our vows,” Roy, who became engaged to Oher in July 2021 told People. “To hear Mike express his feelings in front of 200-plus people was astonishing and romantic. I really felt like a true Queen.”

Roy was escorted down the aisle by her son Kobi while Beyoncé’s “Halo” played in the background, the outlet reported. 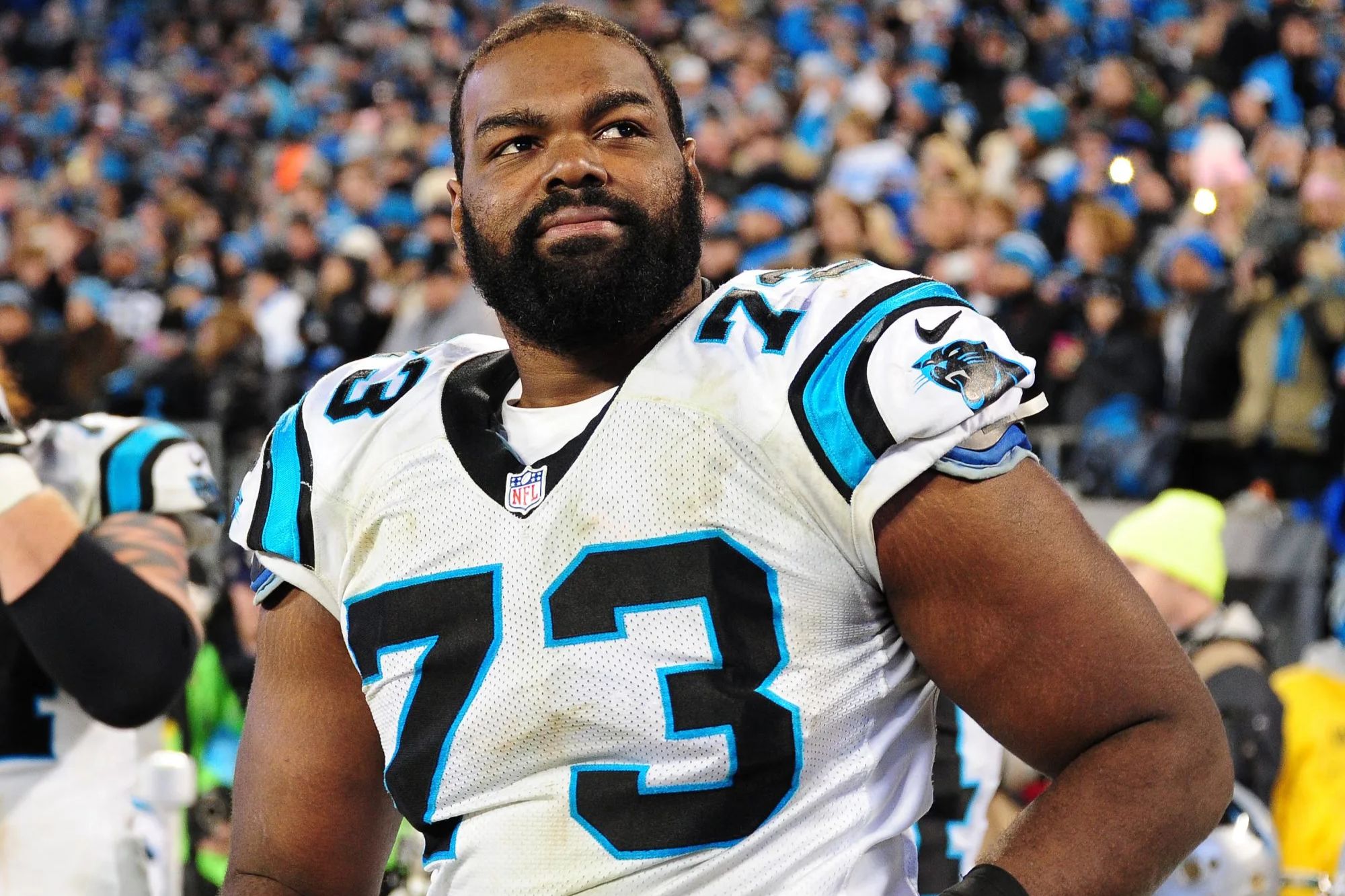 The Ole Miss star’s glittering NFL career saw him play for the Ravens, winning a Super Bowl in 2013. He later signed on to play for the Tennessee Titans and Carolina Panthers, before retiring from football in 2016.

“The Blind Side’’ was released in 2009, and earned $300 million at the box office. The film garnered a Best Picture nomination and the Academy Award for Best Actress for Sandra Bullock, who played Oher’s adoptive mother, Leigh Anne Tuohy.