Pauley Perrette left NCIS back in 2018 after playing forensic scientist Abby Sciuto on the CBS procedural for 15 seasons. There is still some mystery surrounding Perrette’s departure, however.

The only explanation came from Perrette via cryptic tweets. While numerous outlets reported on the drama that went on behind-the-scenes between Perrette and Mark Harmon (Leroy Jethro Gibbs).

Now — three years after her exit — Perrette has given fans an update on her retirement with another pair of bizarre tweets. 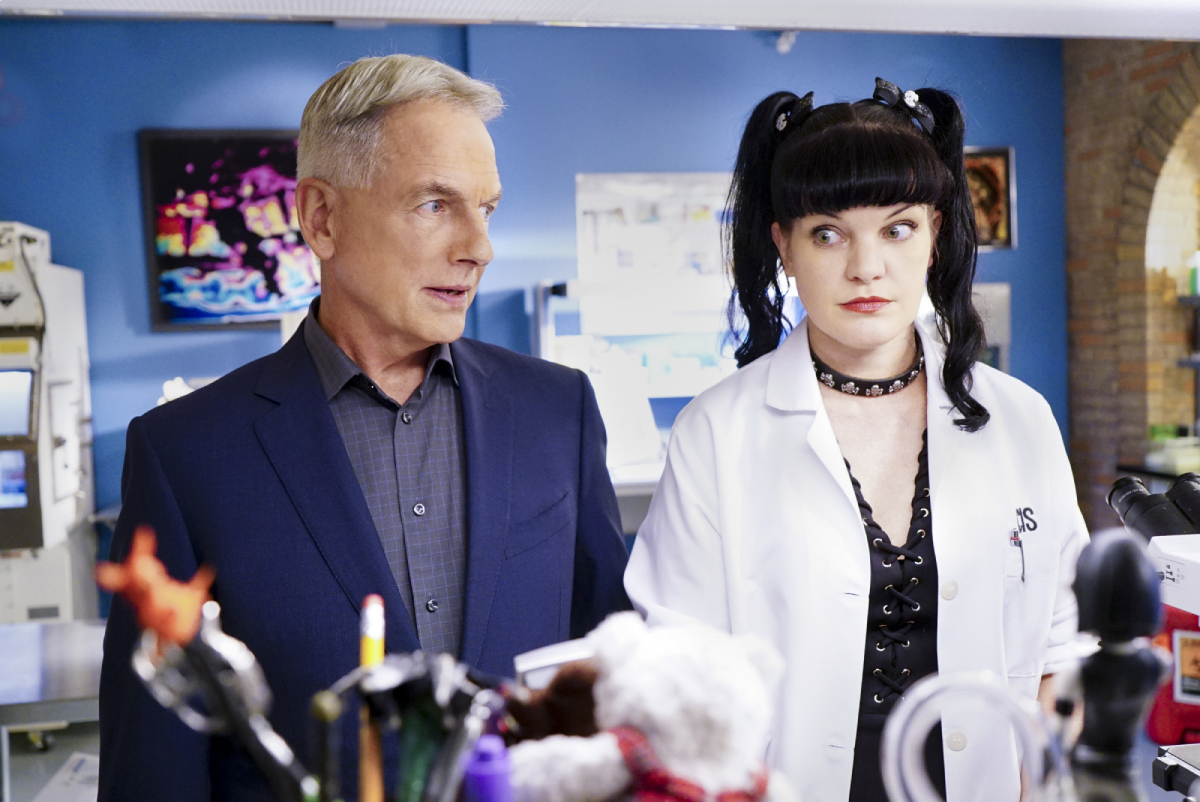 Pauley Perrette was an OG cast member on ‘NCIS’

NCIS is currently in season 18, which makes it one of the longest-running dramas in network television history. The only scripted dramas with longer runs are Law & Order, Law & Order: SVU, and Gunsmoke.

The series premiered back in 2003 with Harmon and Perrette as part of the original cast. Before Perrette’s exit, OG cast members Sasha Alexander (Caitlin Todd) and Michael Weatherly (Anthony DiNozzo) moved on after seasons 2 and 13, respectively.

When Perrette left after season 15, the only OGs remaining were Harmon and David McCallum (Dr. “Ducky” Mallard).

When Perrette decided to leave NCIS, she broke the news to fans in October 2017 with a tweet. She wrote, “I believe in God and the universe so firmly, and it just suddenly became blindingly apparent that now was the time.”

She later tweeted that leaving was “a decision made last year. I hope everyone will love and enjoy EVERYTHING ABBY not only for the rest of this season but for everything she has given all of us for 16 years.”

After Perrette’s final episode aired – Season 15, Episode 22 “Date with Destiny” – she started posting vague tweets about her exit from NCIS. The actor began hinting that the reason she left was because she experienced “multiple physical assaults.”

Perrette claims that when Harmon brought his dog to the set of NCIS, the animal bit a crew member who ended up needing a bunch of stitches. Despite the incident, Harmon continued to bring his dog to the set, which angered Perrette.

In a series of now-deleted tweets, Perrette said that she “fought like hell” to get Harmon to stop bringing his dog. As a result, she says she was “physically assaulted” and “lost her job.” She later tweeted in June 2019, “I am terrified of Harmon and him attacking me. I have nightmares about it.”

She has zero problems with the network

Despite Perrette’s claims against Harmon, she doesn’t appear to have any issues with CBS over the incident. According to Looper, none of Perrette’s tweets have ever been directed at the network.

CBS apparently had no problem with Perrette, either. After she left NCIS, she went on to star in their sitcom Broke. But, it only lasted one season before getting cancelled. Now, Perrette has officially retired from acting and appears to be studying for a Sociology degree.

Perrette hasn’t publicly acknowledged her exit from NCIS or her beef with Harmon since 2019. However, she has made it clear she will never return to the show for a cameo. The fan-favorite also just revealed in a pair of bizarre tweets that leaving Hollywood has helped her discover who her real friends are.

“The most interesting thing about saying you are retired is checking who is or who is not still your friend. (SHE CAN’T HELP MY CAREER NOW?!?!?!) Fascinating! And VERY TELLING! #SociologyMajor #Studying #Hollywood #celebrities,” Perrette tweeted.

She followed that up by writing: “JSYK [Just so you know]! I have WAY MORE than my share of AMAZING friends and family I’m just here on earth studying this [Bizarre Human Experiment] and WOW! The entertainment industry is CRAZY CRAZY CRAZY! Love y’all!!!”