‘The next event’ at Lisa Rinna’s house is ‘going to be a baby shower’, Kyle Richards predicted during the July 7 episode of ‘RHOBH’.

Scott Disick and Amelia Hamlin‘s hot and heavy romance has stolen the spotlight from Erika Jayne‘s divorce on The Real Housewives of Beverly Hills, and we’re not hating it. But it’s nothing against Erika — we just love all the shade that’s being thrown around by Kyle Richards.

For example, during the July 7 episode of the Bravo reality series, Kyle made the hair on the back of Harry Hamlin‘s neck stand up when she suggested that Amelia may be getting pregnant by Scott in the not too distant future.

After she and Dorit Kemsley arrived at Lisa Rinna‘s house for a backyard gathering and Bolognese sauce tasting, Kyle commented on Lisa and Harry’s beautiful backyard. He then said they’d soon be building a pool so “the kids come back with their kids” in the future.

Kyle then noted, “Amelia’s 19” before cheekily adding, “That’s how old I was when I had my first. Can you imagine? So just so you know, it could be happening.” Her comment was met by an awkward pause before Harry said, “No”, over and over again. Kyle, however, let out an evil laugh, knowing (and possibly loving?) how much drama it’d cause.

Then, during her private confessional, Kyle teased that “the next event here is going to be a baby shower.”

Then, after everyone sat down to eat, Kyle asked Lisa where Amelia was, and Lisa said Amelia would be going to Cabo “tomorrow” to meet their other daughter, Delilah, who was flying in from Tulum. Lisa said she and Harry were supposed to meet the girls and celebrate Thanksgiving in Cabo with them, but Harry, 69, said it wouldn’t be “appropriate” to “subject” himself to the virus at his “old age”. And Lisa agreed — she also feared that because of the “COVID surges”, Mexico’s border would shut down and it’d be tough for them to get back to California. 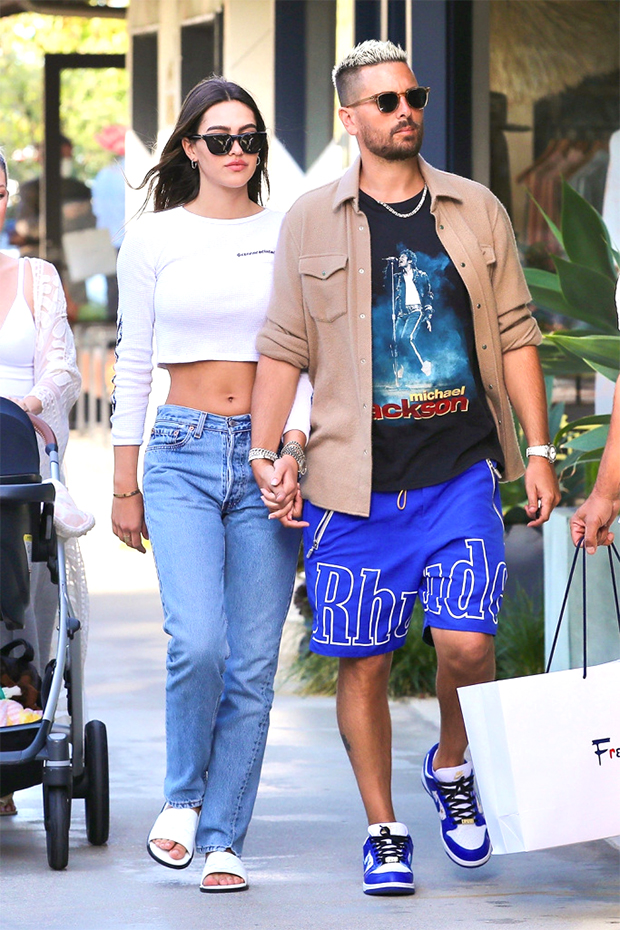 Kyle, who obviously loved stirring the pot this week, then asked Lisa if Amelia, who was 19 at the time this episode was filmed, was going with Kourtney Kardashian‘s 37-year-old ex, but Lisa said she was going by herself.

“I don’t ask a lot of questions right now,” Lisa said. “There’s a lot coming at us [in the press], and I’m just being easy with it.” She then explained that the tabloids recently reported that Scott and Amelia were engaged. “The press stuff that’s coming is like holy guacamole.”

Lisa then asked Harry how he feels about all of it, and he said that “the issue that’s more enduring is the age difference, which to me is odd”. However, he also noted that he was 14 years younger than Usula Andress when they engaged in a long-term relationship with each other from 1979-1983. “So I can’t really complain, right?”