The 12 days of Christmas TV specials 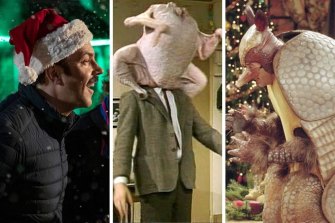 It’s that time of the year again when Mariah Carey emerges from her annual thaw to let everyone know the festive season is under way. While the true meaning of Christmas remains up for debate (family, presents, ham?), we can all agree the best thing about December is Christmas-themed TV viewing.

Thanks to La Niña, all outdoor activities are cancelled until further notice (Baby, it’s torrential outside), so snuggle up on the couch and enjoy 12 days of Christmas TV specials.

Seeing Ted Lasso (Jason Sudeikis) in a Santa hat makes sense, so it’s hardly surprising that the Apple TV comedy serves up one of the all-time great Christmas specials. After separating from his wife, Ted feels down, but Rebecca invites him to a party where the great Elton John is slated to perform.

Cue Ted’s Christmas puns. “Hold me closer, tiny Dancer, Prancer, and Vixen!” We also get a heartwarming Love, Actually, knock off from Roy Kent; what more could you ask for? 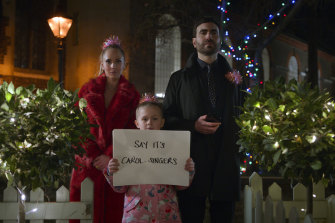 The Strike is the stuff of legend for Seinfeld fans, the birthplace of Festivus (a celebration for the rest of us), created by Frank Costanza (Jerry Stiller) to compete with Christmas and Hanukkah. Meanwhile, George (Jason Alexander) makes up a charity – The Human Fund – to avoid buying presents for his colleagues. It’s Seinfeld at its very best-ivus. 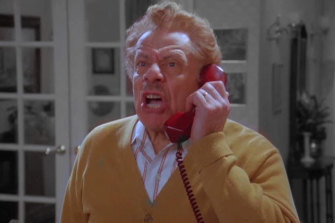 Bah humbug! Jerry Stiller as Frank Costanza, who preferred Festivus – a festival of grievance – to Christmas.

The Simpsons, Marge Be Not Proud (Disney +)

All Bart wants for Christmas is Bonestorm, the hottest (and most violent) video game. Marge refuses to buy it, so Bart decides to steal the game but is caught in the act, leaving his mother devastated. Desperate to win her love back, Bart returns to the store and gets a new gift, a framed photo of him and Marge. A reminder of what Christmas is all about via your favourite animated family.

In return, Marge gifts Bart the infamous Lee Carvallo’s Putting Challenge. “Would you like to play again? You have selected no.”

While Wernham Hogg might not seem like the kind of place to rediscover the true meaning of Christmas, The Office taught us otherwise. The two-part Christmas special, which also acted as the show’s finale, was a masterpiece in wrapping up a TV series. Picking up three years after season two, an office Christmas party sets the scene for a reunion. There are gifts aplenty across the two episodes, including Dawn and Tim reuniting to taunt Gareth and David Brent (Ricky Gervais) finally telling his workplace bully, Chris Finch (Ralph Ineson), to get stuffed. 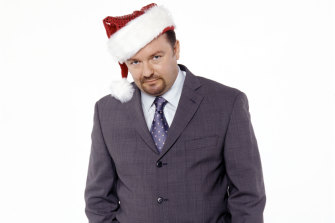 Rickey Gervais as Davis Brent in The Office Christmas Special.Credit:BBC

After something nice, different, unusuaaaaaal this Christmas? Da Kath & Kim Code sees your two favourite foxy ladies preparing for a Christmas extravaganza which is derailed when Kim (Gina Riley) learns Brett is having an affair. Meanwhile, Kim’s second-best friend, Sharon Strzelecki (Magda Szubanski), is also unlucky in love after discovering that her online boyfriend, Marriat, doesn’t exist. Add in a Michael Buble cameo and a statue of baby cheeses, and you’ve got yourself a Christmas special.

What we wouldn’t give to spend a Christmas at Downton Abbey. A tree with all the trimmings, warm drinks by the fire, helpful staff on hand to top up our mulled wine. Sounds delightful. This Christmas special is as close as we’ll ever get, but at least there’s plenty of drama, including a surprise proposal for Lady Mary (Michelle Dockery).

The OC, The Best Chrismukkah Ever (Stan)

The OC was always perfect escapism television, and what better way to avoid festive stress than by tuning into The Best Chrismukkah Ever. Chrismukkah is the brainchild of The OC’s Seth Cohen (Adam Brody), and he claims it has double the religious healing power of other holidays. Turns out Seth will need all the help he can get as both Summer (Rachel Bilson) and Anna (Samaire Armstrong) find out he’s been two-timing them.

Spending Christmas night in a cabin with Jon Hamm might sound like the ultimate gift, but after the Black Mirror Christmas special, you may want to reconsider. Hamm plays Matt, a creepy computer programmer trapped inside a cabin with Joe (Rafe Spillane). The pair wake on Christmas Day and as they begin to trade stories, it becomes clear that these two men are not just trapped; they’re being punished.

Friends, The One With the Holiday Armadillo (Binge, Foxtel Now and Netflix)

If Ross Geller (David Schwimmer) dressing up as a giant armadillo doesn’t lift your spirits this Christmas, then nothing will. Friends wasn’t afraid of a festive themed episode, but The One With The Holiday Armadillo is the standout. Having failed to secure a Santa suit, Ross must settle for the less traditional “Holiday Armadillo” as he teaches his son, Ben, about his Jewish heritage.

Dr Who, A Christmas Carol (Stan)

It wouldn’t be Christmas without popping into the TARDIS and checking in on Dr Who, and this clever take on the Dickensian tale is worth your time. Plus it features the charming Matt Smith as the Doctor, hands down the best Dr Who of all time. Sorry, David Tennant fans.

Of all the conundrums Mr Bean (Rowan Atkinson) found himself in, nothing compares to the time he got his head stuck inside a turkey while prepping a special Christmas meal for his girlfriend. Having set the table – complete with a Christmas cracker for Teddy – Mr Bean gets started cooking only to find himself neck-deep in his own dinner after a stuffing disaster. Genius. 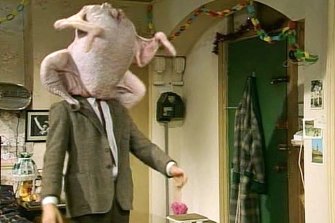 Like so many of us, Mr Bean (Rowan Atkinson) finds Christmas cooking rather stressful.Credit:BBC

The Vicar of Dibley, The Christmas Lunch Incident (BritBox)

Eating until you feel sick is a crucial part of the Christmas Day experience, as Geraldine (Dawn French) reminds us in this episode. Having been invited to four separate Christmas dinners by her parishioners, Geraldine attempts to attend them all rather than let anyone down. It’s a noble effort that ends with the Vicar suffering a festive-themed bout of indigestion.

* Stan is owned by Nine, the owner of this masthead.