A study of 2,000 adults reveals the top 50 list of reasons to get moving – with not wanting to let down a workout partner and the social element of training with a friend also featuring.
And it seems mental health has an impact, with increasing confidence, taking their mind off other things and achieving something topping the list – above physical goals and accomplishments.

It also emerged that a quarter have lacked motivation since the lockdowns began compared to before, with 23 percent putting this down to not having anything to train towards.

A further fifth attribute this to not being in a gym environment, while 15 percent have struggled because they haven’t been able to work out with friends.

But 29 percent have turned to online workouts during the lockdowns, with a fifth believing they exercise best when someone is telling them what to do.

The research, commissioned by Sure to launch its Movemate Series, found 20 percent are boosted or spurred on when working out with or around others.

More than a third admit they don’t often push themselves as much as they should when exercising and a quarter don’t put in as much effort when working out on their own.

And the most encouraging things a fitness buddy or personal trainer can say were found to include ‘keep going’, ‘little but often can make a huge difference’ and ‘don’t give up’. 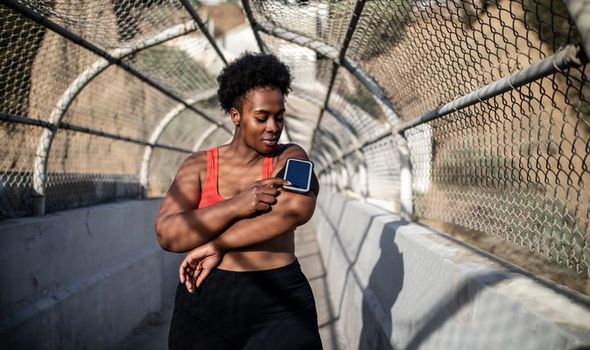 However, only 13 percent of those polled are the ‘motivator’ when they work out with others, while 30 percent are the one who needs motivating.

Researchers also found 14 percent of adults ‘always’ lose enthusiasm to work out, while 29 percent often do.

Alice Duffill, from Sure Women, said: “It’s easy to lose motivation when exercising, especially at this time of the year and during the current climate of lockdown.

“People have lost the routine of exercising with friends, partners and even personal trainers, which has had a knock on effect.

“It’s clear that team workouts require the least motivation, showing how having someone else cheering you on or working towards the same goal has a positive impact.

“But in lockdown, it’s been hard to get the most out of our workouts, which is why we’re excited to launch the Movemate Series which is designed to inspire confidence in everyone to move more.”

And the exercises people need the biggest boost for included a solo brisk walk, a visit to the gym on their own and a lone jog.

Whereas team sports, a group run and a bike ride with others require the least motivation, suggesting it’s more difficult to get going when working out alone.

The nation’s favourite exercises were revealed as cycling, running and water-based sports such as swimming.

The research comes after a separate pilot study by Sure with partnered exercise-enthusiasts found that 70 percent found themselves working harder when joined by a partner for a workout.

Six in ten observed a higher heart rate and more than half claimed they burnt almost twice the calories.

It also revealed a boost in the enjoyment of exercise when in company, with respondents’ mood improving every time, as well as their sense of pride and achievement.

It provides virtual workouts curated and demonstrated by some of the leading fitness influencers for those looking to partner up and make their workouts work harder.

Chartered sports psychologist, Dr Josephine Perry, said: “We all know we should be exercising and that it brings lots of benefits but when motivation is low and stress levels are high it can be hard to get going.

“Psychological studies have found that one of the best ways to boost motivation is to exercise with others; it makes us work harder, increases our accountability and, most importantly, makes it more fun.

“That sense of connection to someone else is a brilliant secret weapon when trying to get fit and stay more active”.

1. To take your mind off other things
2. To achieve something
3. To increase your overall confidence
4. Wanting to hit a target weight
5. To improve your sleep
6. To prove to yourself you can exercise
7. Going on holiday
8. Wanting to fit into old clothes
9. To shake off a bad mood
10. You get a buzz from exercising / feeling fit
11. To zone out from your thoughts e.g. work stress or relationship woes
12. Weighing yourself for the first time in months
13. Wanting to feel confident in swimwear
14. Seeing old photos
15. Going travelling
16. Knowing that if you exercise you can reward yourself e.g. with food or a purchase
17. To improve your skin
18. Advice from your GP
19. To prove to others your can exercise
20. Wanting to take up a new hobby