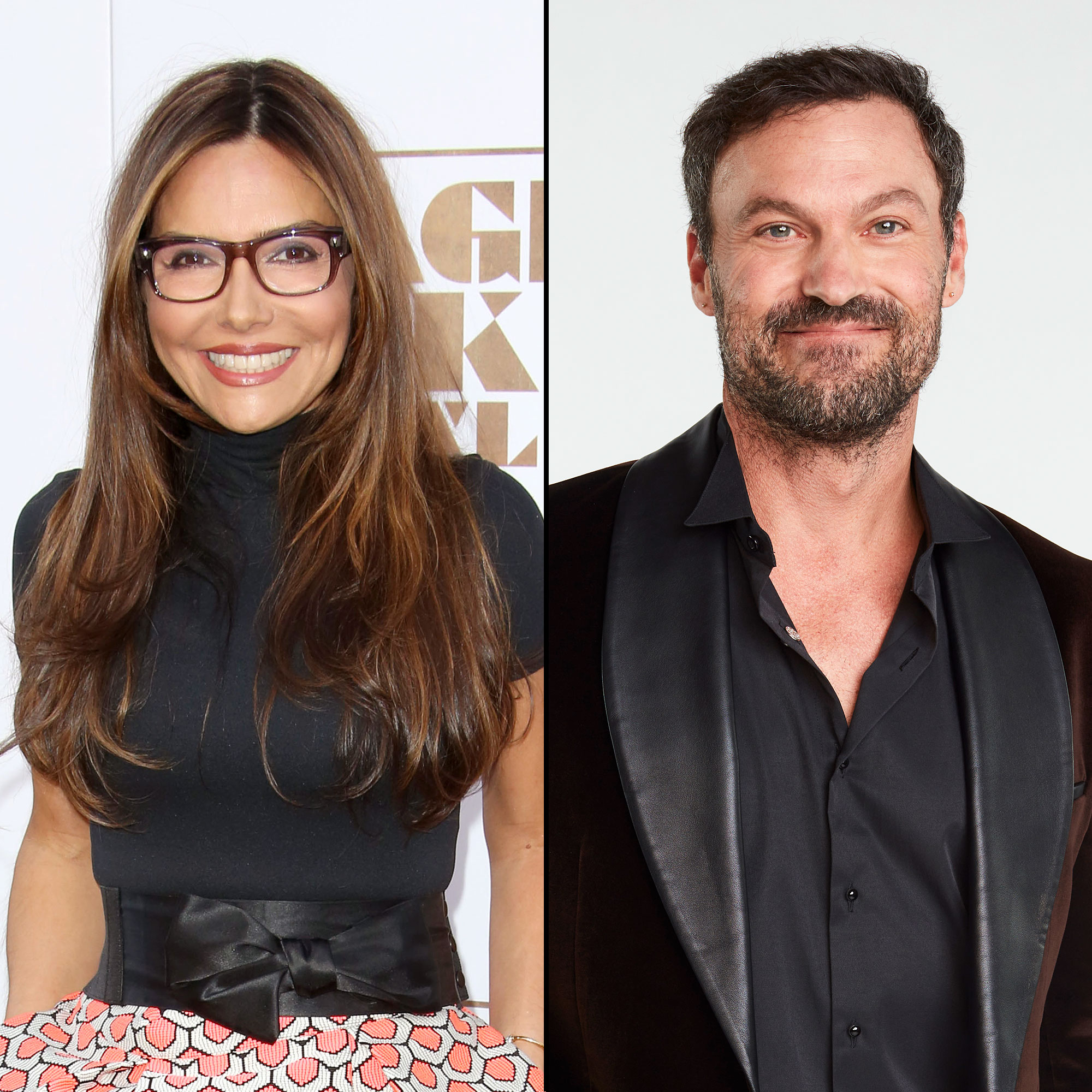 Dancing With the Stars is truly a family affair for Brian Austin Green. The competitor and ex-fiancée Vanessa Marcil’s son, Kassius, attended the Monday, September 20, premiere while the actress cheered him on from home.

“Headed to see dad. #TeamGreen @dancingabc,” Marcil, 52, captioned a photo of the 19-year-old about to leave for the Los Angeles dance studio on Monday via Instagram.

The General Hospital star also shared a series of videos of the Beverly Hills, 90210 alum dancing with partner and girlfriend Sharna Burgess, adding the hashtag, “TeamGreen,” and clips of Kassius in the crowd. 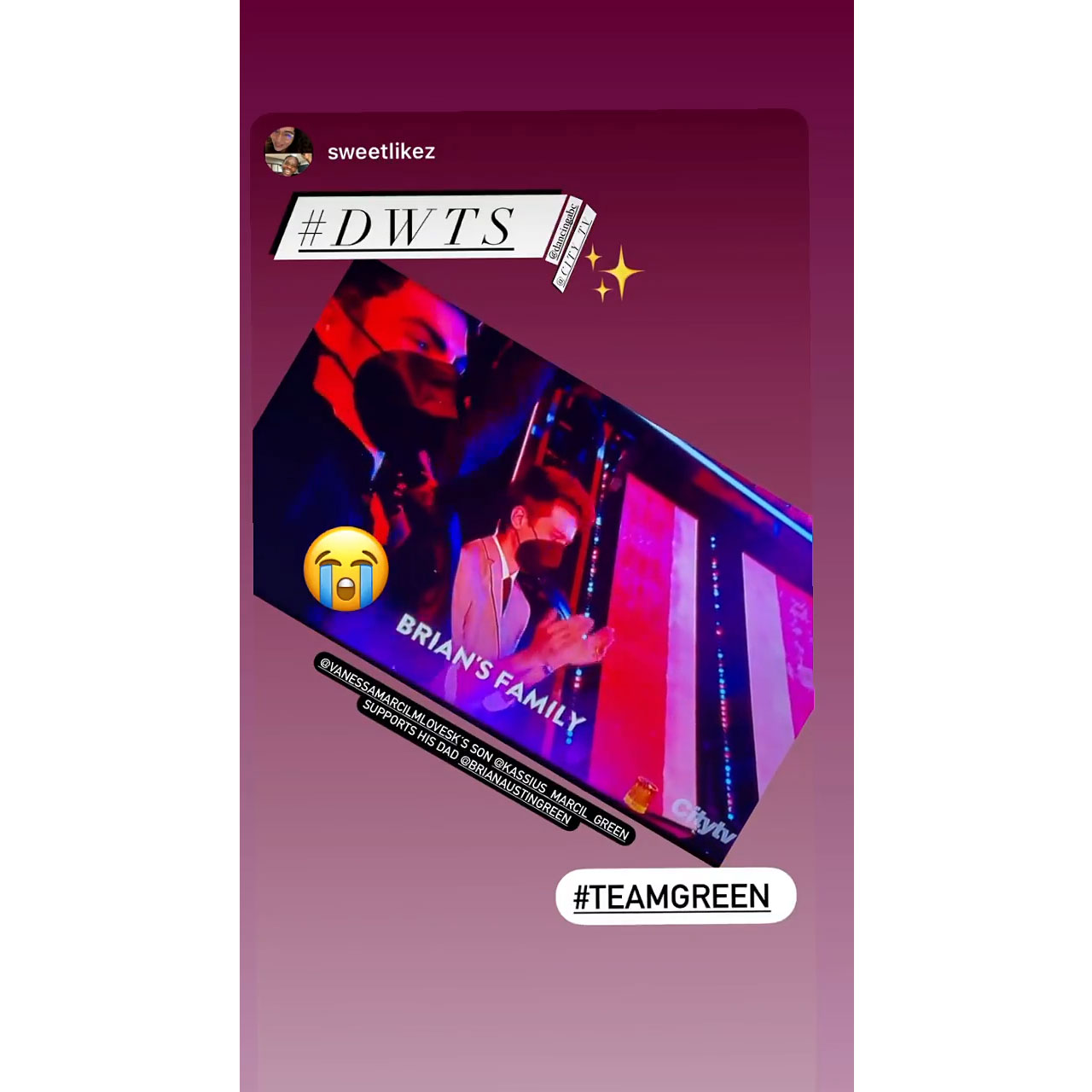 Green and Marcil, who met on the set of the ‘90s drama, were involved in a lengthy and nasty legal battle over Kassius after he was born in 2002. After alleging for years that Green and then-wife Megan Fox were estranged from his eldest son, Marcil claimed in 2020 that she “never” loved her former fiancé. The Las Vegas actress also sent support for Fox, 35, following her split from Green.

“Megan finally living her life for herself is in itself a gift to her children,” Marcil wrote in September 2020, alleging that Green is an “angry” and “sad person.” The Sarah Connor Chronicles actor fired back on a sarcastic episode of his “With Brian Austin Green” podcast at the time.

“I’m just angry. … I’m angry and I’m sad all the time. And I just don’t know what to do about it,” he quipped at the time. “I’m more angry today, I don’t know why. My temper it’s legendary. … If you check around the industry, I’m known as the angry, sad guy. And the diva on set. … They’re just complete opposites, being angry and sad, like, they don’t seem like they would mix together.”

Earlier this year, Green hinted that he and Marcil buried the hatchet when he included her in his roundup for International Woman’s Day. Fox — with whom he shares sons Noah, 8, Bodhi, 7, and Journey, 5 — ex Tiffani Thiessen and current love Burgess also got shout-outs.

After Monday’s premiere, Green and Burgess, who have been linked since December 2020, opened up to Us Weekly and reporters about joining the show. 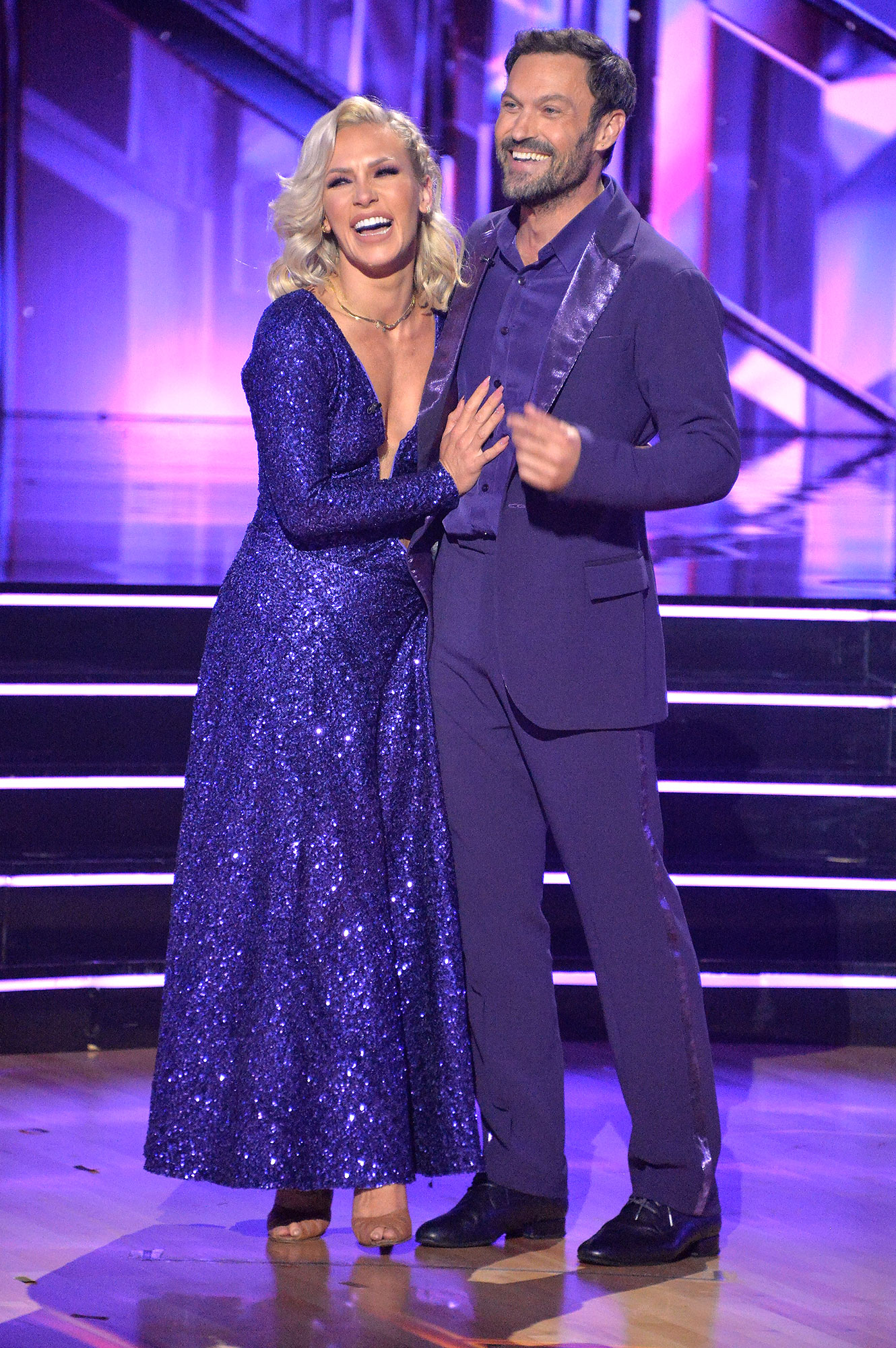 “We used to joke that this wasn’t ever even a possibility and then when they called and asked about the show this season and they said we would be partnered together, it just seemed like it worked,” Green said on Monday. “Everything was the perfect storm, everything had aligned. It felt like such a cool opportunity, this wouldn’t have happened if we weren’t partnered.”