The ladies (and gents) in red! As Virgin Atlantic announces gender-neutral uniforms, FEMAIL looks back at how the airline’s iconic scarlet ensembles have evolved over the last 40 years

Virgin Atlantic has claimed it will ‘champion individuality’ after announcing gender-neutral uniforms for its cabin crew members.

As the airline announces male cabin crew staff can wear skirts and female staff can wear trousers as they take to the skies, many have welcomed the liberal approach to the company’s dress code.

The airline has also teamed up with RuPaul’s Drag Race star Michelle Visage in a bid to ‘reflect the diversity of its workforce’ and ‘offer its people a fluid approach to its red and burgundy uniforms, meaning LGBTQ+ colleagues will be able to choose either the red or the burgundy uniform, depending on which best reflects themselves.’

Over the years, the ladies (and gentlemen) in red have become central to the image of Virgin Atlantic, with its cabin crew always dressed to the nines on flights.

Here, FEMAIL takes a look at the Virgin Atlantic uniforms over the last 38 years, from when the company was founded in 1984 to the present day. 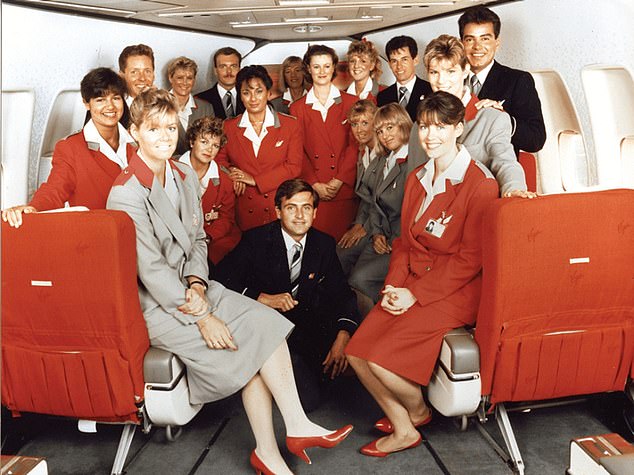 When Virgin Atlantic first took to the skies in 1984 its uniform was designed by 23-yerar-old Arabella Pollen – and only the ladies wore red, with the men in grey 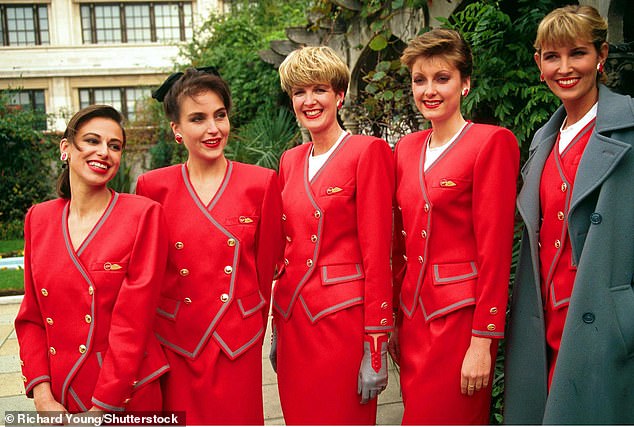 In the early 1990s, the Virgin Atlantic uniform was given its first overhaul when Elizabeth Emanuel designed the tailored, single-breasted blazers and skirts 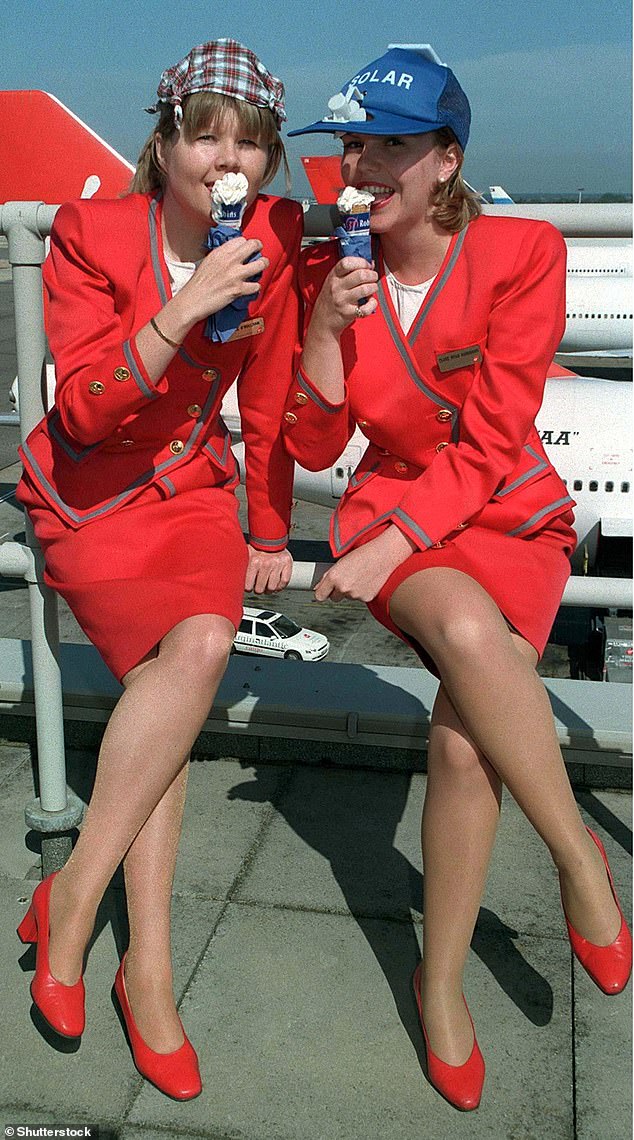 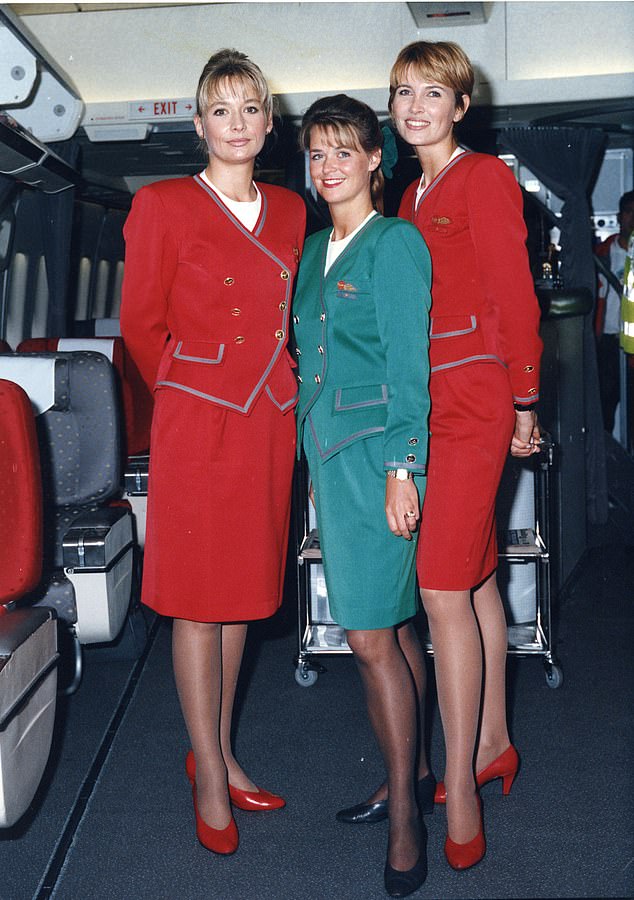 In 1994, a green Virgin Atlantic uniform was launched for the cabin crew member in charge of recycling on flights 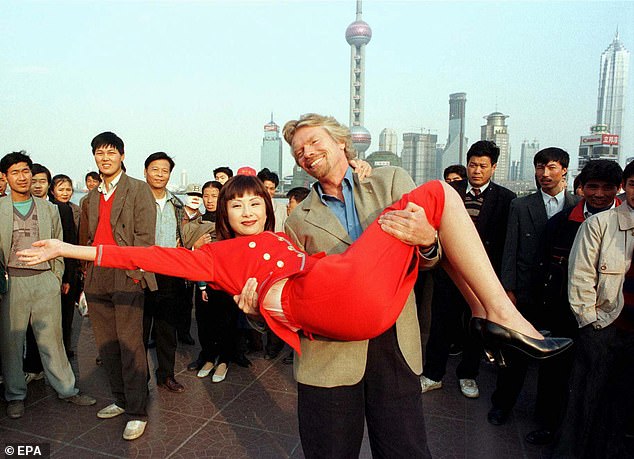 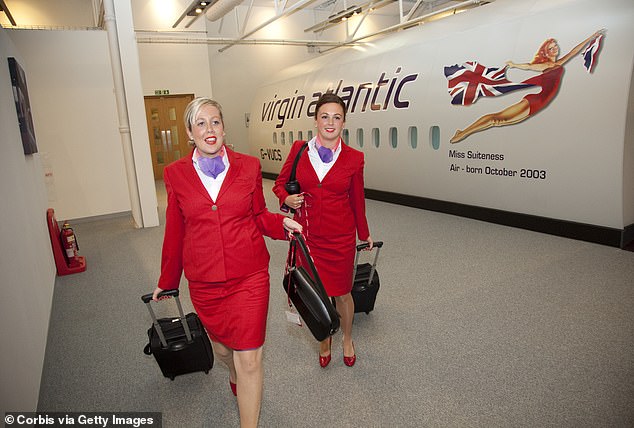 Virgin Atlantic cabin crew members pictured in the early noughties, wearing the red suit with a v-neckline and the red and purple scarf introduced by John Rocha in 2004 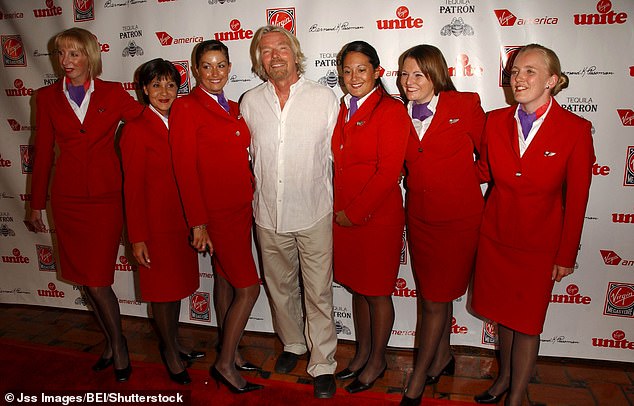 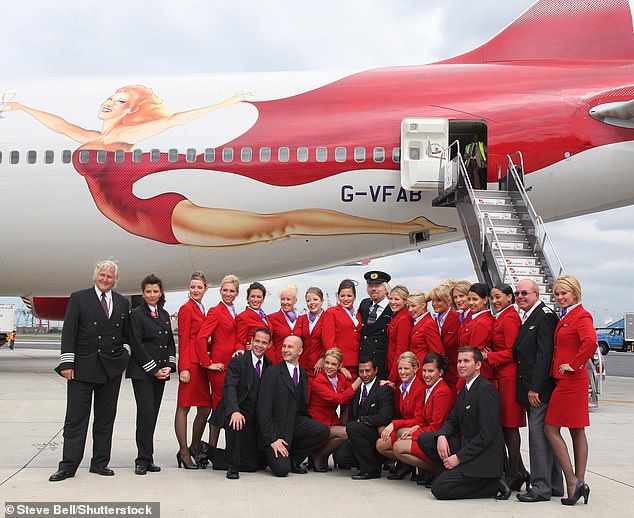 Richard Branson (centre, in a pilot’s cap) pictured with cabin crew and pilots outside a Virgin Atlantic plane in 2009, with the red suits and scarves designed by John Rocha 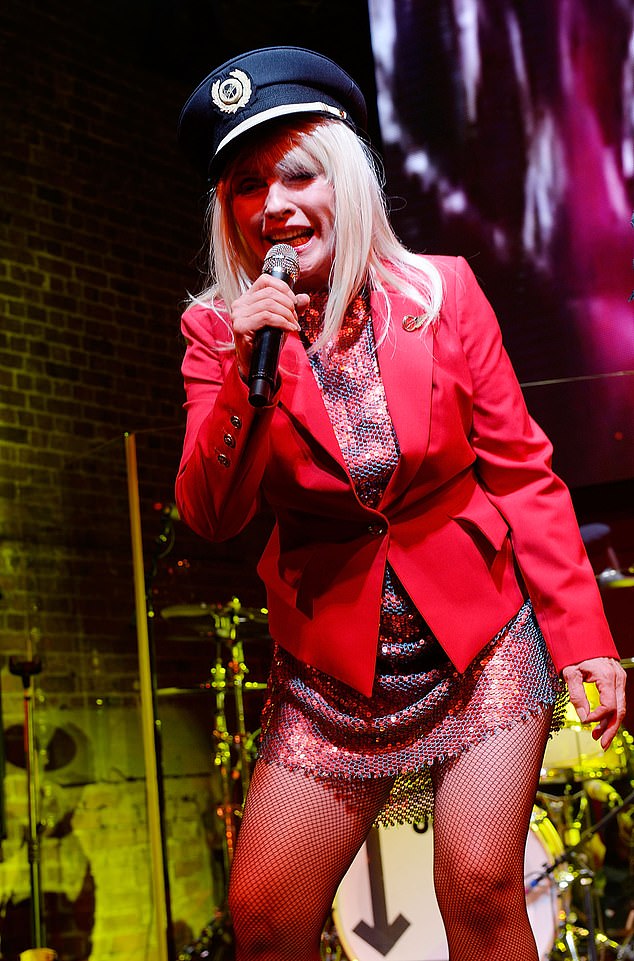 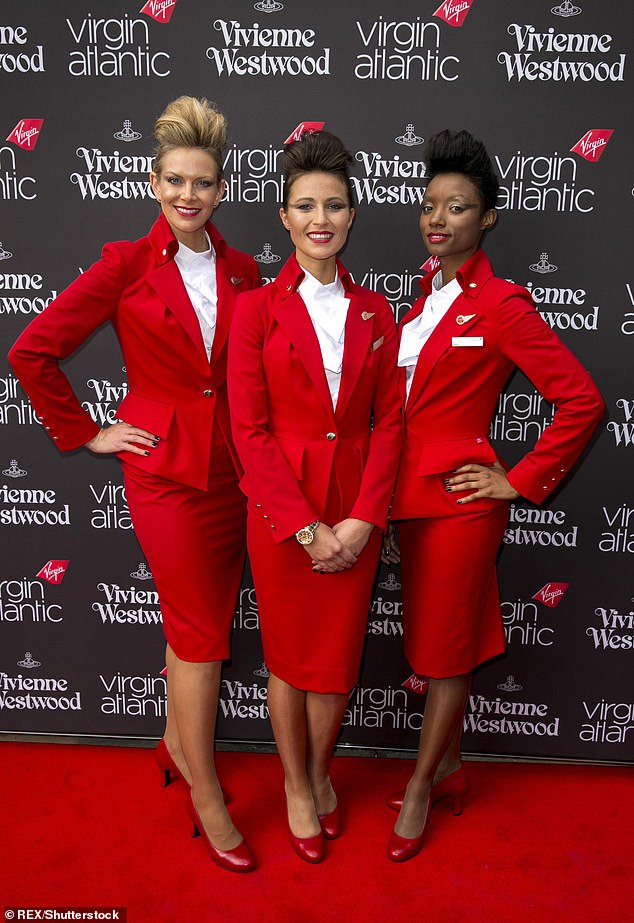 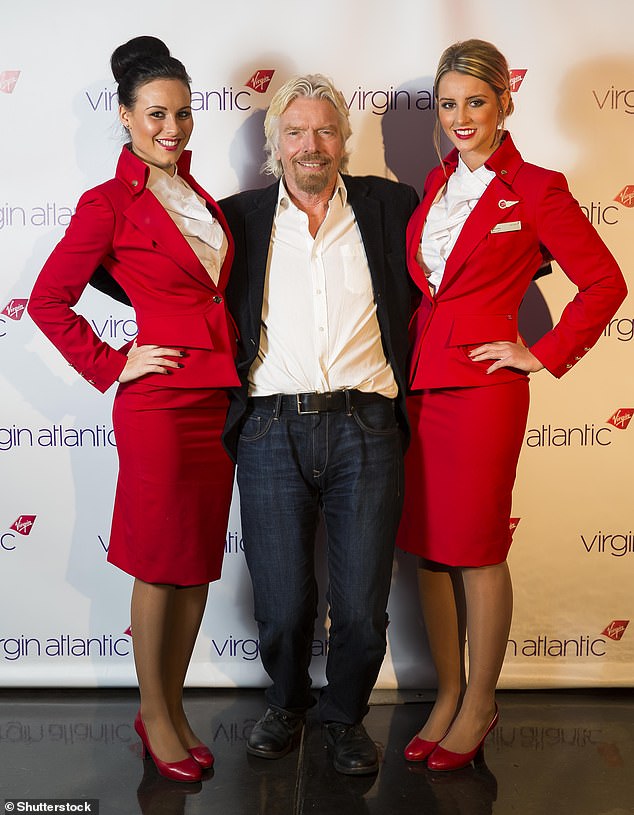 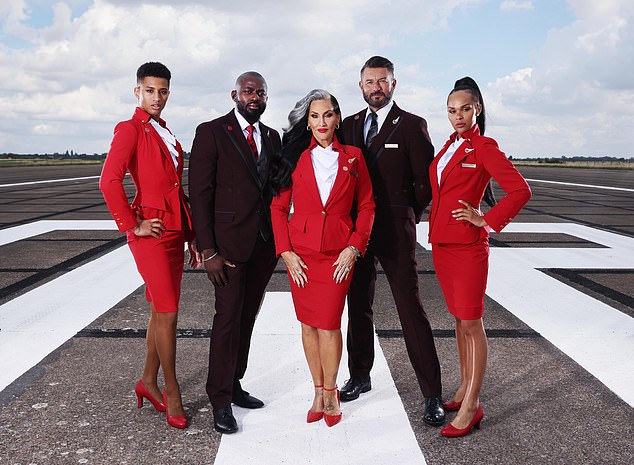 In 2022 Virgin Atlantic has announced staff will be able to choose whether to wear the red or burgundy uniform, with trousers also available for the red option 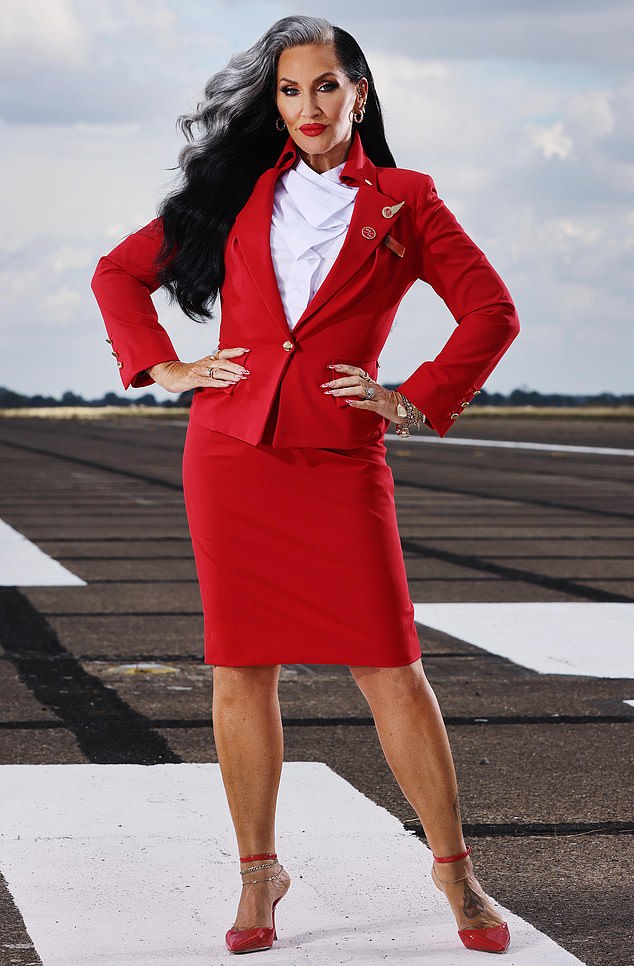 Michelle Visage, best known for being a judge on RuPaul’s Drag Race, has teamed up with Virgin and says it is her ‘job’ to be an ally and friend to the LGBTQ+ community