Home » Lifestyle » Why 'Daredevil' Should Be Canon in the MCU

Why 'Daredevil' Should Be Canon in the MCU

Daredevil earned a loyal following after its three seasons aired on Netflix. And after its cancelation, many were crushed, but that didn’t stop them from campaigning for other streaming services to save it. Now, Daredevil and all of the Defenders series are streaming on Disney+, and there are talks that some characters will appear in future Marvel Cinematic Universe projects. However, that doesn’t mean that the MCU should ignore the events of Daredevil.

Disney+ doesn’t include ‘Daredevil’ in its MCU collection

Following the departure of Daredevil, Jessica Jones, Luke Cage, Iron Fist, The Punisher, and The Defenders from Netflix, Disney+ announced that it would be the new streaming home for the Marvel Defenders series. However, fans noticed something suspicious when the shows came to Disney+. The streaming service didn’t include Daredevil and the other series in its MCU collection.

Disney+ lists all MCU shows and movies under two categories — “Marvel Cinematic Universe in Timeline Order” and the MCU phase they are in. Daredevil, Jessica Jones, Luke Cage, Iron Fist, The Punisher, and The Defenders are nowhere to be seen on these lists. Instead, subscribers can find them under the “The Defenders Saga” category in the Marvel tab.

However, there was a glimmer of hope for fans. Per CBR, Marvel.com updated their on-screen character biography of Daredevil/Matt Murdock to include his appearance in Spider-Man: No Way Home. Many fans took this as confirmation that the three seasons of Daredevil were in the MCU since the third Spider-Man film is canon in the universe.

Unfortunately, Marvel later removed Spider-Man: No Way Home from Matt’s character profile. Many fans assume its addition was an accident, so they worry that Marvel doesn’t consider Daredevil as a part of the MCU. 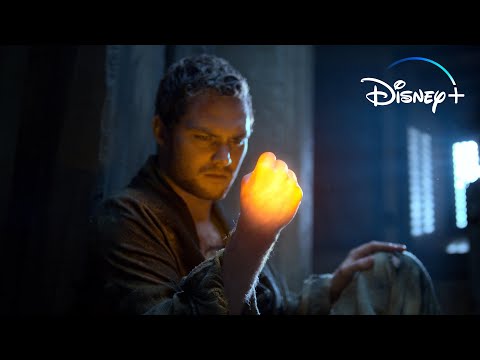 A reboot is reportedly on the way

Charlie Cox confirmed that he would continue to play Daredevil in the MCU following his appearance in Spider-Man: No Way Home. Marvel has yet to verify which project the Devil of Hell’s Kitchen will be in next. But rumors and possible production listings may indicate a new show on the horizon for Daredevil.

Production Weekly listed a “Daredevil reboot” in a March 17 report. It detailed that the project includes Marvel Studios president Kevin Feige and Marvel’s Behind the Mask’s Chris Gary as producers. The report also contained a synopsis of the series. Unfortunately, the description didn’t reveal any new information about the vigilante’s story.

Suppose a reboot is indeed what Marvel Studios has in the works for Charlie Cox and Daredevil. In that case, that doesn’t bode well for the original Daredevil series being a part of MCU canon. Fans speculate that Marvel will ignore what transpired in the first three seasons of Daredevil and start a new story with the vigilante. But that would be a disservice to the quality storytelling of Daredevil and some of the other Defenders series.

There’s no doubt in our minds that Daredevil should be canon in the MCU. Firstly, the series and its spinoffs alluded to events in the Marvel films, including newspaper clippings from the Battle of New York. So Netflix already established that the Defenders shows took place alongside the MCU movies. But that doesn’t mean that Disney can’t and won’t ignore that fact.

Of course, there were some misses with the Defenders series (we’re looking at you, Iron Fist). But for the most part, the shows enthralled viewers with their dynamic plots and complicated characters. And Daredevil is a fan favorite for a reason.

The series explored a darker side of the MCU, one that audiences had never seen before. And it wasn’t afraid to show the negative sides of the characters. Matt, Foggy Nelson, and Karen Page are flawed, and fans have hated them as much as they have loved them. But that proves how authentic Daredevil is despite its superhero roots and why it is such an important Marvel show.

Ignoring Daredevil as a part of MCU canon would be a slap in the face to the cast, crew, and fans who loved the show dearly. Plus, it would also be confusing. Sadly, it looks like Marvel might reboot the character of Matt Murdock and disregard his past in the Netflix series.

Daredevil is now streaming on Disney+.