Willie Garson told Page Six about his favorite role: being a dad

sex and the city

Sarah Jessica Parker might be skipping the Met Gala

Willie Garson found professional success on shows including “Sex and the City” and “White Collar,” but his favorite job happened when the cameras stopped rolling.

The actor, who passed away on Tuesday at age 57, raved about his “special” son, Nathan, whom he adopted in 2009, during an interview with Page Six last year.

“He’s an adult and soon to be taking care of me which is really why I got him to be honest,” Garson said at the time. “He’s lovely and a really special guy. He’s wonderful and he’s in college in Ohio.”

The New Jersey-born actor also told us that he “always wanted to have a child,” so he decided to pursue adoption as a single parent.

“I had a long relationship off and on for like 20 years, and she never wanted to have a child, which is fine,” he said. “And it was like my mid-life crisis. Like, I really wanted a child more than anything else. And I got one and we’re partners, my kid and I.”

Nathen, now 20, paid tribute to his late father on Instagram shortly after news of his passing broke.

The college student wrote: “I love you so much papa. Rest In Peace and I’m so glad you got to share all your adventures with me and were able to accomplish so much. I’m so proud of you. I will always love you, but I think it’s time for you to go on an adventure of your own. You’ll always be with me. Love you more than you will ever know and I’m glad you can be at peace now. You always were the toughest and funniest and smartest person I’ve known. I’m glad you shared you’re [sic] love with me. I’ll never forget it or lose it.”

Garson was such a firm believer in adoption that he joined the board of the charity You Gotta Believe which helps people through the complicated labyrinth in adopting a child and noted that the charity works on older children getting adopted.

“A lot of them aren’t cute and cuddly babies, they’re older and they slipt through the cracks … I adopted a 7 and a half-year-old. For You Gotta Believe that would be considered young. They do kids up to aging out and beyond even because everyone needs a family.”

And earlier this year Garson spoke to Page Six again about working on the “SATC” reboot “And Just Like That” and his future plans which included moving back to New York.

“We all come from theater and we all get trained in theater,” he explained. “And then some of us take the path and we end up mostly in movies and television. And it becomes a real luxury to get back to theater.”

“My plan before the pandemic actually was to move back to New York and do theater because it really ends up being something that you can like afford to do since there’s no money in it,” he continued. “And then the pandemic hit, and I sat in my house like everyone else for a year and a half now. And now I happen to be back in New York because we’re doing the TV show.”

The TV show in question was the “SATC” reboot and Garson says he and the other cast members understood and appreciated the excitement around the series. 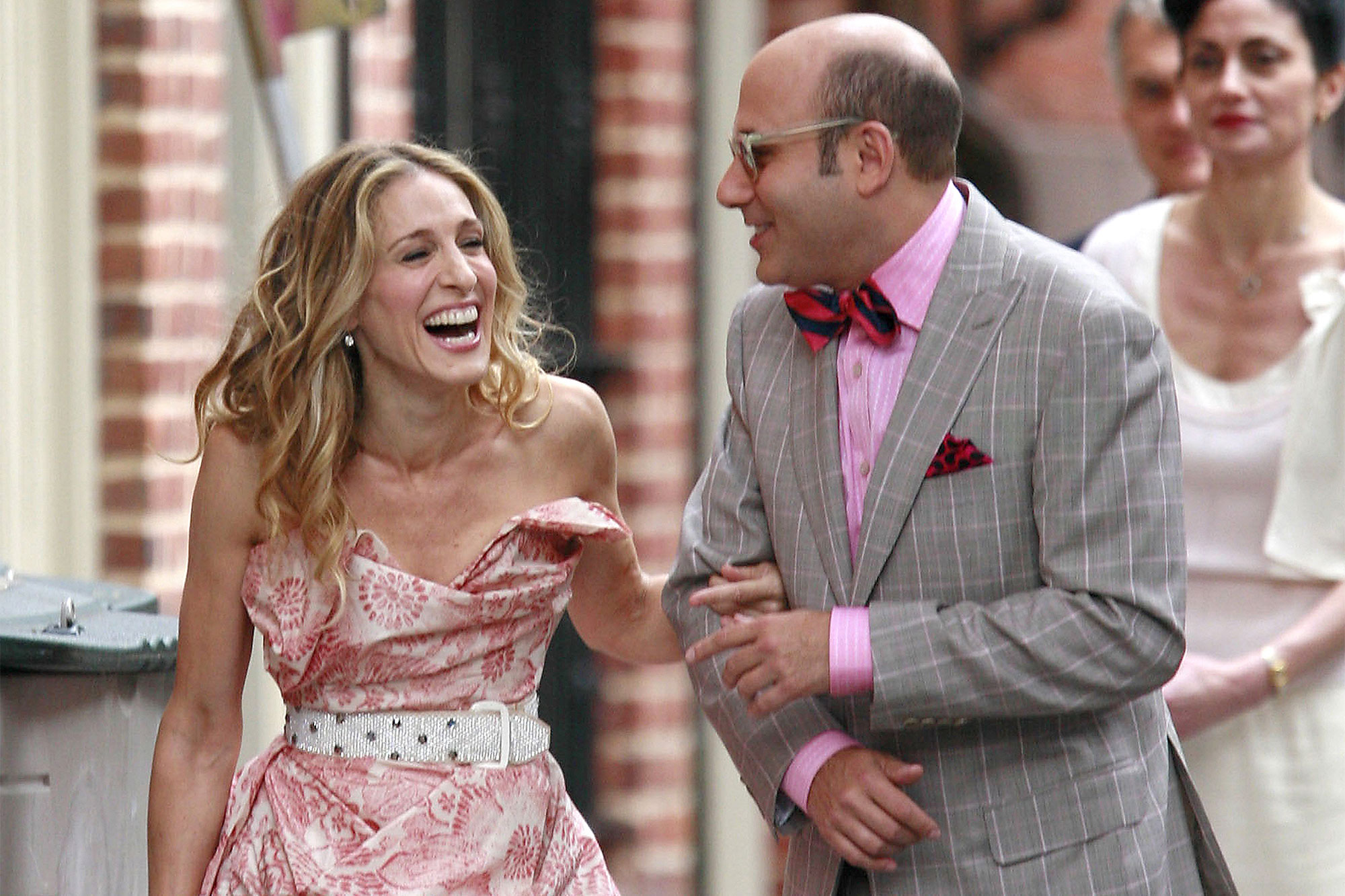 “We do understand and we and we really we even talked about it at the first table reading we truly, truly appreciate it,” he exclaimed. “I mean, the fans, you know, you want things to do well, but the fans of this is have kept us going all this time, and that’s why we do it. So God bless us for being allowed to do this. And it’s because of the fans.”