Shanghai Disneyland announced suddenly Sunday evening that it was no longer accepting any new visitors and was cooperating with an epidemiological investigation from another province. They then locked down the park as Shanghai city health care workers and police rushed to conduct a mass testing of the visitors already inside.

After testing everyone, the park will remain shut on Monday and Tuesday as it continues to cooperate with pandemic prevention efforts, Shanghai Disneyland said in a statement Monday. 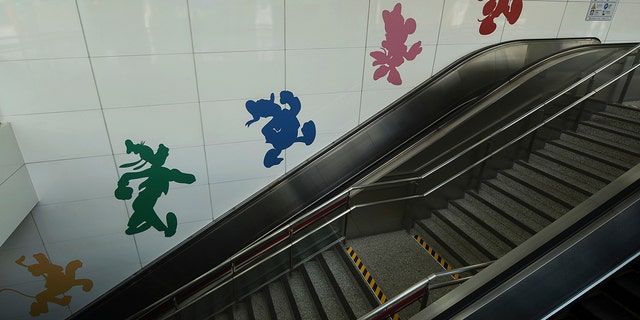 Disney characters on a wall next to the escalator inside a closed subway station at the Shanghai Disney Resort in Shanghai, China, on Monday.
(Chinatopix via AP)

The park’s sudden lockdown and temporary closure underscored just how serious China is about enforcing its zero-tolerance pandemic prevention strategy.

Globally, many countries have turned to living with the virus, whether out of choice or necessity, although as virus surges come and go, many face overburdened health care systems and additional deaths.

In China, which has kept its borders sealed since March 2020, the response has been to cut the chain of transmission of the virus as quickly as possible. With a strict quarantine-on-arrival policy, the authorities have aimed to stamp out each local outbreak to zero — helping China keep its reported totals to 4,636 deaths and 97,243 cases since the pandemic began.

The case that may have prompted Disneyland’s actions involved one person whose illness was discovered in the nearby city of Hangzhou and had visited the theme park on Saturday, local media reported. 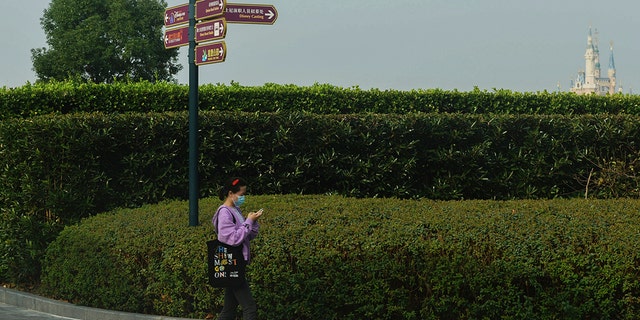 A woman wearing a face mask to help protect from the coronavirus walks near the closed Shanghai Disney Resort in Shanghai, China, on Monday.
(Chinatopix via AP)

For hours on Sunday night, tens of thousands of families and visitors were stuck in the park as they waited for a negative test result that would allow them to leave.

The city announced Monday morning that all 33,863 people who had been at the park over the weekend had tested negative for COVID-19. They will be asked to get tested again and their health will be monitored.

One Disney fan, who gave her family name as Chen, said she was inside the park when she heard an announcement at 5 p.m. that everyone must get tested.

“No one complained, and everyone behaved really well,” Chen said. She said she holds an annual membership and visits the park at least once a month. She is waiting at a hotel for her second COVID-19 test before she can go back to Beijing.

Shanghai Disneyland is just the latest example of how far Chinese authorities will go to stop the spread of the virus. 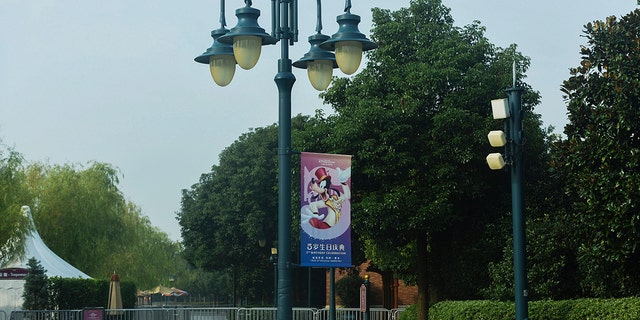 Barricades are set up at the closed Shanghai Disney Resort in Shanghai, China, on Monday.
(Chinatopix via AP)

Last Thursday, Beijing Railway authorities told health authorities in Jinan to stop a train that was traveling from Shanghai to Beijing because one passenger was a close contact of someone who had tested positive for COVID-19.

Jinan health authorities then sent health care workers, transportation workers and police rushing to the station to quarantine the passengers and disinfect the train. They sent 212 people into centralized quarantine, including the close contact.