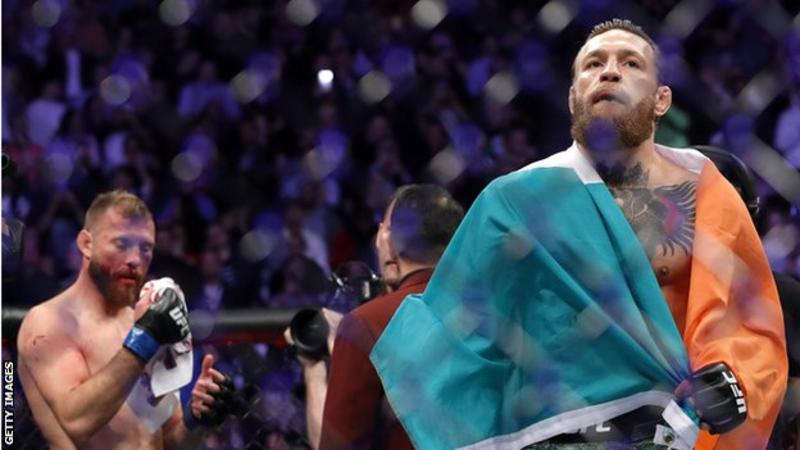 Conor McGregor has pledged one million euros worth of personal protective equipment for hospitals in Ireland.

In a private twitter exchange with Irish Minister for Finance Paschal Donohoe, published by McGregor, the UFC star said he planned to buy the equipment on Wednesday before distributing it around hospitals in Dublin.

It comes a day after the Dublin native, 31, called for the government to fight back against the coronavirus by introducing an immediate lockdown.

McGregor also repeated his calls for all construction sites to be closed.

“Today I am purchasing myself, one million euros worth of personal protective equipment to be deployed to all the fighting hospitals in the region,” he said in a lengthy response to Minister Donohue.

It appears that the minister initiated the conversation with McGregor after the fighter’s passionate video on Tuesday, and asked him to convey the importance of social distancing to his considerable social media following.

After Tuesday’s figures were reported, the number of confirmed coronavirus cases in the Republic of Ireland stood at 1,329.

McGregor indicated that the equipment he purchased would be sent to hospitals in Ireland’s most populous province Leinster.

Bianca Williams: Police apologise to British sprinter and her partner for ‘distress’ over stop and search