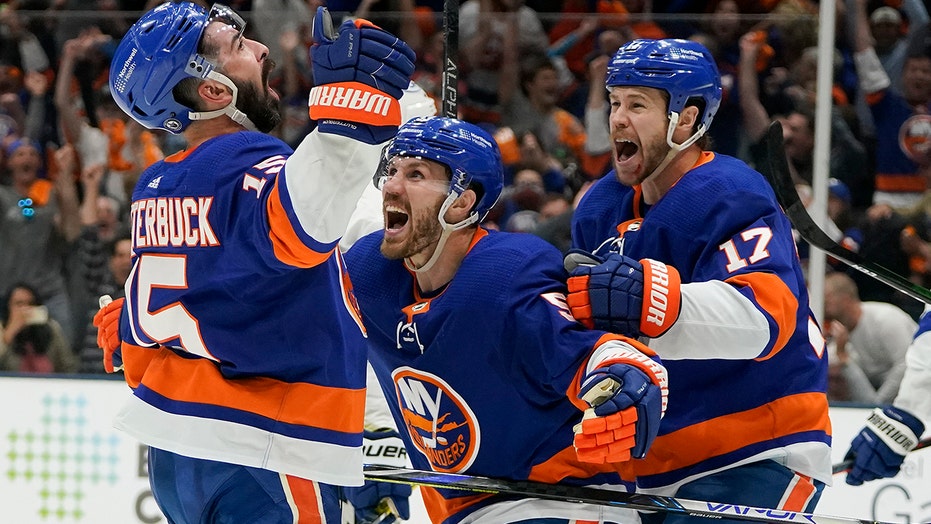 New York Islanders fans set the stage for Game 3 of the team’s Stanley Cup playoffs matchup against the Tampa Bay Lightning on Thursday night with a chilling rendition of the national anthem.

The fans’ rendition came more than a week after fans and singer Nicole Raviv went viral during the team’s playoff matchup against the Boston Bruins. On Thursday, spectators at the Nassau Coliseum did it again and gave another beautiful performance of “The Star-Spangled Banner.”

The Islanders also got some support from New York Jets players who were in the house to watch the game.

Jets offensive lineman Dan Feeney and rookie quarterback Zach Wilson were among those in attendance. Feeney was seen at one point chugging a beer to get the fans going.

However, New York would come up short on the ice.

“They had some control late, something to look at,” Point said after the game. “We still had guys sacrificing, blocking shots and all that good stuff. We’ll take the win for sure.”

Cal Clutterbuck scored the lone goal for the Islanders.

“We have to get more pucks, we have to get inside,” Islanders coach Barry Trotz said. “We had some chances. Vasilevskiy made a couple of key saves. They didn’t have a lot tonight, I thought we were pretty good defensively as well.”

Game 4 is set for Saturday night.