JON MOXLEY launched a foul-mouthed attack on Kenny Omega after the underwhelming ending to their brutal exploding barbed wire deathmatch.

The two mega-stars battled it out in a bloody encounter at last night’s Revolution pay-per-view for the AEW World Title. 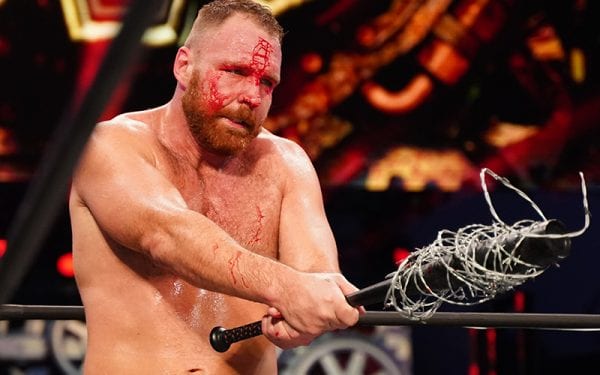 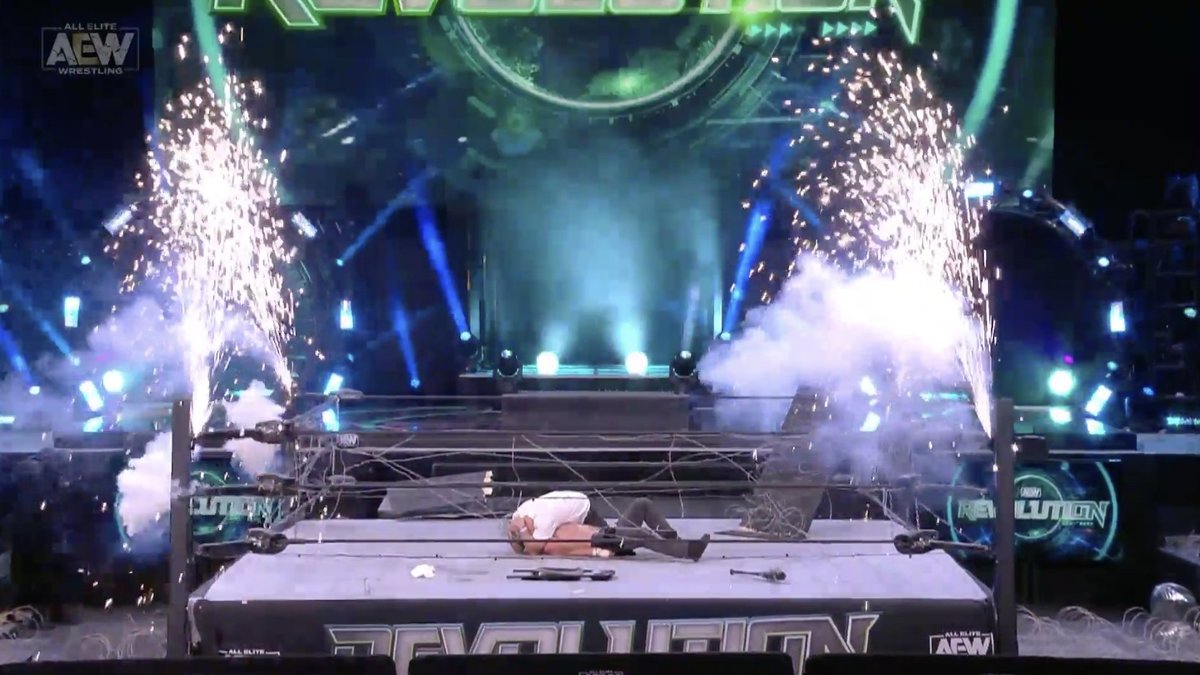 Three sides of the ring, in a storyline built by Omega, were covered in barbed wire which would explode upon impact.

There was also a bed of barbed wire outside the ring, which Moxley used to hit a Deathrider on the champ from the apron.

Another rule of the match was that the ring is supposed to explode on the 30 minute mark.

However, fans were left deflated after the extravaganza ended in meek fashion.

The Good Brothers showed up to help Omega retain his title before they handcuffed Moxley in the ring and left him there as the clock neared the half hour mark.

Eddie Kingston rushed out to try and save his former rival but he was too late and was still in the ring as the timer went off.

However, in a believed botch, just a few sparkles and tame flames appeared in what can not even be described as an explosion.

Kingston acted as if he had been blown up while Jim Ross and the commentary team described the scenes as if something horrible had happened.

AEW owner Tony Khan said afterwards: “I don’t know what some people wanted short of actually blowing both the guys up. There’s only so much we can do.”

And after the show went off-air, Moxley took aim at Omega and mocked him over the tame ending to the highly-anticipated bout.

“I’ve seen more dangerous s*** on Ridiculousness on MTV. What the f*** was that?”