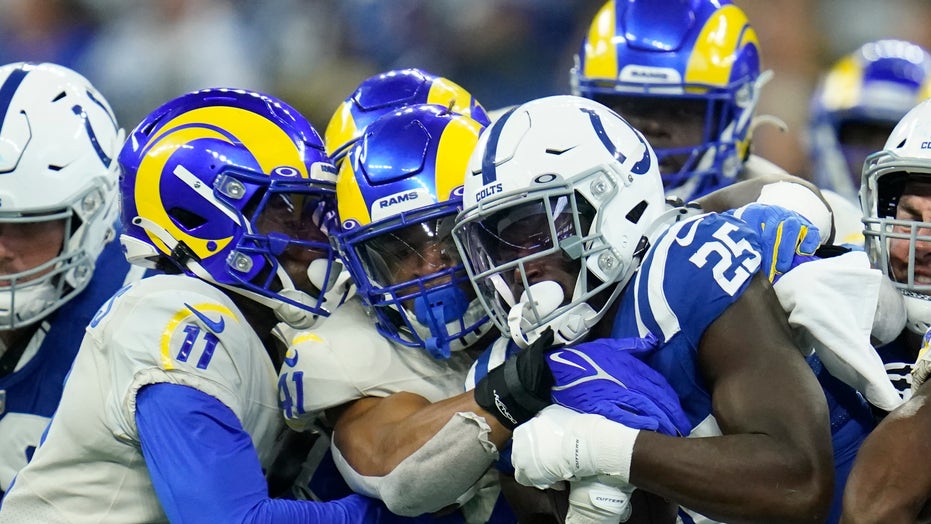 Los Angeles Rams linebacker Kenny Young was ejected during Sunday’s game against the Indianapolis Colts after getting into a heated exchange with an official.

Young was given an unsportsmanlike conduct penalty and disqualified for making contact with an official late in the third quarter after getting too close to a ref, hitting his hat.

The incident happened after Colts running back Jonathan Taylor went down at the Rams’ 4-yard line for a loss of one yard. Teammate Zach Pascal was called for taunting. While motioning to the official, a heated Young appeared to accidentally knock his hat while also pushing his arm away.

Rams defensive tackle Aaron Donald appeared to exchange words with Young for the action that resulted in a 10-yard penalty.

Pascal also received a 15-yard penalty for taunting. Three plays later, he scored a touchdown on an eight-yard pass from Carson Wentz.

The Rams would push hard in the fourth quarter to win 27-24 over the Colts. Kicker Matt Gay’s 38-yard field goal with a little over two minutes left in the game and Jalen Ramsey’s interception just seconds later gave the Rams their second win of the season.