The AFL has cornered the market in Anzac Day activity with Essendon and Collingwood dominating the day's sporting agenda ever since the first game was staged in 1995.

But before the Anzac Day game, before the opening of Crown Casino and 24-hour gaming, before pokie machines became such a permanent fixture in what seems like every pub and club in Melbourne and before the onset of online wagering, racing held sway as the premium sport on Australia's most sacred day of rememberance. 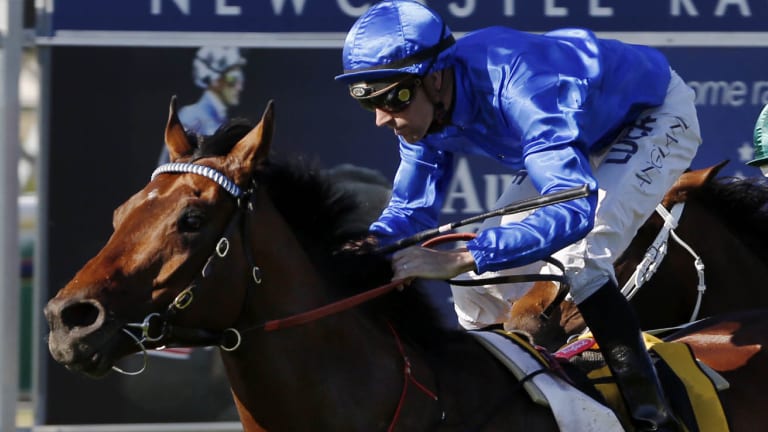 The Anzac Day Flemington meeting featured the St Leger, a distance test for three-year-olds, as its centrepiece but it was also memorable for the legal Two Up games staged on a once-a-year basis by Nappy Ollington in the 1990s when a license to stage the games legally had been granted.

Estimates were that as many as 4000 racegoers would hang around after the last race and try their luck to the cries of Come In Spinner in one of the three rings in the Hill Stand.

Those days are gone, but the Leger meeting continues and for those who want an afternoon diversion that isn't football related it remains the best option for live sport.

The race names – the VRC St Leger and the Auckland Racing Trophy apart – commemorate war heroes and crucial battles in Australian history, while the VRC is offering free entry and a complimentary drink for all current and former Australian Defence Force (ADF) personnel and Returned and Services League of Australia (RSL) members.

A traditional ritual will be held to commemorate the Australian and New Zealand men and women who died in battle.

The games of Two Up will still be staged, but its a far cry from the days when Flemington on Anzac Day was the only place it could be played, at least legally.

And in a nod to the domination of fooball, the Collingwood and Essendon game will be screened all over the track.

The 2800-metre St Leger is not what it once was, a victim of the Australian breeding industry's fixation on speed and precocious two-year-olds.

Gallopers requiring the 2800-metre journey to be seen at their best require patience and time to age and mature – not commodities often seen in contemporary owners.

But there will always be a place for a stayer while Australia's greatest race, the Melbourne Cup, is run over 3200 metres and hope springs eternal for owners of slow, late maturing types who will be hoping that they can show they have a future in long distance tests like the Leger.

The Godolphin-trained Astoria, who has good form in group two and group three contests over middle distances, will start favourite and should prove the one to beat. Last time out he was down the track in the Australian Derby behind Levendi, but he has been placed against the likes of Levendi, Cliff's Edge, Valiant Spirit and Holy Snow in recent months.

Gai Waterhouse has won this race twice in the past six years and her father TJ Smith won the race six times, so the family know what is required.

This time she relies on Delos, who has won twice in the past month, scoring in a maiden at Newcastle and a restricted race at Goulburn. Those wins came over 1800 metres and 2100 metres, and he has shown distinct improvement since stepping up in trip. She also has Runaway, with Steve Baster engaged. Ben Melham rides Delos.