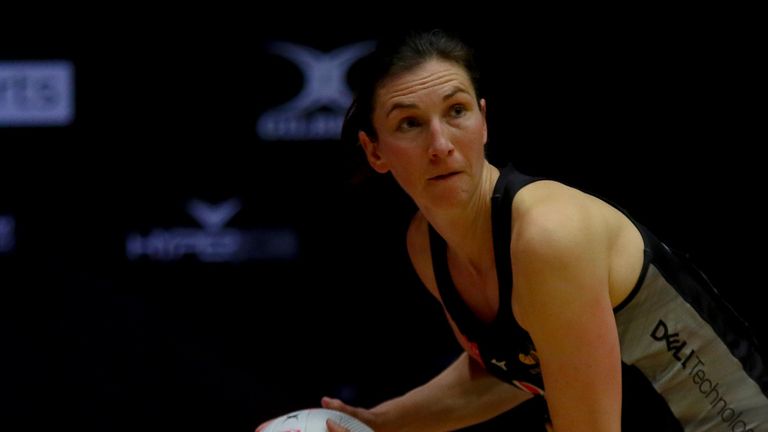 Wasps Netball and Strathclyde Sirens enjoyed a thrilling 32-32 draw to end a superb Vitality Netball Superleague Sunday on a high.

The goal-for-goal contest went down to the final seconds, before the evergreen Rachel Dunn made no mistake on a penalty pass or shot under the post, and that ensured the two-time champions snatched a draw against an impressive Sirens side.

Round Seven now continues on Monday, with two matches live on Sky Sports Main Event and Mix from 5pm. First, Bath and Sirens return to court to face each other, before Leeds Rhinos Netball meet Severn Stars.

For the second round in a row, Strathclyde Sirens had to share the spoils with another team, as Dunn’s last-second penalty pass or shot denied them a memorable first victory over Wasps Netball.

With a minute to go, the Scottish side held a 32-30 lead before Wasps converted their centre pass to goal, and then Ella Powell-Davies picked off a vital interception.

Who else needs a lie down after that one? 🙋‍♀️

Off Powell-Davies’ intervention, Mel Mansfield’s team looked straight to goal and despite Dunn missing her first attempt to level the contest, she made no mistake with the second after a contact call on Katie Harris.

The dramatic finish was befitting of the exceptionally tense encounter and the 48-minute match was another indication of Sirens’ considerable improvement this season.

Sirens continue to enjoy their best-ever start to a Superleague campaign and the fact that technical director Karen Atkinson was “mostly frustrated” after the draw, says everything that you need to know about their aspirations and levels of belief.

From start to finish, Sirens disrupted the two-time champions; they made them question themselves and they frustrated Wasps in attack.

Having stayed in close contact throughout, the Scottish outfit then richly deserved their 25-23 lead heading into the final quarter, and the fact they forced Wasps into two attacking line-up changes, highlighted their excellent work.

After maintaining their two-goal cushion, the final throws of the contest will take some time for Sirens to digest and heal from. In the end, it came down to Wasps having a quick route to goal and then one pass from the, otherwise excellent, Gia Abernethy being picked off.

For Wasps, Dunn’s last-minute goal will have felt like a ‘Get Out of Jail Free Card’ being played, while Sirens should look at the match overall and use the positives to continue on their upward trajectory.

I’m probably mostly frustrated because we should have won that. I think that we were in control for large periods of the game but there was just a bit of naivety in the end. I’m so proud of their fight, determination and spirit – defensively I thought that we were excellent.

Mavs and Pulse deliver in derby

Saracens Mavericks and London Pulse enjoyed an intense derby day, with both teams’ defensive ends showing their skills in Wakefield.

The victory for Kat Ratnapala’s side is their fourth of the season and will go a long way towards erasing the memories of a frustrating 34-34 draw in Round Six. For London Pulse, the contest again highlighted the talent that they have within their ranks, but a slower start than their rivals cost them.

FULL TIME | Mavericks hold their own and take the win against London Pulse today!

Thank you @Pulse_Netball for an amazing match, really exciting action from both sides today

Sam Bird had decided to field an unchanged starting seven to the one that helped Pulse create their first victory of the season last time out, while Ratnapala shuffled her hand.

With Ine-Mari Venter at GA and Kadeen Corbin at shooter, Mavs had plenty of height in their attack end and a potent defensive unit ready to back them up.

After leading by one at the first pause, Mavs upped their defensive pressure in the second quarter. Razia Quashie took Sigi Burger out of the game and overall, they forced Pulse into making numerous errors.

With a 21-15 deficit against them, Bird used the break to introduce Lindsay Keable at GD in order to combat Venter’s presence. Keable’s arrival shifted Zara Everitt to WD and moved Funmi Fadoju‏ to the bench.

The change paid dividends as Pulse cleaned up their work and increased in confidence. They won the third quarter by 11-9 and then drew back to within two with seven minutes remaining.

However, Mavs were ready for the comeback. They were able to withstand Fadoju’s dynamic return and unlike last week, they retained their position of advantage until the full-time whistle. 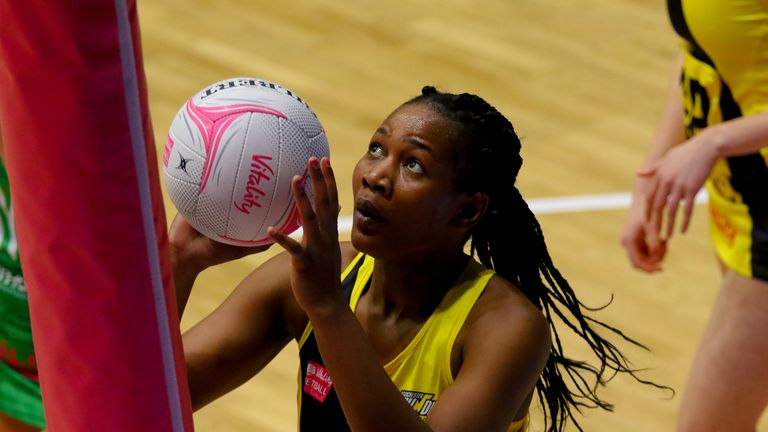 After holding a 36-18 lead at the midway point, they added another 33 goals to their tally in the second half and made life extremely uncomfortable for their Welsh opponents.

Dragons had started superbly; they looked confident in attack and were reaping the benefits of Amy Clinton putting up 100 per cent of her shots. However, a 19-4 second quarter against them did the damage.

At the first pause, Thunder had introduced Alicia Scholes at WA, and her speed and vision helped the 2019 champions up the tempo significantly. 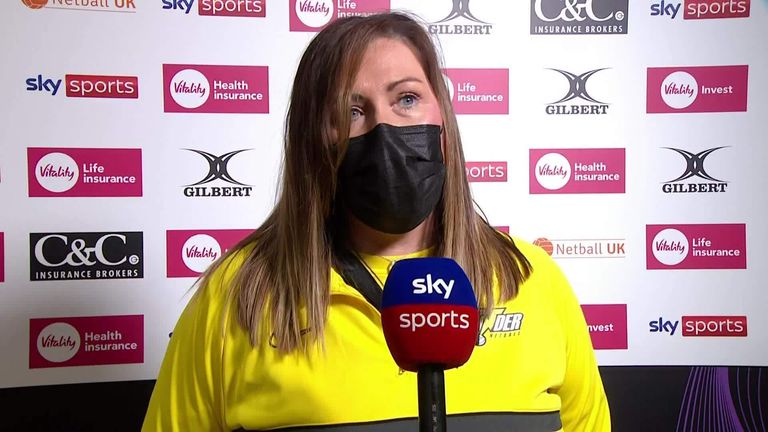 Scholes was one of a number of young Thunder players that head coach Karen Greig trusted during the match, with Lois Pearson, Berri Neil and Elia McCormick also enjoying court time.

In contrast, Dragons’ head coach Tania Hoffman largely stuck with her starting seven. She was keen for them to problem-solve and work things out on the job, but throughout they had no answer to Thunder’s ability to feed Joyce Mvula, and then Eleanor Cardwell, easily in the circle. 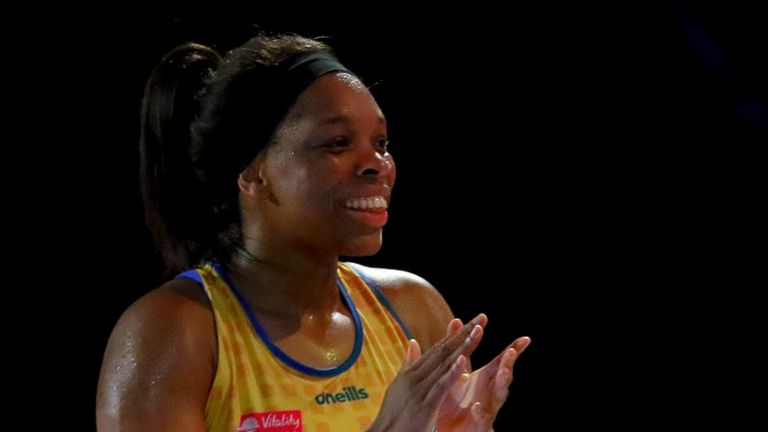 Team Bath Netball started their two-match round by maintaining their 100 per cent record with a 50-30 result against Surrey Storm.

Anna Stembridge’s outfit remain the only unbeaten side in the competition and they’ve now scored 312 goals during the course of their six matches.

Despite holding an eight-goal cushion at half-time, Bath hadn’t had it all their own way in the first half due to Surrey Storm’s hustling from post-to-post.

However, when they did turn it on Bath made it look effortless, as Serena Guthrie showed her class around the edge of the circle and both Kim Borger and Sophie Drakeford-Lewis shot well.

Creak, who had a difficult time last weekend, looked much more comfortable alongside Drakeford-Lewis and was a key part of her side securing the second half more comfortably than the first.

Sky Sports is your home of netball. The Vitality Netball Superleague continues on Monday with two more matches on Sky Sports Main Event and Mix from 5pm, both contests will also be streamed on the Sky Sports YouTube channel.