Temperatures are expected to drop below freezing today with multiple areas in England expecting snow due to a heavy band of low pressure. Storm Bella has already caused havoc across the country with some areas in the South East of England flooded while wind speeds of over 80mph were also reported in the South and Wales. Yellow warnings have now been issued by the Met Office for large parts of the UK into Thursday with some areas seeing a high of just 5C (32F).

Many other areas of the country will struggle to reach temperatures above freezing with London and parts of the North East hitting zero degrees today.

Snow had already fallen in parts of Scotland and Northern Ireland on Sunday following the storm conditions for many across the UK on Saturday.

Approximately, 100 flood warnings were issued in England due to Storm Bella. 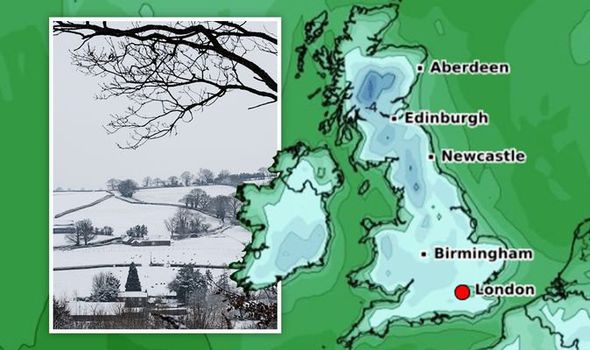 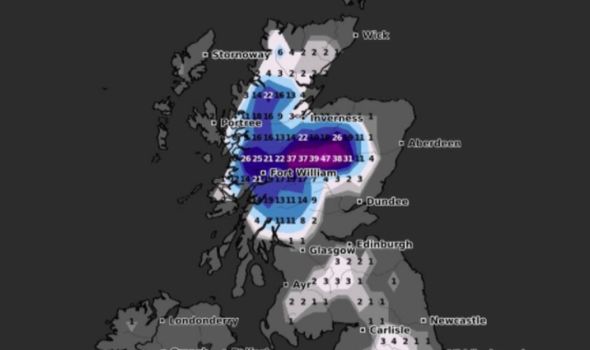 “A few areas of thicker cloud with rain, sleet or snow, perhaps giving a covering in places.

“Cold, after overnight frost and ice in places.”

The snow and sleet showers have been caused by Storm Bella moving southwards through England.

Due to the storm moving down the country, longer spells of sleet and snow will be experienced in Scotland, Northern Ireland and the North West. 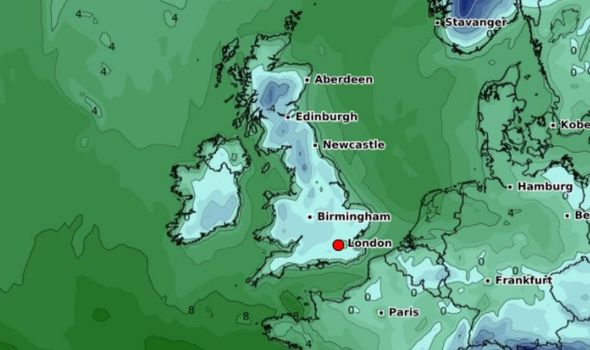 So far, weather warnings have now been issued for tomorrow although forecasters are predicting temperatures will continue to remain cold until the turn of the year.

Due to a band of low pressure, forecasters have predicted heavy evening frosts and wintry showers in some areas.

Looking from tonight onwards, the Met Office predicted a continuation of the cold temperatures.

They added for this week: “Still some coastal showers, and one or two areas of more persistent rain, sleet and snow drifting inland. 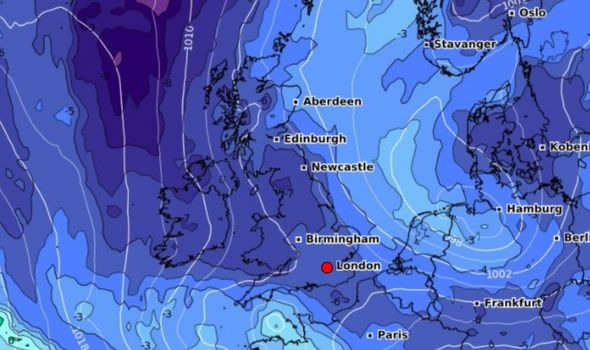 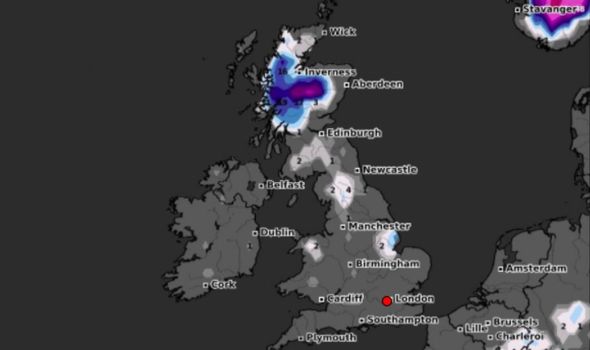 “However many inland areas clearer and frosty, a sharp frost in places.

“Some rain and snow possible in southern England on Wednesday and Thursday.” 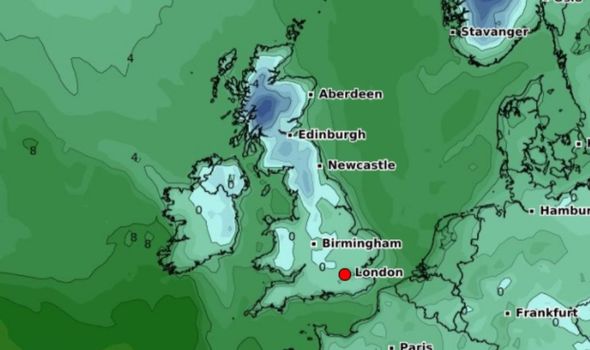 Weather maps from WX Charts show most of the UK is set to experience subzero temperatures later this week.

On Wednesday, December 30, the charts show most of the country will see temperatures dip below zero with Scotland nudging -7C.