In December 1938, physicists Lise Meitner and Otto Frisch made the startling discovery of nuclear fusion in a Berlin laboratory that would immediately revolutionise nuclear physics and lead to the atomic bomb. Fears among scientists, who were refugees in Germany, soon became heightened over the possibility of Adolf Hitler getting his hands on the breakthrough and so Hungarian-born physicists Leo Szilard, Edward Teller and Eugene Wigner drafted a letter that would change history forever. The document read: “In the course of the last four months it has been made probable – through the work of [Frederic] Joliot in France as well as [Enrico] Fermi and [Leo] Szilard in America – that it may become possible to set up a nuclear chain reaction in a large mass of uranium, by which vast amounts of power and large quantities of new radium-like elements would be generated.

“Now it appears almost certain that this could be achieved in the immediate future.

“This new phenomenon would also lead to the construction of bombs, and it is conceivable – though much less certain – that extremely powerful bombs of a new type may thus be constructed.”

Sent to US President Franklin D. Roosevelt, the letter was signed off by none other than legendary German physicist Einstein.

This has led to many questioning whether he should be remembered for helping stop the Axis powers, or berated for signing off on a letter that could have potentially ended humanity. 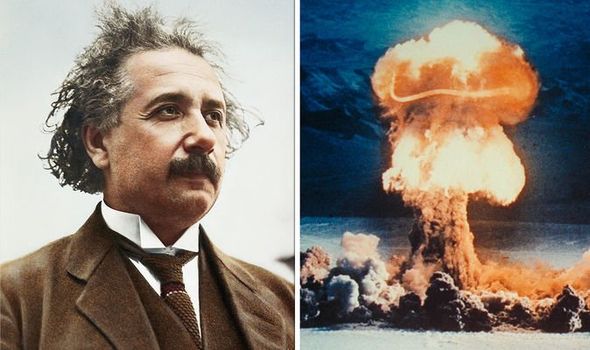 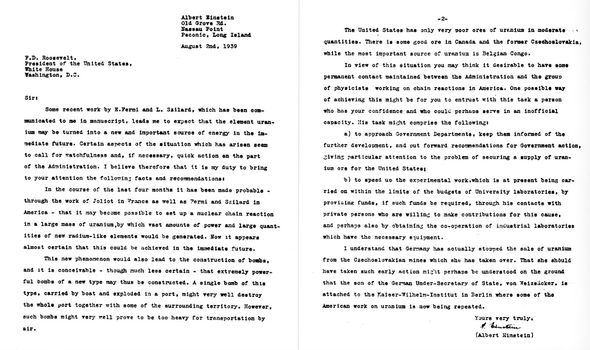 But fellow physicist Prof Reed says Einstein was “neither a hero nor a villain” and that he was “just the messenger”.

He told Express.co.uk: “This is a common misconception that he was intimately involved in this is largely limited to that.

“He would have been regarded as a security threat, but the folks that prevailed on him to sign the letter did so because Einstein was a name that anybody would recognise and would attract attention.

“He ended up in a sense as a public face of the era.

“But the idea of a chain reaction came as a surprise to him when it was mentioned. That was not his research area. 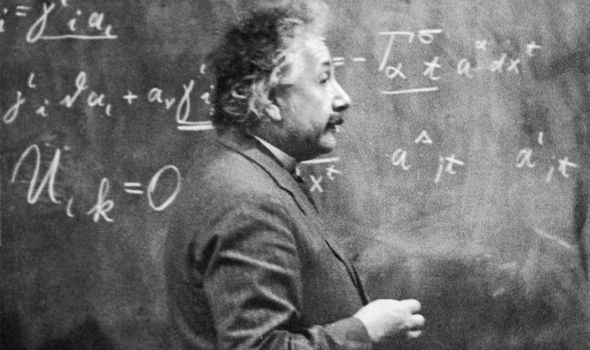 “He was just used as the recognisable signature on the letter.”

In October 1939 American economist and banker Alexander Sachs delivered the Einstein doomsday letter to President Roosevelt, suggesting that nuclear-fission research ought to be pursued with a view to possibly constructing nuclear weapons.

After hearing Sachs out, Roosevelt allegedly remarked, “Alex, what you are after is to see that the Nazis don’t blow us up.”

The letter would prompt Roosevelt to organise research into what would later become known as the Manhattan Project.

But Prof Reed, who has published five textbooks and over 50 journal papers on the top secret mission, has also found an alternative view of history. 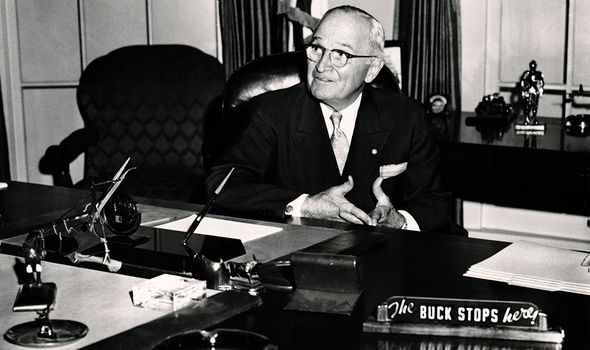 He showed Express.co.uk how an article in the March 14, 1950, edition of ‘Look’ magazine indicates that the President was not convinced at that meeting that he should embark on what “could be a very costly endeavour”.

Prof Reed added: “I don’t know how to judge it.

“Something written a few years after can be challenging. Memory becomes valuable, gaps get filled in.

“Who knows, but I think it’s a credit to Roosevelt that he took it seriously.

“When you look at the history of the German programme, there was nobody in an advisory option to Hitler that had the technical background to take it with the same seriousness.

“Sachs’ document is really amazing, he was so foresightful, he was anticipating nuclear-powered aircraft carriers and submarines way ahead of his time.” 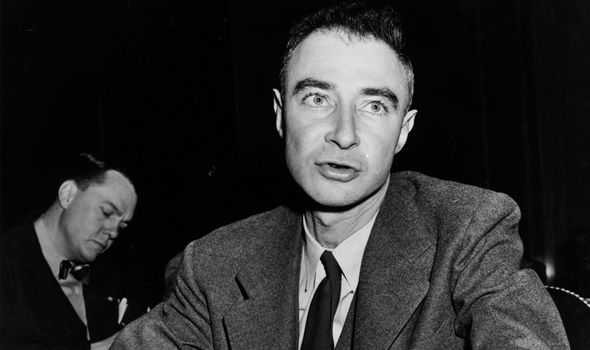 Prof Reed has now had his new book ‘Manhattan Project: The Story of the Century’ published to answer crucial questions on the project.

The book does not only portray the history and scientific implications but also provides brief biographies of key figures like the head of the Los Alamos Laboratory Robert Oppenheimer.

Through a variety of illustrations and diagrams, the text chronicles the history of nuclear weapons from the discovery of x-rays to the drop of the atomic bombs on Hiroshima and Nagasaki.

He told Express.co.uk how it “totally changed” the relationship between science and political policy that we still see today.

Prof Reed said: “Suddenly, after the war, a country’s power was going to be based on the strength of its laboratories, universities and scientists – it was traditionally military power.

“It really changed the course of history and thrust scientists into the public sphere like never before.

“We are still living with that legacy 80 years later and I don’t think many people appreciate how many nuclear weapons are still out there.”

You can get your copy of the book here.