THE Queen waded into the climate debate yesterday, suggesting world leaders are “irritating when they talk but don’t do”.

Her unscripted remarks were filmed on a phone after she opened a session of the Welsh parliament. 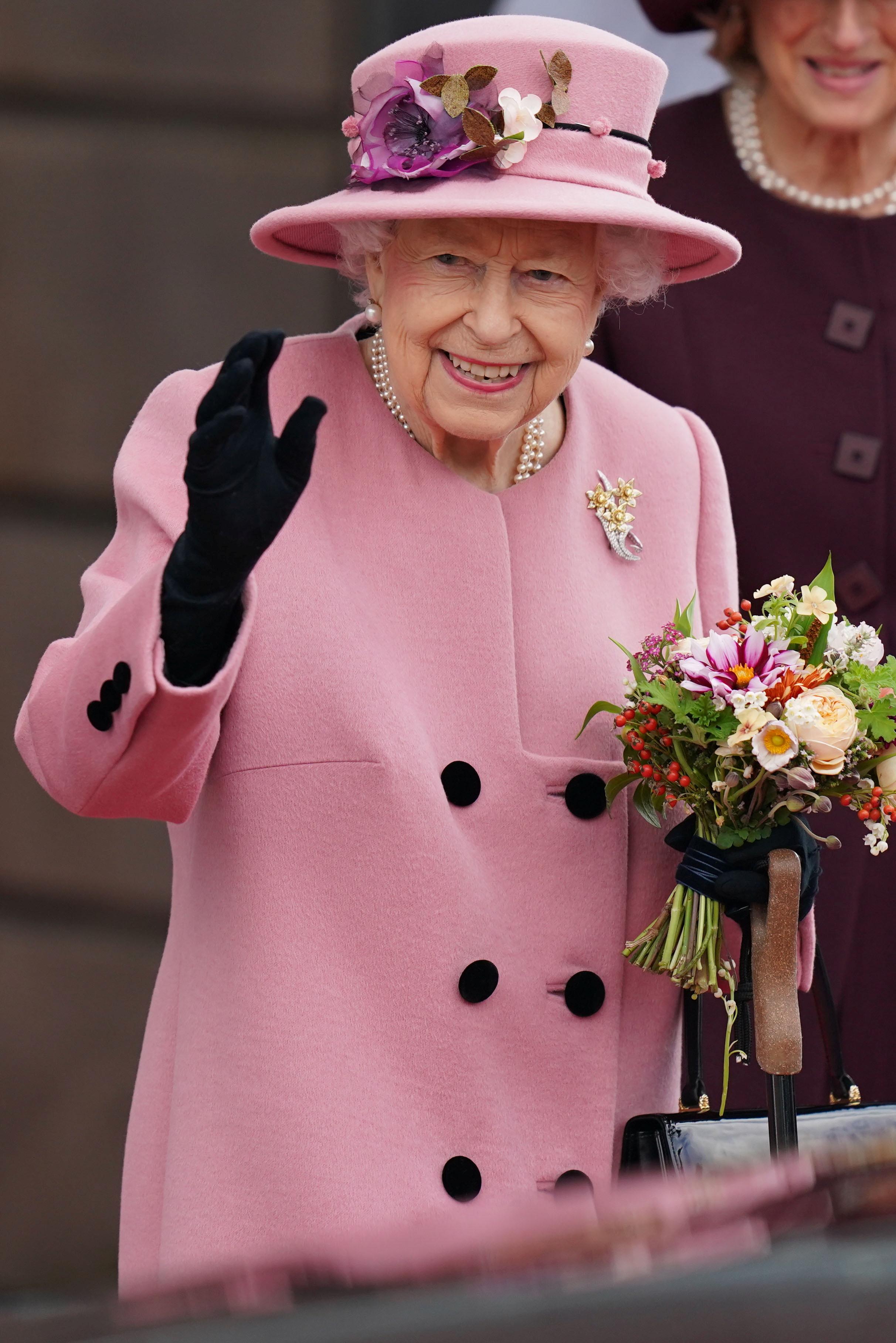 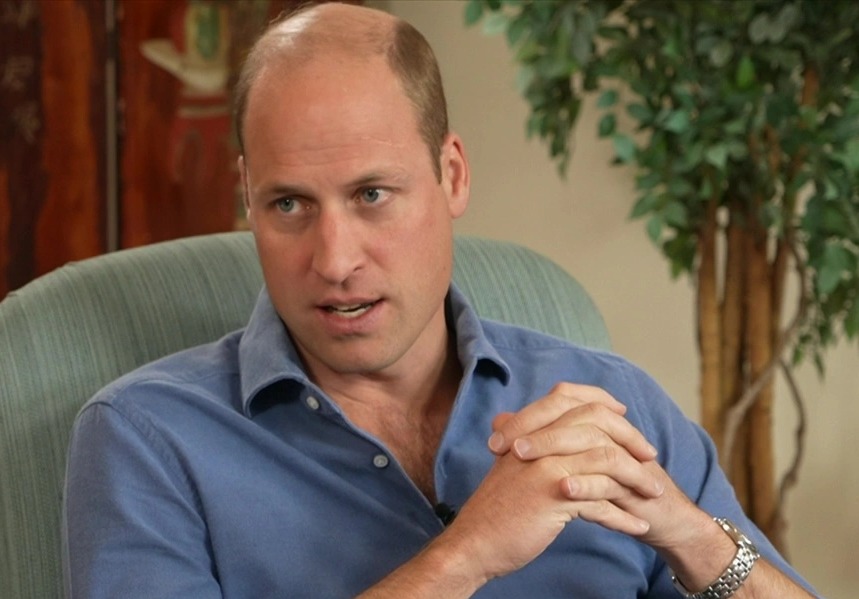 She also beamed when reminded of grandson Wills’ call for focus on Earth rather than space tourism.

The monarch echoed Greta Thunberg yesterday by taking a swipe at world leaders who “do nothing” in the fight to save the planet.

Prince William also weighed in — saying it would be “too late” and an “absolute disaster” if son George was trying to tackle climate change in 30 years.

Her Majesty’s unscripted remarks came in a chat with Camilla, filmed on a phone camera.

The pair — who had been at the reopening of the Welsh parliament, or Senedd Cymru — were overheard discussing the UN Climate Change Conference (COP26), being held in Glasgow from October 31.

The Queen is heard saying they “still don’t know” which of 120 world leaders will attend the summit, adding she has “no idea”.

She then says it is “irritating” when “they talk, but don’t do” — to nods from Camilla and Senedd presiding officer Elin Jones.

She adds: “We only know about people who are not coming . . . and it’s really irritating when they talk, but they don’t do.”

In a separate clip of the Queen’s visit, posted online by the Welsh government, Elin Jones leans in and says: “Exactly, it is a time for doing — and watching your grandson (William) on TV this morning saying there’s no point going to space, we need to save the Earth.”

William said billionaires should be spending their money and minds on fixing the planet.

A beaming Queen replies to Ms Jones: “Yes, I read that.”

In a BBC Newscast interview released yesterday, Wills told host Adam Fleming he hopes the issue can be fixed by the time his children — George, eight, Charlotte, six, and Louis, three — are adults.

Wills said: “It shouldn’t be that there’s a third generation now coming along having to ramp it up even more.

“It would be an absolute disaster if George is sat here talking to you or your successor, Adam, you know in like 30 years, still saying the same thing, because by then we will be too late.”

On Sunday, Wills will name the first winners of his £50million Earthshot Prize which aims to promote environmental change.

Dad Charles has also described the Glasgow summit as the “last chance saloon” on climate change.

All three senior royals will be at the COP26 conference.

Several world leaders have yet to confirm they are attending.

Russia’s Vladimir Putin and China Premier Xi Jinping are said to be wavering. India PM Narendra Modi and Brazil’s president Jair Bolsonaro have yet to commit.

The summit has been billed as crucial to delivering the goals of the 2015 Paris Agreement which pledged increased action to cut greenhouse gases.

John Kerry said some countries “don’t have the energy mix” to slash carbon emissions yet.

And he said there will be a gap between what has been promised and what is needed.

Yesterday the Queen arrived with her walking stick to open the Senedd’s sixth session in Cardiff.

She took two elevators as aides reorganise engagements to stop her walking so far.

She was first seen with the stick at Westminster Abbey on Tuesday.

A source said: “Quite simply, the Queen is 95 and shouldn’t be made to walk too far when there are easier ways.

“The stick is only there for confidence and there is no stopping her. She doesn’t want any fuss.” The Queen, on her first visit to Wales in five years, hailed the population’s pandemic efforts.

Taking her seat in parliament she said: “I’ve spoken before about how recent times have, in many ways, brought us closer together. We all owe a debt of gratitude to those who have risen so magnificently to the challenges of the last 18 months — from key workers to volunteers, who have done so much to serve communities. They are shining examples of the spirit for which the Welsh people are so renowned.”

She told MPs: “The Welsh people have much to be proud of and over the next five years, I am sure you will continue to be inspired by their indomitable spirit, as you represent the interests of Wales and its people, make laws for Wales, and hold the Welsh Government to account. There are many challenges ahead as you work together to promote the well-being of the people of Wales, and ­support the recovery effort. She signed off with “Diolch o galon” or “Heartfelt thanks”.

Buckingham Palace did not want to comment on her unscripted remarks about climate change.

In his Newscast chat William also revealed George’s disappointment at people littering near his school in South London.

He said: “So George recently has been doing litter picking at school.

“Talking to him the other day he was getting a bit confused and sort of annoyed by the fact they went out one day, then next day they did the same route, same time and pretty much all the same litter they picked up back again. And I think that for him he was trying to understand where it came from.”

Meanwhile, PM Boris Johnson hailed raking in nearly £6billion of foreign investment in clean, green projects in a year — in a huge boost for his eco programme.

Cabinet will meet for a special regional session in the South West today to discuss the green agenda. 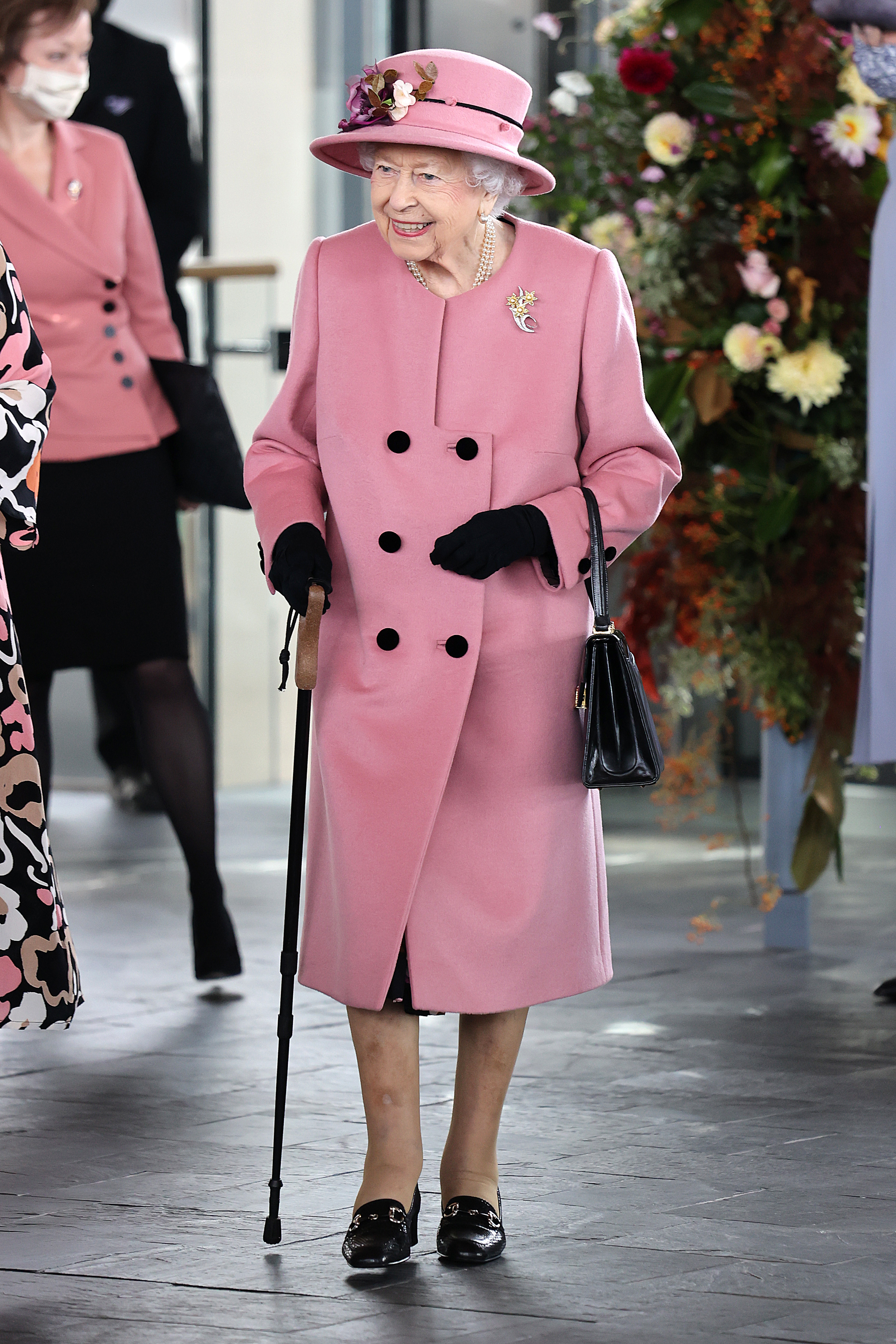 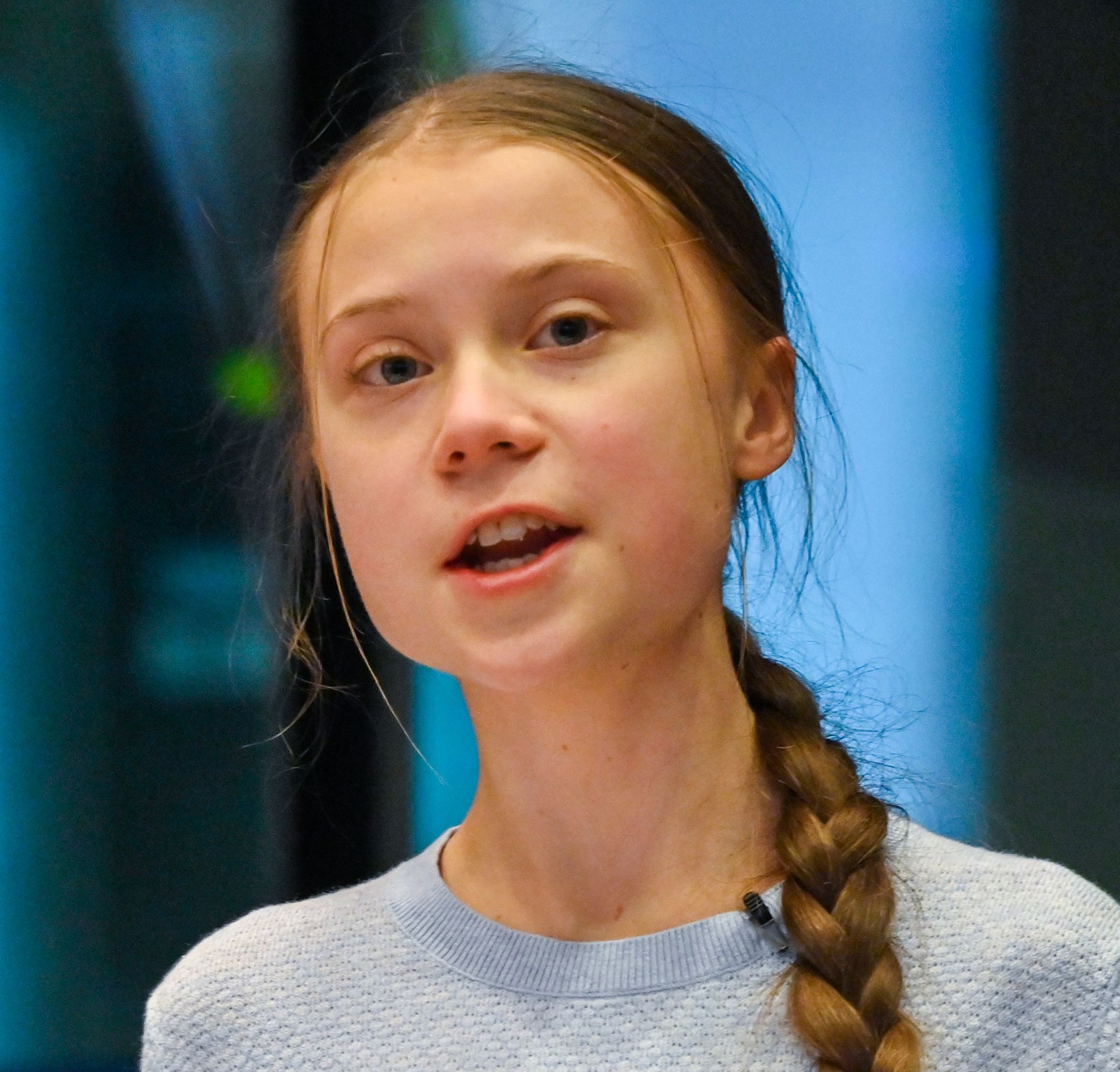 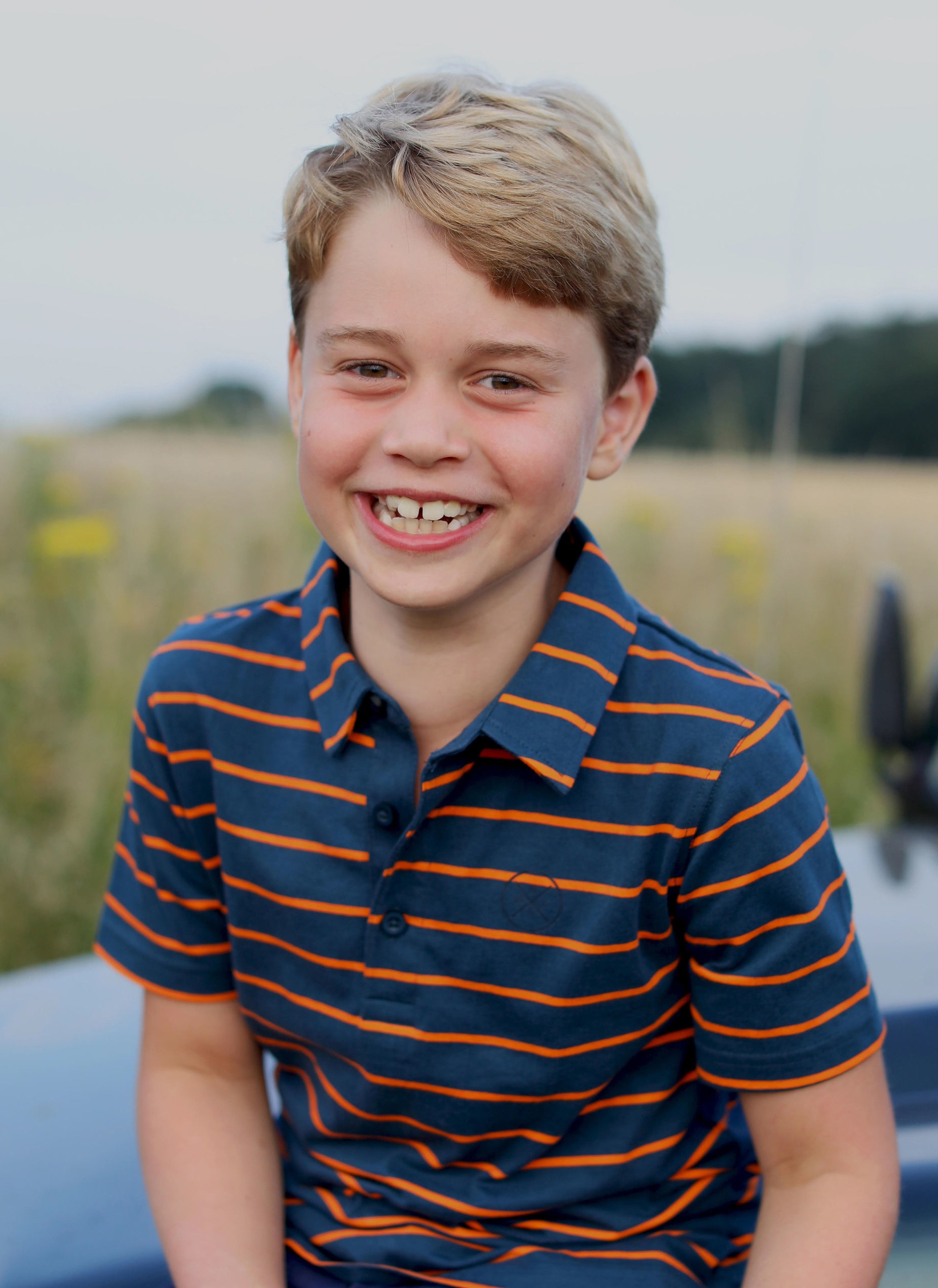 SHE’S EVEN RECYCLING HERSELF 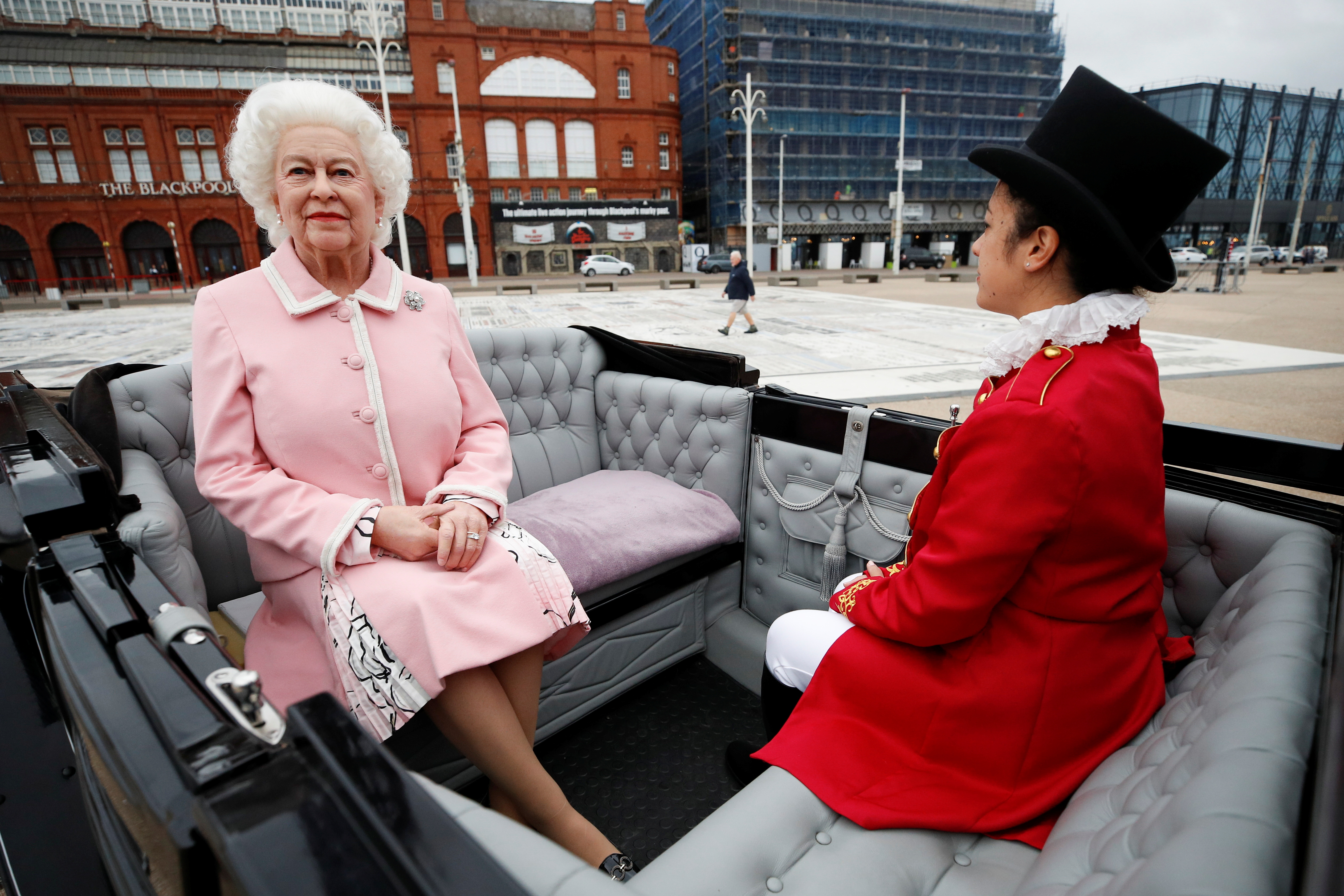 HER Majesty rocks up at the seaside — with her new waxwork unveiled in Blackpool. It took 25 artists 800 hours to make and will be on show at the town’s Madame Tussauds museum.