VIDEO: Lurcher walks on a roof in Aberdare, South Wales

Roof-roof! Death-defying dog goes for walkies on top of house – prompting neighbours to nickname it Roof-us

An adventurous dog has earned the nickname ‘Roof-us’ due to its unusual habit of appearing on top of a house and precariously running across the pitched roofs.

Medical secretary Cari Edwards spotted a neighbour’s lurcher perched on the top of their home in Aberdare, Wales, balanced perfectly on the ridge of the triangular roof – despite there seemingly being no way up.

Hilarious footage shows the deft dog looking out across the South Wales valleys before turning tail and trotting across the top of the other eight houses in the street. 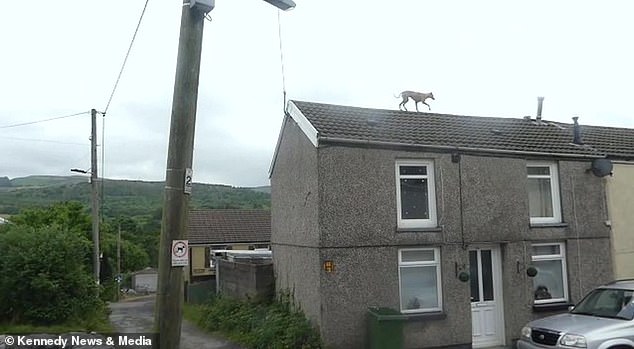 This is the moment a lurcher can be seen walking on the pitched roof of a house in Abedare, South Wales 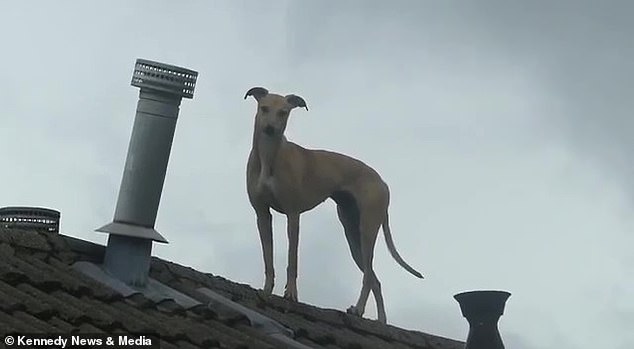 Cari Edwards, 28, filmed the dog who seemed quite content as it strutted along the ridge 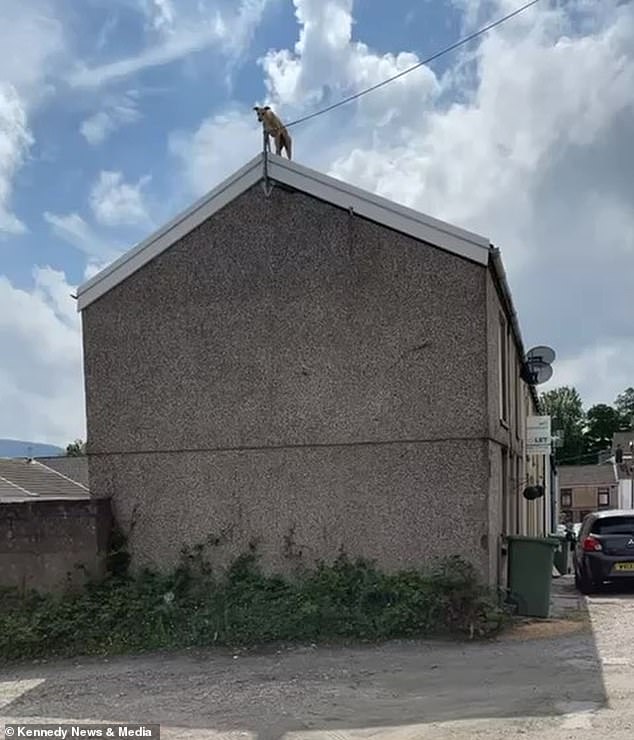 Ms Edwards, 28, and her family have seen the unnamed dog make the same climb daily for the past couple of months ever since its owner moved into the house.

Her video has been viewed more than 1.8million times on social media, hearing the pooch the new nickname ‘Roof-us’.

Ms Edwards said: ‘The dog is up there every day. I’m not sure how it gets up there but a lot of the houses on that street have extensions on the back so I think it jumps up onto that and then climbs on to the roof.

‘It’s really deft up there and will walk across all of the roofs just casually. There’s eight in total.

‘They only moved into that house in the last couple of months but it feels like the dog has been doing it forever. You see it up there all the time.

‘We were worried at first because I’ve never seen a dog up there before and we were concerned it might fall but it looks so comfortable up there.

‘It does it every day now so it must be doing it safely and we’ve got so used to it. The lurcher is so happy walking up and down those roofs. 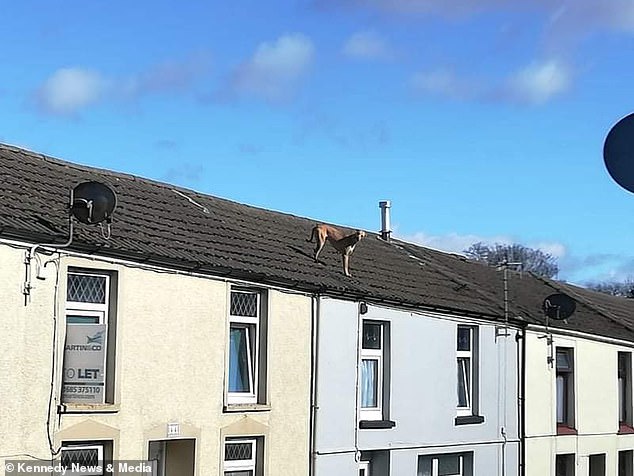 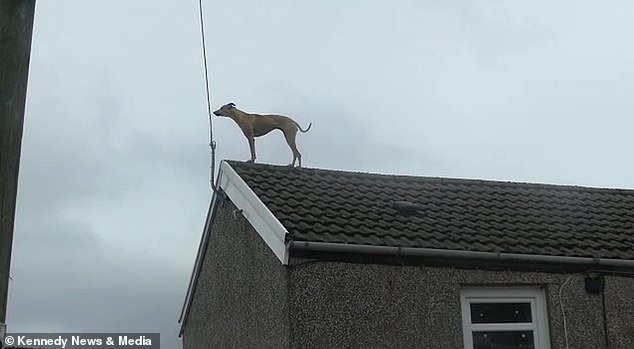 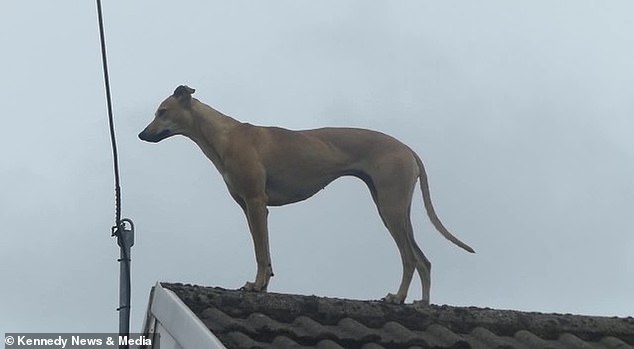 ‘You sometimes hear the owner calling it down and it happily gets back down. I’ve no idea what it’s real name is but we’ve nicknamed him Rufus now.

‘It’s become a bit of a local celebrity now. A lot of time I’ll walk down the street and see and someone else will be filming it up there too.

‘I’ve grown up with dogs all my life but I’ve never seen one do this before..’

The footage left most commentators wondering how the dog ended up on top of the house while others said it was doing it to be a ‘watch dog’.

One commentator wrote: ‘I name this dog Roofus (Rufus).’