Home » World News » We were 5-1 down in humanity's match against climate change, Boris says – but now we're looking at extra-time

We were 5-1 down in humanity's match against climate change, Boris says – but now we're looking at extra-time

PLANET Earth is making a half-time comeback against impending climate doom, Boris Johnson cheered tonight after a day of haggling at COP26.

The PM told a press conference in Glasgow he was "cautiously optimistic" world leaders were slowly turning the tables on global warming to bag a last-minute winner. 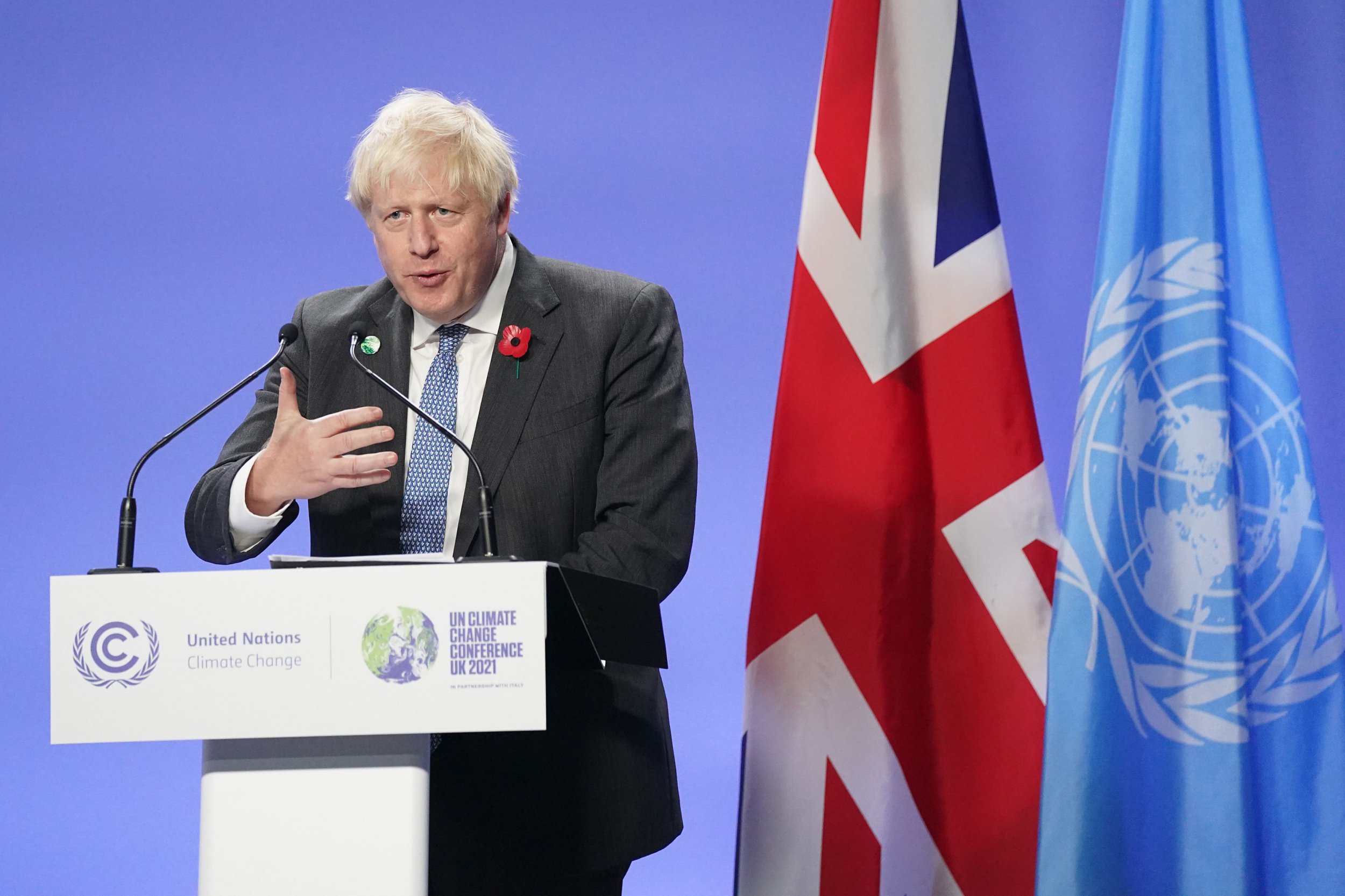 In Rome two days ago he said humanity was 5-1 down in the match-up against the spectre of climate change.

But this time he said: "After two days of talks with around 120 world leaders we have pulled back a goal or perhaps even two.

"And I think we're going to be able to take this thing to extra time because there's no doubt that some progress has been made."

World leaders are preparing to jet out of Glasgow and leave the rest of the bargaining to junior ministers and officials.

Mr Johnson hailed counterparts for ending the "Great Chainsaw Massacre" by vowing to stop chopping down rainforests by 2030.

But he's really holding out for breakthrough commitments for countries to stop cooking the planet with coal and gas-guzzling cars.

At the climate summit in Glasgow:

Hopes of clinching an agreement from leaders to limit global warming to 1.5C were dealt a blow yesterday as arch-polluter India pledged to go Net Zero in 2070 – two decades after the UK's 2050 target.

Mr Johnson, who has staked a lot on the success of the summit, has likened the world to James Bond trying to defuse the ticking time bomb of climate change.

Channelling Greta Thunberg he railed against those who are all "blah blah blah" and no action.

He has dialled up the charm to world leaders and received air support form of David Attenborough and senior royals including the Queen to swing a deal.

The 95-year-old monarch urged the world's presidents and prime ministers to "rise above" politics for the sake of their children and grandchildren.

Earlier today the PM hailed the deal on forests as protecting the "lungs of the planet".

He said: "Let's end this great chainsaw massacre by making conservation do what we know it can do, and that is deliver long-term sustainable jobs and growth as well.

"Today is not just a vital win in the struggle to contain global temperature increases, it is also a huge economic opportunity.

"This is the long-term sustainable path to maintaining to ending the loss of our forests, protecting our sacred biodiversity and helping to keep alive the ambition of 1.5 degrees by the end of the century."

Downing Street said the pledges have been backed by £8.75 billion of public funding with a further £5.3 billion in private investment.