‘I like the view from here’: Love Island’s Ellie Brown goes braless in figure-hugging white dress with racy cut-outs as she poses on her balcony

Love Island star Ellie Brown made sure all eyes were on her on Monday when she shared a racy Instagram while posing on her balcony.

Ellie went braless under a white mini cut-out dress and left very little to the imagination.

Clutching her figure, she wrote: ‘I like the view from here’ as she enjoyed a moment in the sunshine. 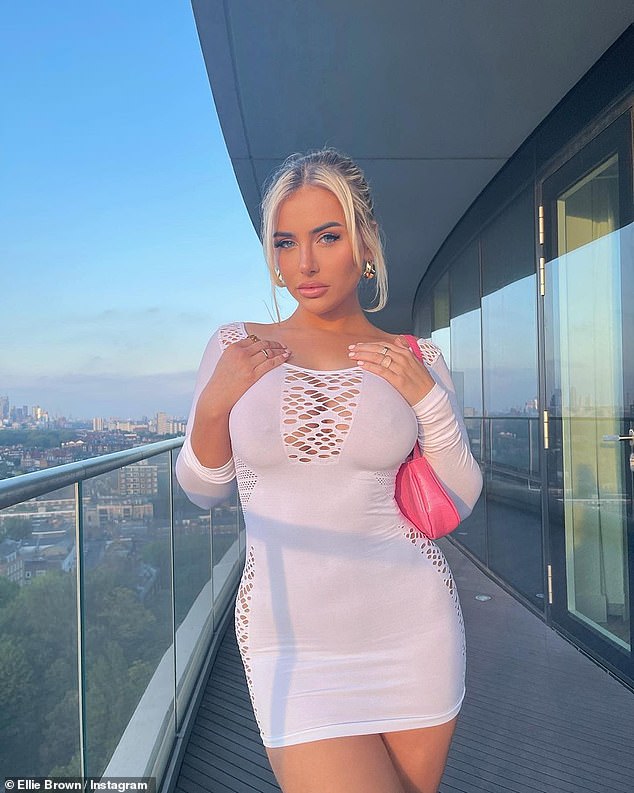 Ice queen: Ellie Brown, 23, went braless beneath a white dress as she showed off her impressive figure on a private balcony in Instagram shots shared on Monday 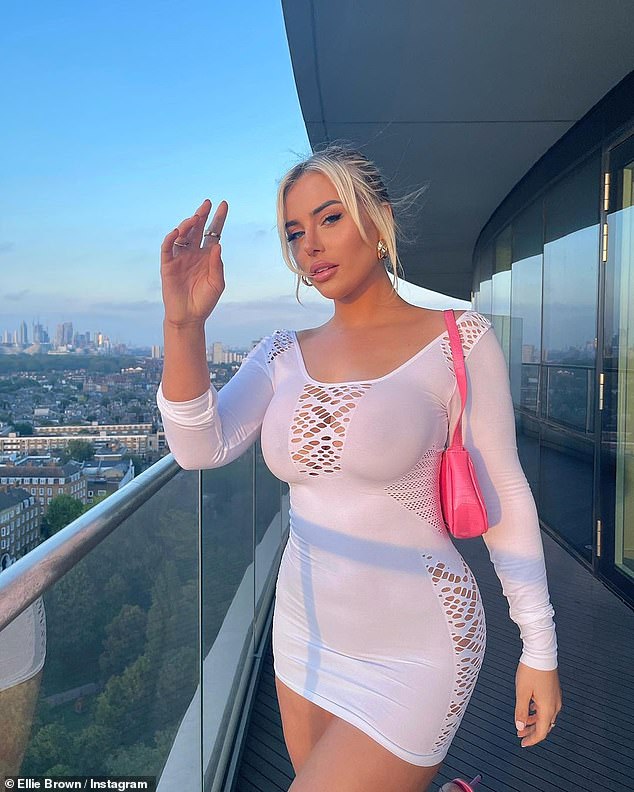 Double trouble: Ellie left little to the imagination in the almost see-through dress

The blonde-haired raven donned the minidress for a social media photo dump.

The strappy vent to the front of her dress left her cleavage on show while the side panels displayed plenty of skin.

Her outfit ensured plenty of leg was visible while she accentuated her height with a pair of heels.

She added a splash of colour with a hot pink handbag while her hair was tied up behind her head. 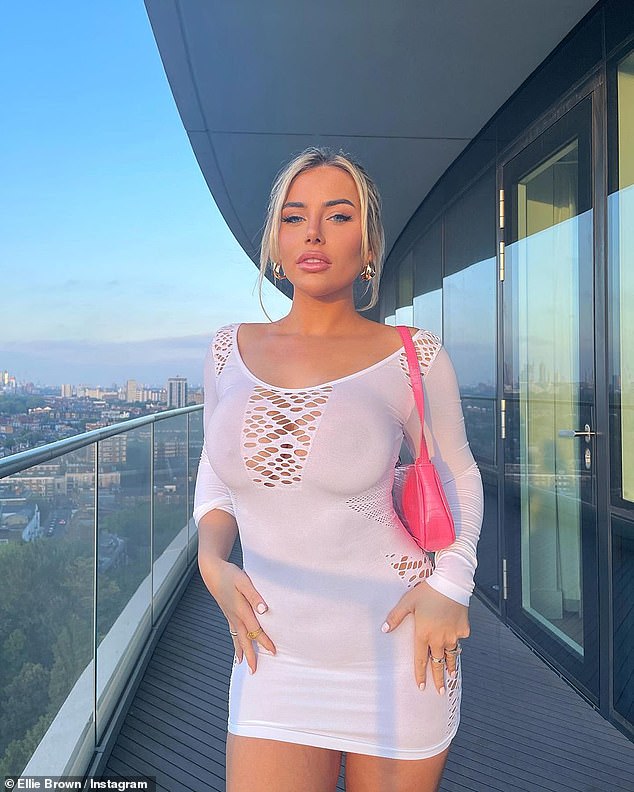 Strike a pose: Ellie did not appear in the slightest camera shy as she proudly showed off the results of her 2019 boob job

The reality star painted her nails white to match her dress while she wore gold earrings and rings on her fingers.

She posed up a storm on a private balcony as she caught the sunset light at golden hour, while the brilliant blue summer sky could be seen in the background.

Ellie underwent a boob job in February of 2019, with a source telling The Sun she decided to go under the knife to make her body ‘more proportionate’.

A source close to Ellie told the publication at the time: ‘Ellie absolutely loves her new boobs – she’s a curvy woman and has always felt having bigger breasts would suit her more…

‘She did this for herself and it has 100 per cent improved her confidence – she feels sexier and more womanly.’

Ellie rose to fame on Love Island in 2018 after she was a late entrant into the show.

She was involved in extreme drama after locking horns with co-star Georgia Steel and also finding love with Charlie – however their romance came to a crashing close amid cheating allegations. 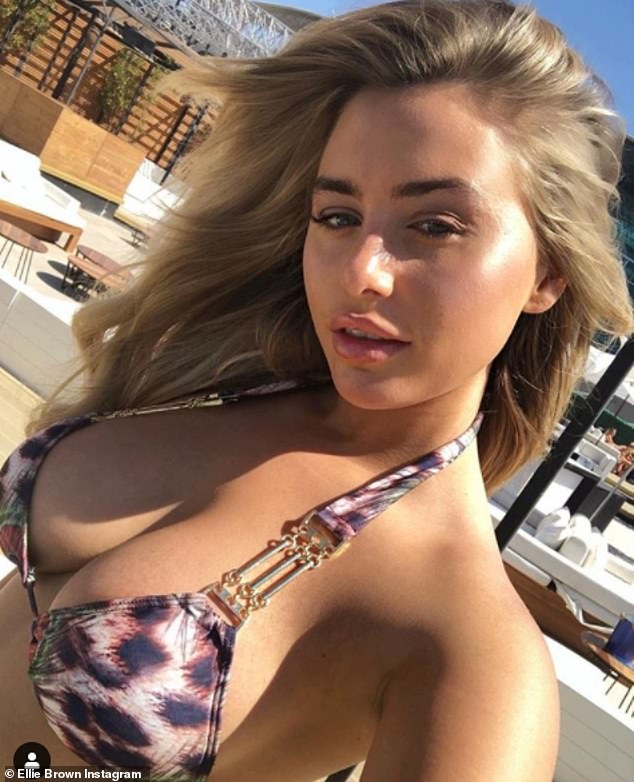 Her best assets? Love Island star Ellie showed off the results of her boob job soon after having the op in an animal print bikini while on holiday in Dubai