It appears Lindsey Buckingham still hasn’t moved on, after being unceremoniously fired from Fleetwood Mac more than three years ago.

The band’s former guitarist, singer, and co-writer of many of their classic hits is once again casting blame on lead singer Stevie Nicks, as well as manager Irving Azoff, for his abrupt removal in January 2018.

In a new interview with the Los Angeles Times, Buckingham maintained Nicks gave the rest of Fleetwood Mac an ultimatum – either he goes or she goes, following his request that the band delay an upcoming 2018 tour by three months so he could promote his new solo album. 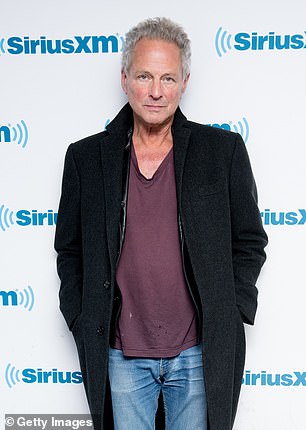 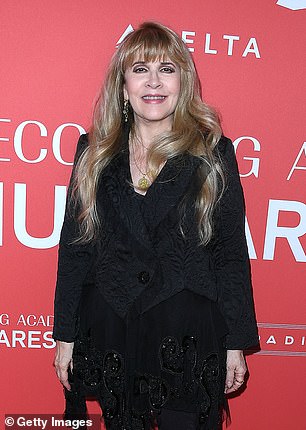 Finger pointing: Lindsey Buckingham revisited his firing from Fleetwood Mac during an interview to promote his solo album with the Los Angeles Times

‘It would be like a scenario where Mick Jagger says, “Either Keith [Richards] goes or I go,”‘ Buckingham, 71, recalled before adding, ‘”No, neither one of you can go. But I guess the singer has to stay. The figurehead has to stay.”‘

He continued: ‘I think she saw the possibility of remaking the band more in the Stevie Nicks vein. More mellow and kind of down, giving her more chances to do the kind of talking she does onstage.’

Through her publicist, Nicks tells a far different ending to Buckingham’s time in the band, calling his version ‘revisionist history.’ 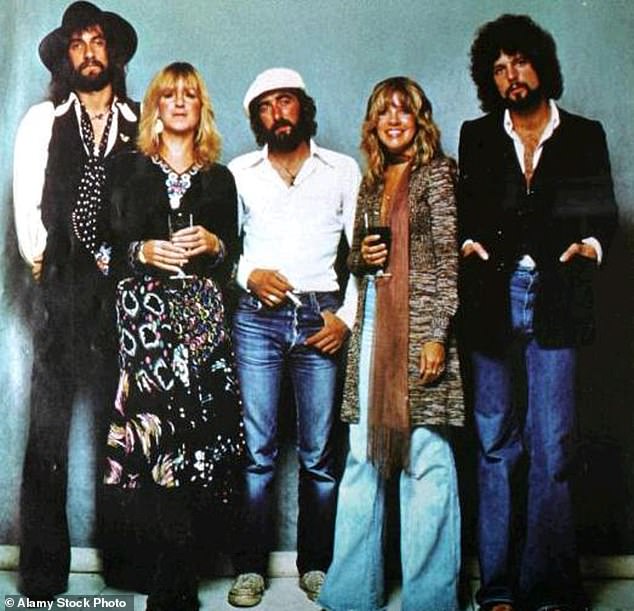 Classic lineup: Buckingham and Nicks joined Fleetwood Mac in 1975 and were an integral part of the success the band would garner with its wildly successful album, Rumours, in 1977

‘His version of events is factually inaccurate and while I’ve never spoken publicly on the matter, certainly it feels the time has come to shine a light on the truth,’ Nicks, 73, says.

‘To be exceedingly clear, I did not have him fired, I did not ask for him to be fired, I did not demand he be fired. Frankly, I fired myself. I proactively removed myself from the band and a situation I considered to be toxic to my wellbeing. I was done. If the band went on without me, so be it. And after many lengthy group discussions, Fleetwood Mac, a band whose legacy is rooted in evolution and change, found a new path forward with two hugely talented new members.’

That move forward was made by firing Buckingham and adding new members – Mike Campbell from Tom Petty and the Heartbreakers and Neil Finn of Crowded House. 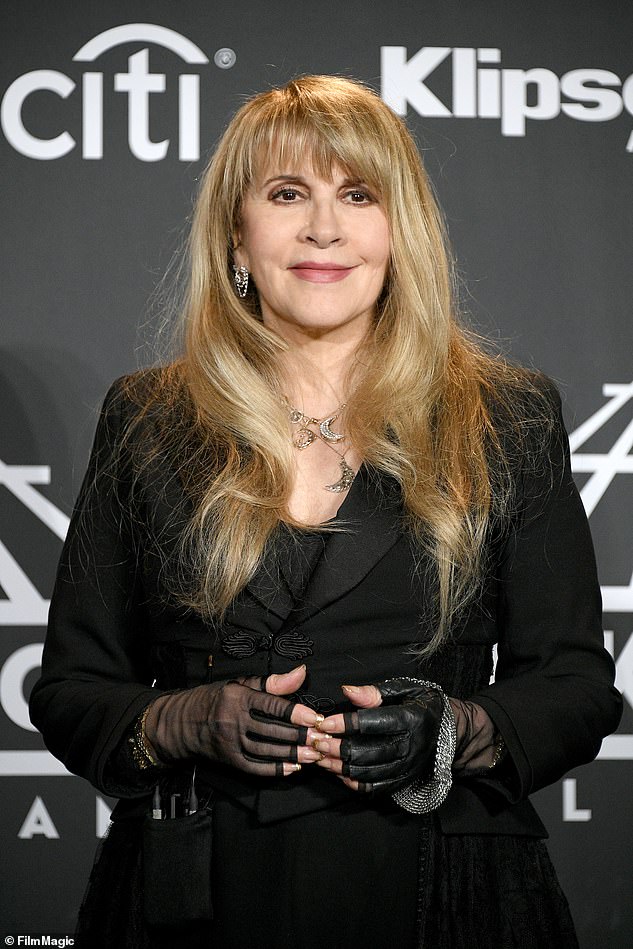 Her take: Nicks denied Buckingham’s claim that she gave the band an ultimatum; she insists she removed herself from a ‘toxic’ situation and that the band as a whole ‘found a new path forward with two hugely talented new members’

Buckingham, who had a much-publicized romance with Nicks in the 1970s, went on to question Nicks’ creativity and energy level, in the time leading up to his firing.

‘I think that was hard for her, seeing me jump around in an age-inappropriate way,’ he said, before directing his comments on her personal life and the choices she made to remain in the band.

‘Also, she’s lonely. She’s alone. She has the people who work for her, and I’m sure she has friends, but you know.’

Nicks retorted, ‘Those are my decisions that I get to make for myself. I’m proud of the life choices I’ve made and it seems a shame for him to pass judgment on anyone who makes a choice to live their life on their own terms.’ 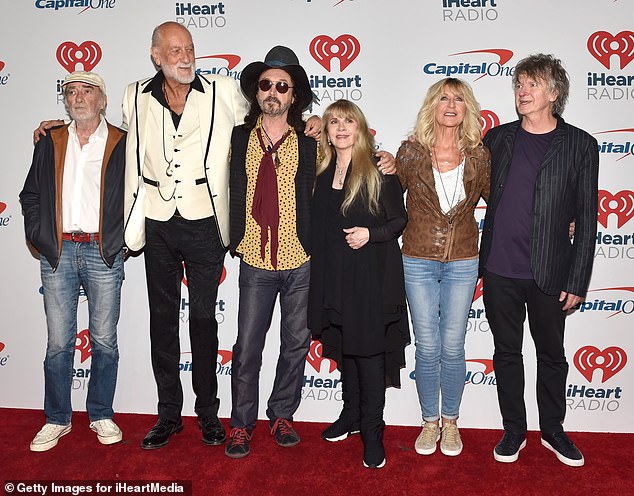 Buckingham also called out Fleetwood Mac’s manager Irving Azoff for his firing, claiming his decisions were ‘driven by the money.’

Azoff also had a different recollection of Buckingham’s ousting.

‘I have historically declined comment on artists, but in the case of Lindsey Buckingham, I will make an exception. In speaking with Stevie, her account of events are factual and truthful. While I understand it’s challenging for Lindsey to accept his own role in these matters and far easier to blame a manager, the fact remains that his actions alone are responsible for what transpired,’ the famed music mogul, 73, explained.

‘Frankly, if I can be accused of anything it’s perhaps holding things together longer than I should have.’

He also pointed out that the band ended up yielding their highest grossing tour ever after Buckingham’s departure. 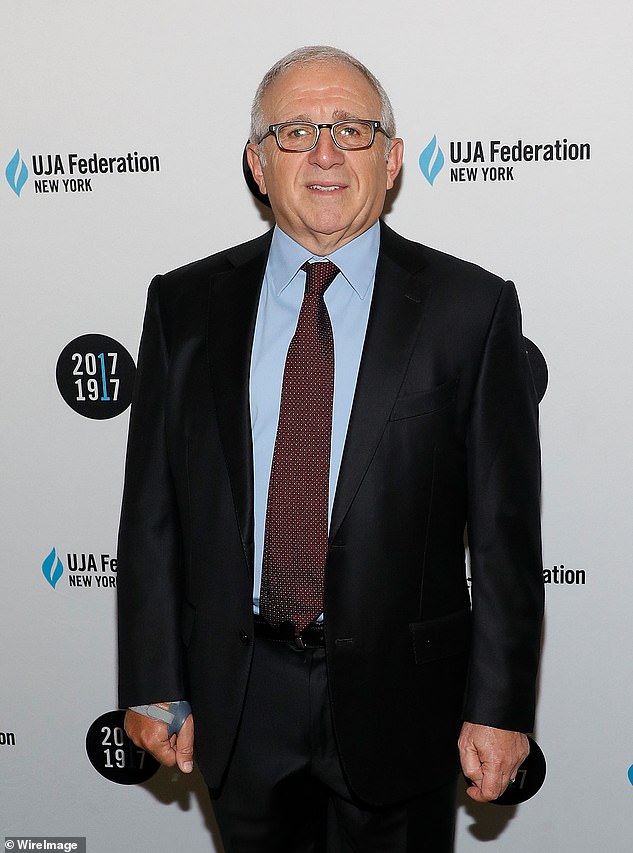 The manager’s take: Band manager Irving Azoff spoke out on Buckingham’s departure, saying that ‘his actions alone are responsible for what transpired’

Following his departure, Buckingham filed a $12 million to $14 million lawsuit against former bandmates: Nicks, Mick Fleetwood, Christie McVie and John McVie for lost wages that he would have earned from the 2018 tour. It was eventually settled in December of 2018.

Buckingham’s solo album at the center of his request to promote in 2018 is slated to finally be released on September 17. It was delayed, in part, when he suffered a heart attack in February 2019, and his subsequent rehabilitation that followed.

Both Buckingham and Nicks joined Fleetwood Mac in 1975 and became part of what’s known as the classic line-up of the group following the huge success of their Grammy Award winning album Rumours in 1977.

The group has seen several members leave the group over the decades only to return, including Buckingham who first departed in 1987 but rejoined 10-years later and stayed with the group until his firing in late January 2018.

Buckingham is already out on tour in support of his latest solo effort. 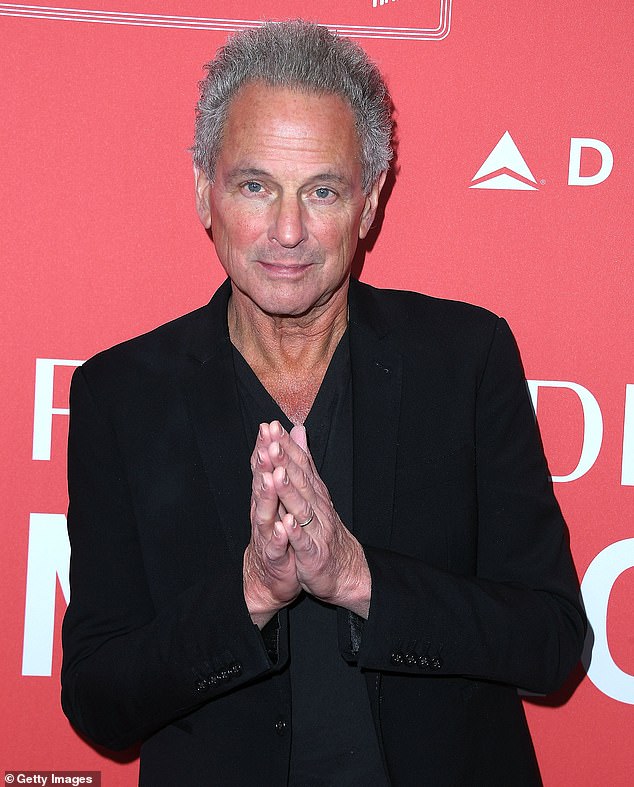 Fallout: Buckingham sued Fleetwood Mac following his departure, which has since been settled; the singer and guitarist is currently out on tour in support of his latest solo album