A COUPLE were heartbroken to be told their daughter, six, was riddled with cancer, after what they thought was just growing pains.

Little Eden Smith, from Holmfirth, West Yorkshire, had been complaining of sore legs for a few weeks in spring this year. 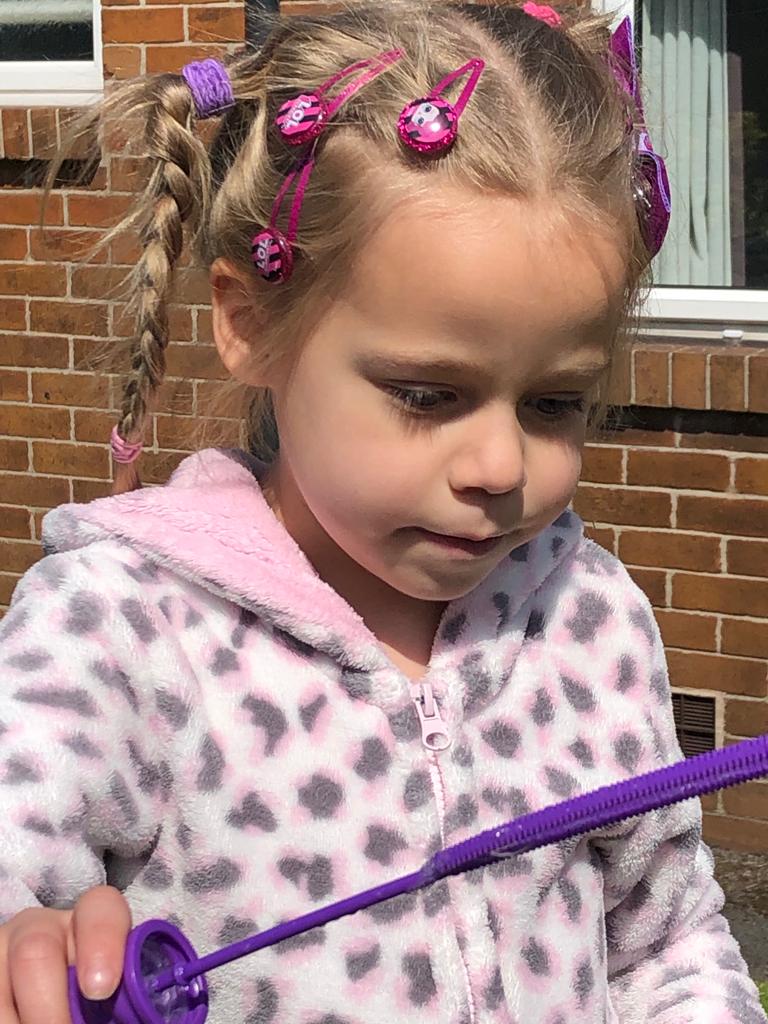 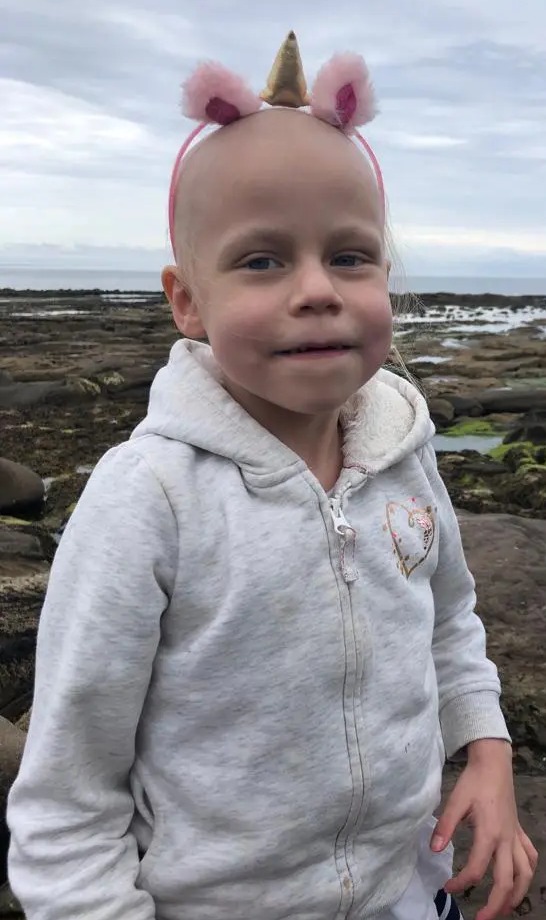 But when her health started to go downhill, doctors thought it would be safest to take some scans.

Parents Jen, 46, and Lee, 47, never imaged they’d be given the heartbreaking news that they’re daughter had the late stages of neuroblastoma, a rare childhood cancer.

Jen, said: “She didn’t just have a little bit of cancer – it was in her tummy (which we later learned to be the site of the main tumour), her back, her legs, her chest, the back of her head and above her eye.”

The family desperately needs £280,000 for revolutionary treatment in the US.

Jen, a teacher, said: “For a couple of weeks, Eden had been complaining of pains in her legs which we had just put down to growing pains.

“We had a telephone consultation with the nurse practitioner who also said growing pains.

“When she returned to school on the Monday following the Easter break, she was sent home on the first day because she was complaining of leg pain, drip-white and shaking.

“Windows in school were constantly open due to clean airflow needed to reduce risk of Covid, but this was more than her just being cold.

"So I took her to A&E where thgroey X-rayed her legs (nothing broken) and referred us to a paediatric orthopaedic clinic later that week.”

The following day, Eden was sent home from school again and Lee called the doctor, who prescribed something to help with the pain.

A few days later, Eden saw the paediatric orthopaedic consultant, who was more concerned about her symptoms.

Jen said: “He ordered an ‘urgent’ blood test. Following that he sent us to Calderdale where they took more bloods and kept us in for an MRI the following morning.”

Doctors decided to do CT scans too, given Eden was already sedated.

Jen said: “I was then told that they don’t usually let two parents in, but I could ask Dad to come visit at 2pm. He did and we were asked to go into a room with the doctors where we were told the news which crushed us.

Doctors found tumours throughout Eden’s body and she was classed as having a “high risk” version of the disease because of how aggressive it was.

Some of the symptoms of neuroblastoma include a swollen or painful tummy, breathlessness, a lump, weakness in the legs or an unsteady walk, bone pain and fatigue.

Eden and Jen were taken to Leeds by ambulance, while Lee followed in his car.

Jen said: “Lee and I were again escorted into a room with doctors who broke the even-more devastating news that Eden has a stage 4 neuroblastoma.”

Lee said: “When I heard the news I was numb, confused and filled with fear. I don’t think it really kicked in straight away as we were separated after the news.

“I went home and only when I got home did I take on board what I had just heard. It was then that I started thinking how long we would have Eden in our lives, days, weeks, months or years.”

Chemotherapy started immediately – Eden and Jen stayed in hospital for a week at a time, before going home for a few days, and then heading back for more chemo, for a full 80 days.

Service manager Lee was unable to stay with Eden throughout the treatment due to Covid restrictions, instead staying at home with Eden’s older sister Tia, nine.

Sadly, after the treatment scans showed the cancer had responded but not enough for them to carry out surgery on the main tumour in her abdomen.

Now, she is in the middle of five more rounds of chemotherapy, each lasting five days.

Her team hopes she will then be able to have surgery on 15 December.

After relapse the survival chances are around 15 per cent. This is why we need funding to raise enough money to send Eden to America for treatment

Even after surgery, Eden will have to go through more gruelling treatment including high dose chemo followed by radiotherapy and immunotherapy, which will hopefully lead to remission.

But the risks of relapse are high.

Given this, Lee and Jen are desperate to raise the money to travel to the US for the bivalent vaccine.

Lee said: “The cost of the bivalent vaccine is approximately £280,000. This includes flights, hotels and scans for the seven trips required to have the vaccine.

“This is a rare form of children’s cancer which is diagnosed in fewer than 100 children a year,” Lee told Jam Press.

“This is due to the aggressive nature of the cancer. After relapse the survival chances are around 15 per cent.

“To access the bivalent vaccine Eden would need to achieve remission or remission after first relapse.”

Any money not needed will be distributed between other families going through the same battle and Neuroblastoma UK, the couple said.

Lee said several fundraising events had already been organised, including a 22-mile ”Gardens of Eden” walk in February, hopefully with over 150 people taking part to date. 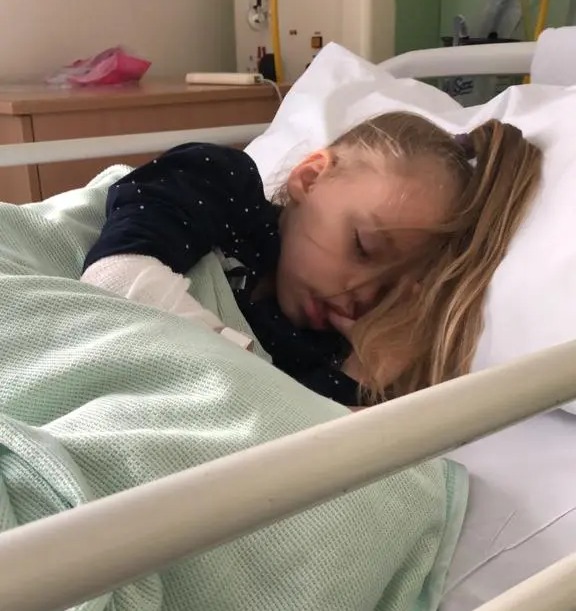 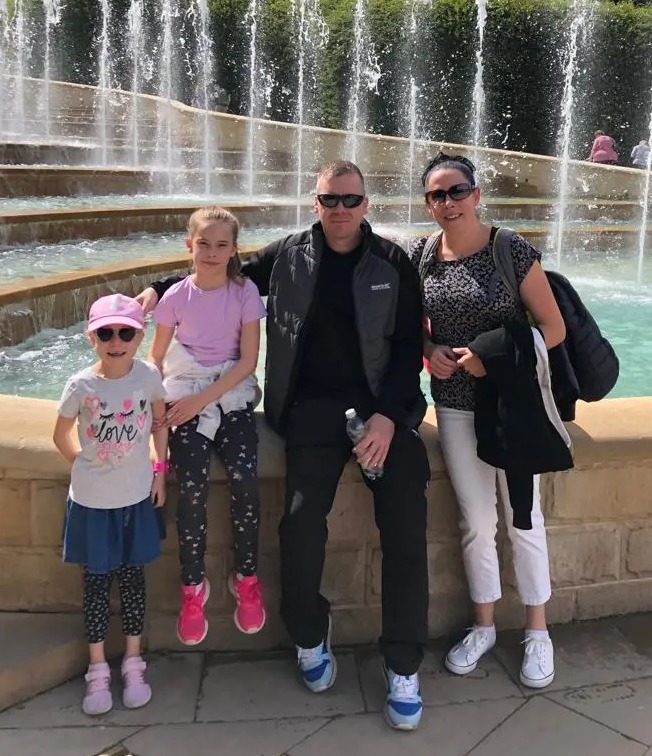 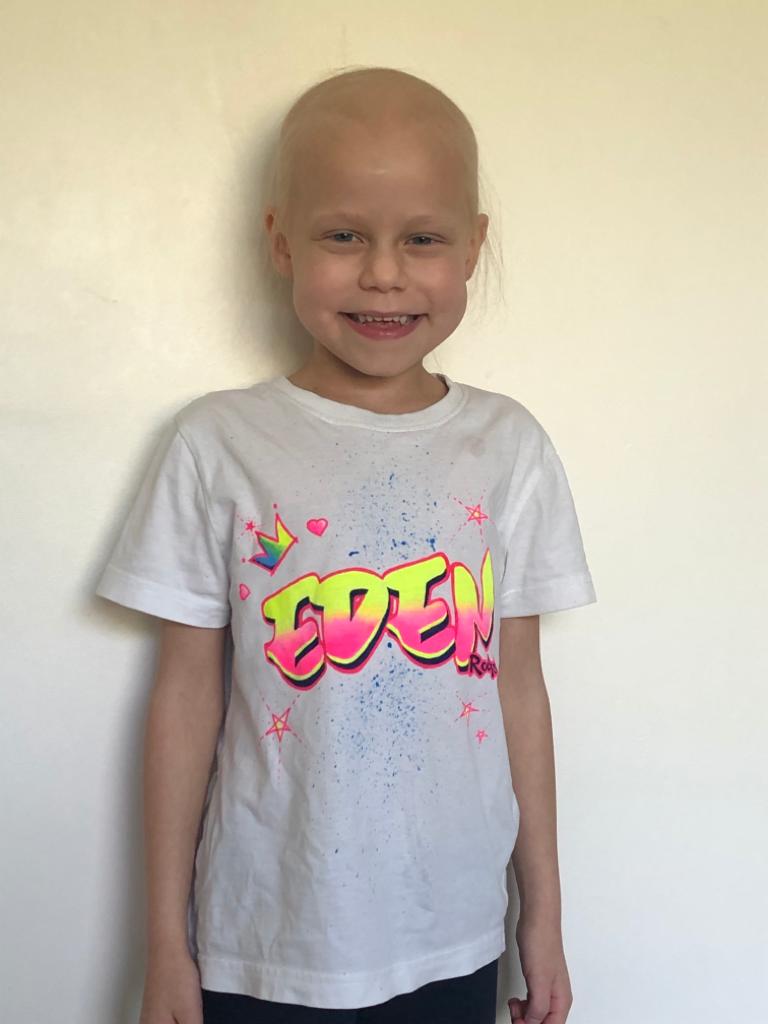 Neuroblastoma affects around 100 children each year in the UK and is most common in children under the age of five.

The NHS says symptoms of neuroblastoma vary depending on where the cancer is and whether it's spread.

The early symptoms can be vague and hard to spot, and can easily be mistaken for those of more common childhood conditions.